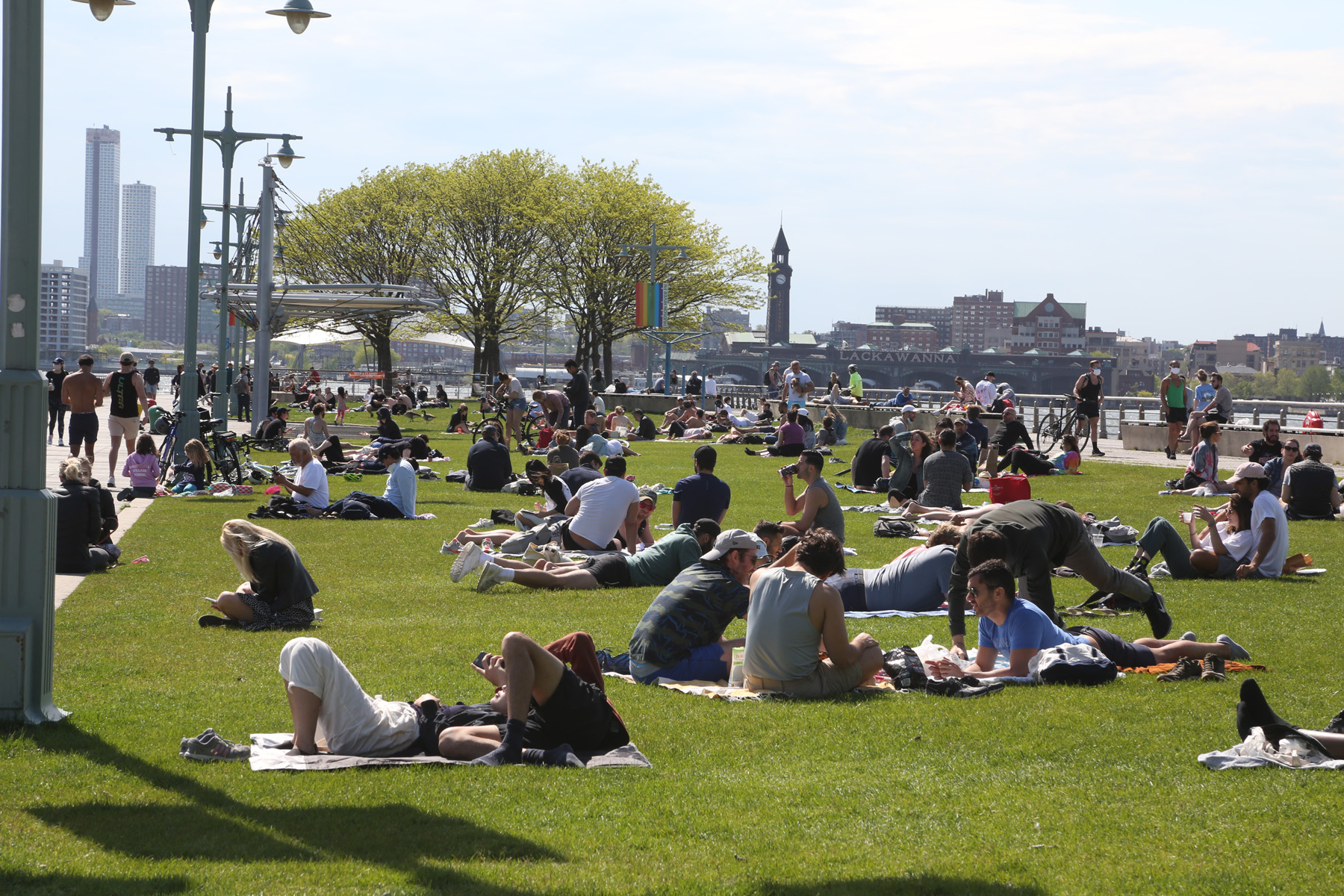 Hanging out on Pier 45 a.k.a. Christopher St. Pier a.k.a. No-Mask Pier on Sunday. (Photo by © Jefferson Siegel)

The young and the maskless; or hot town, spring in the (COVID) city

The weather is now really warming up and “lockdown fatigue” is sending Downtowners streaming to the parks and waterfront. People are also increasingly hanging around outside local bars with their takeout beers and drinks.

Over the weekend and last week, people clustered in small groups — mostly without face masks — on the lawns in Tompkins Square Park and the Christopher St. Pier, in Hudson River Park.

Last Friday evening, on the corner outside Niagara bar, at Seventh St. and Avenue A, a socially non-distancing crowd was gathered, while, nearby on St. Mark’s Place, others watched a Santana-style electric guitarist jamming on the sidewalk in front of East Village Social.

Wednesday night outside East Village Social, the East Village All-Stars — featuring Satchmo-style Smidge on trumpet — were playing on the pavement and drawing a small crowd.

Farther down on the Lower East Side at Pier 35, many people have not been wearing masks while crowding close together — even though an entire several-blocks-long walkway along the East River is open just around the corner.

The group Friends of Pier 35 tweeted out their alarm over the situation, calling on the city to send “social ambassadors” to the pier and hand out face masks.

After videos of some rough arrests recently went viral, Mayor de Blasio has now said police will no longer enforce for not social distancing or not wearing a mask. However, he said, police will still disperse large crowds.

In just a month from now, summer begins.