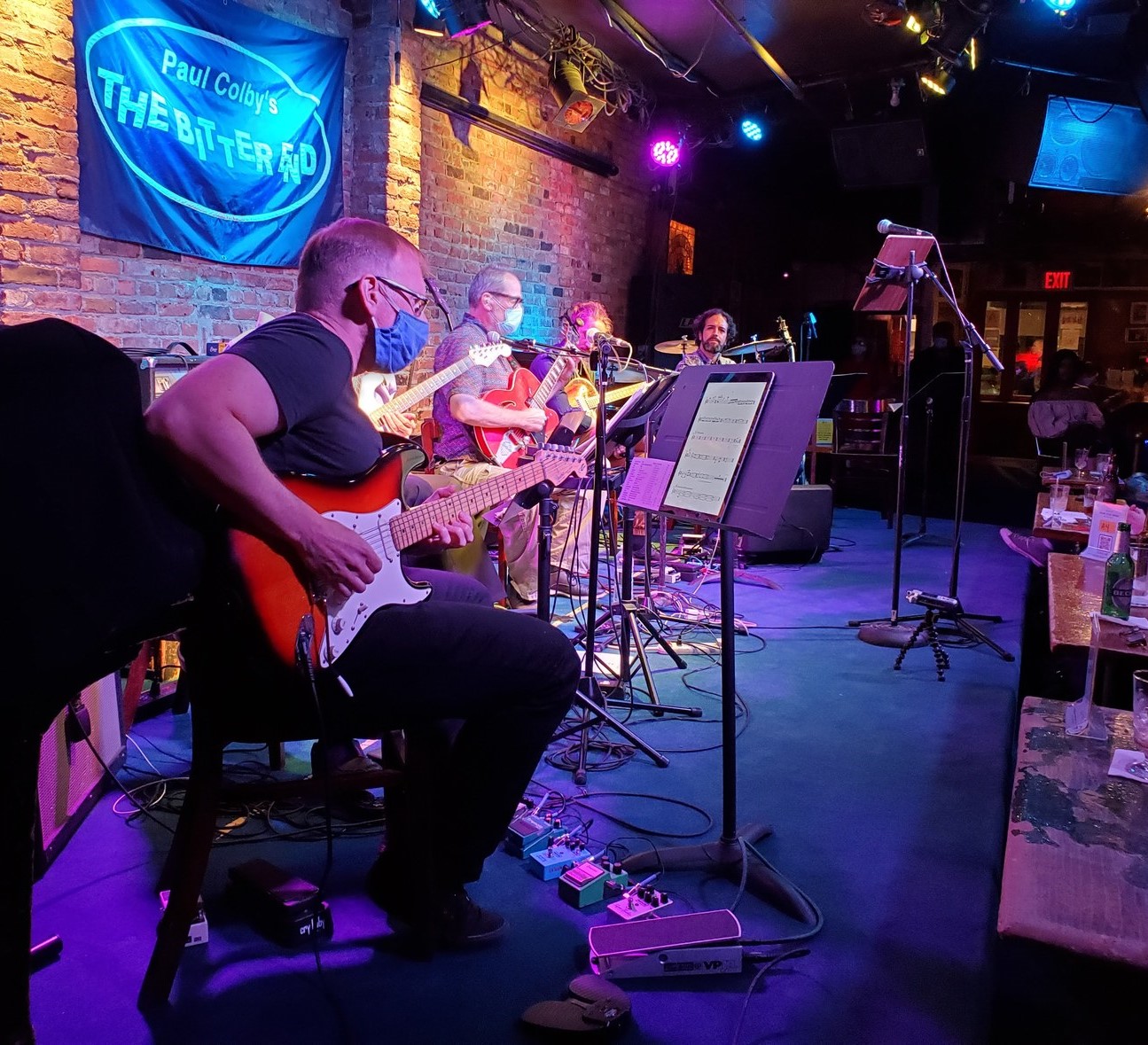 The Village Trip goes out with a bang of great music

BY THE VILLAGE SUN | From a big band blaring Latin-spiced jazz in Washington Square Park to a phalanx of electric guitarists playing Frank Zappa and a special 50th-anniversary performance of Joni Mitchell’s landmark “Blue” album, The Village Trip’s final weekend was awash in music.

The nine-day annual festival, in its third incarnation, wrapped up in grand fashion on Sept. 25 and 26.

Saturday afternoon saw Bobby Sanabria and his band fill Washington Square Park with the sweet sounds of jazz at a free concert. Also joining them was singer Janis Siegel of Manhattan Transfer fame.

Later that evening, Bodies Electric, a group of classically trained musicians who play together on electric guitar, performed songs by Frank Zappa, his idol Edgard Varese and others at The Bitter End. They started with a psychedelic “Star-Spangled Banner” a la Jimi Hendrix and finished with an extended jam on Hendrix’s “Hey Joe” because, as one of them said afterward, “It’s easy to play — and we all know how to play it.”

Sunday evening, after having led a walking tour of his old Greenwich Village haunts that afternoon, the indefatigable David Amram was back onstage at The Bitter End for a classic folk hootenanny to close out the festival. Joining the fest’s 90-year-old “artist emeritus” were fellow musicians Christine Lavin, David Buskin, Robin Batteau, David Massengill, Hannah Reimann and Michele Temple.

Afterward, Reimann — who is an advocate for “stretto” keyboards — played Joni Mitchell’s entire “Blue” album in honor of the 50th anniversary of its release. The classic disc helped her get through a difficult moment in her life, she said, noting that many have felt the same way about it.

“It’s so satisfying to play all the songs from this album in order,” she said. “The ups and downs. We all feel these things.”

She noted the LP contains “two of the most covered songs ever, ‘River’ and ‘A Case of You.'”

However, admitting “Blue” is “kind of sad,” she tacked on two more Joni tunes at the end — including “Big Yellow Taxi” — “to pick up the vibe a little bit.”