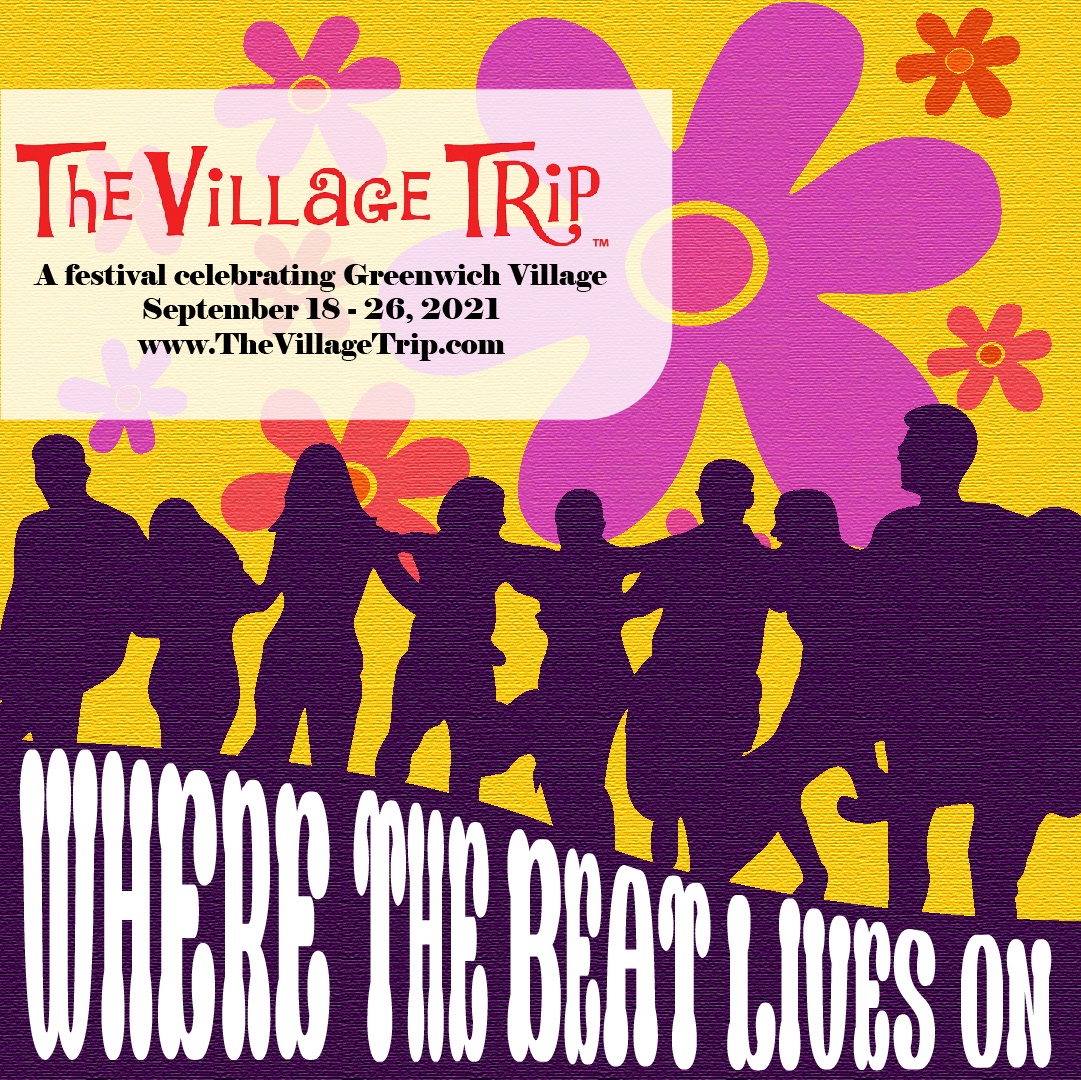 The Village Trip will return in September, bigger and better than ever.

The Village Trip Festival returns in September with nine days of music, art and culture

Greenwich Village’s rich history of creativity and activism will drive dozens of music, art and cultural events throughout the iconic neighborhood during the third installment of The Village Trip Festival from Sept. 18 to 26.

Seven-time Grammy nominee Bobby Sanabria and his Multiverse Big Band will bring Latin jazz to a free concert in Washington Square Park on Sat., Sept. 25, while the folk revival will return to The Bitter End on Sept. 26, and classical compositions by Village residents Harold Meltzer and David Del Tredici will fill the sanctuary of St. John’s in the Village on Sept. 23 and Sept. 24.

Inspired by the Edinburgh Festival, which began in 1947 as a way of reviving the city after World War II, the aim of The Village Trip is to rally Greenwich Village as the COVID pandemic releases its grip on city life.

British journalist and author Liz Thomson founded The Village Trip in 2018, bringing singer Suzanne Vega to Washington Square Park and tapping into the neighborhood’s heritage of music, literature and drama.

Thomson, who lives in London, fell in love with Greenwich Village on her many trips to New York covering the music scene and the publishing industry.

“I couldn’t believe there wasn’t a Greenwich Village arts festival,” she said. “Every town in England has a festival.”

David Amram, who was the musical director of the first season of Joe Papp’s Free Shakespeare in the Park in 1957 and performed with Jack Kerouac, Charles Mingus and Thelonious Monk in the Village in the 1950s and ’60s, now serves as artist emeritus of The Village Trip and will perform once again at this year’s festival.

As Amram puts it, the first two iterations of The Village Trip “provided endless joy, enthusiasm and a true community spirit that filled Greenwich Village in the same way that the first season of Free Shakespeare in the Park did for all New Yorkers back in the summer of 1957.”

In 2021, The Village Trip will greatly expand its scope and reach, running for nine days and offering activities for people of all ages.

Bill Groom, production designer for the Amazon series “The Marvelous Mrs. Maisel,” will lead a walking tour of the Village, noting places in the neighborhood shown in the series.

Bill Goldstein, who is writing a biography of playwright and AIDS activist Larry Kramer, will talk about work on that book at the New York City AIDS Memorial.

Other festival activities will include a concert by young performers from the Third Street Music School Settlement, presentations of scenes by students at HB Studios, a theater crawl, a Land of the Blacks tour led by Kamau Ware, a Willa Cather tour led by Tom Gallagher, an architectural tour, a rock-and-roll tour, and an L.G.B.T.Q. tour.

Public historian Kathleen Hulser will lead people on a tour focusing on the “Bad, Rad and Boho Women of the Village.”

Young-adult author Diane Zahler will give a reading, as will other children’s book authors. Writer Brad Gooch will talk about his novel “Smash Cut,” which is set in the Village of the 1970s and ’80s.

Restaurants and bars in the neighborhood will participate by offering special Village Trip cocktails and dishes on their menus during the course of the festival.

“This year, The Village Trip will have special resonance and meaning, as the neighborhood recovers from COVID and looks to the future,” said Clifford Pearson, joint artistic director of the festival. “As a Village resident, I know we all need the chance to remember what we’ve been through and celebrate where we are headed.”

The Greenwich Village Chelsea Chamber of Commerce is partnering with The Village Trip to organize this year’s festival, which will be the third event in its Live the Village Initiative to bring foot traffic back to the Village this year and beyond.

“The Village Trip is a community-wide celebration of all things Greenwich Village, from the revolutionary ideas to the experimentation, the wildness, the sheer madness and joy of it all,” said Maria Diaz, the chamber’s executive director.

According to an April 2021 report from the New York State Comptroller’s Office, tourism in New York City fell 67 percent in 2020, and various estimates suggest hundreds of thousands of residents fled due to COVID-19, both factors causing significant economic, social and cultural impact. Governor Cuomo announced that as of June 15, all COVID-19 restrictions are lifted since more than 70 percent of New Yorkers have received at least the first dose of the COVID-19 vaccine.

The newly lifted restrictions, rising vaccination numbers and warm temperatures have allowed for more time outdoors, making people excited to return to activities they enjoy and to support the city they love.

G.V.C.C.C.’s goal is to provide unique experiences for the businesses, residents and community members of the West Village through advocacy, networking and education. Building on the success of the two previous events in the Live the Village Initiative — Art on the Ave and Shop the Village — The Village Trip will feature a broad range of activities.

Other participating organizations include the historic Washington Square Hotel, the festival’s founding sponsor and home base, Village Preservation, the Village Alliance business improvement district, the New York City AIDS Memorial and the Center for Architecture.