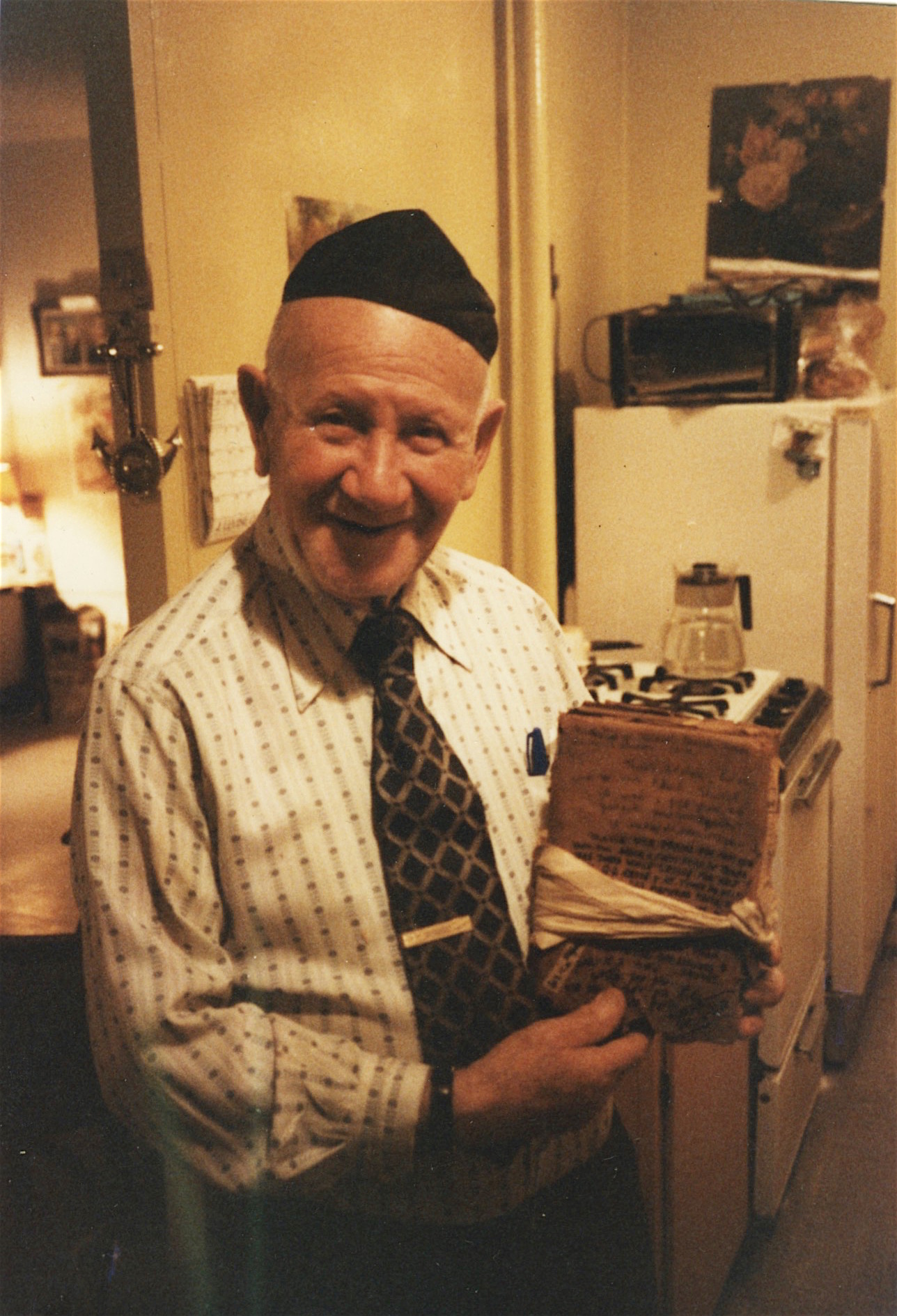 Isidore Shuket in his apartment on E. Houston St. (Photo by Harry Pincus)

BY HARRY PINCUS | Every season, at the outdoor art show in Greenwich Village, a little old man with a hat and a checkered sport coat would come by, carrying two shopping bags from The Pushcart, a popular discount emporium. The shopping bags were full of old picture frames which the old man was selling, for a dollar or two, to the street artists.

We became friends, and Isidore Shuket told me that he had been selling frames to the artists of Greenwich Village for decades. He vividly remembered a disheveled Arshile Gorky, as well as many other painters you would find at the Museum of Modern Art these days, from when they were selling their pictures on the street.

Mr. Shuket lived in a little apartment on Houston St., next door to the old synagogue, and directly across the street from Katz’s Delicatessen. He invited me over, and showed me his gallery of the 105 beloved souls that he prayed for every day. When he was finished praying, he walked to the river, and fed the pigeons.

The season came when Mr. Shuket was missing from the outdoor art show. I never saw him again, but I never forgot him.

Here is the wisdom of Isidore Shuket, as transcribed by him, and handed on to me.