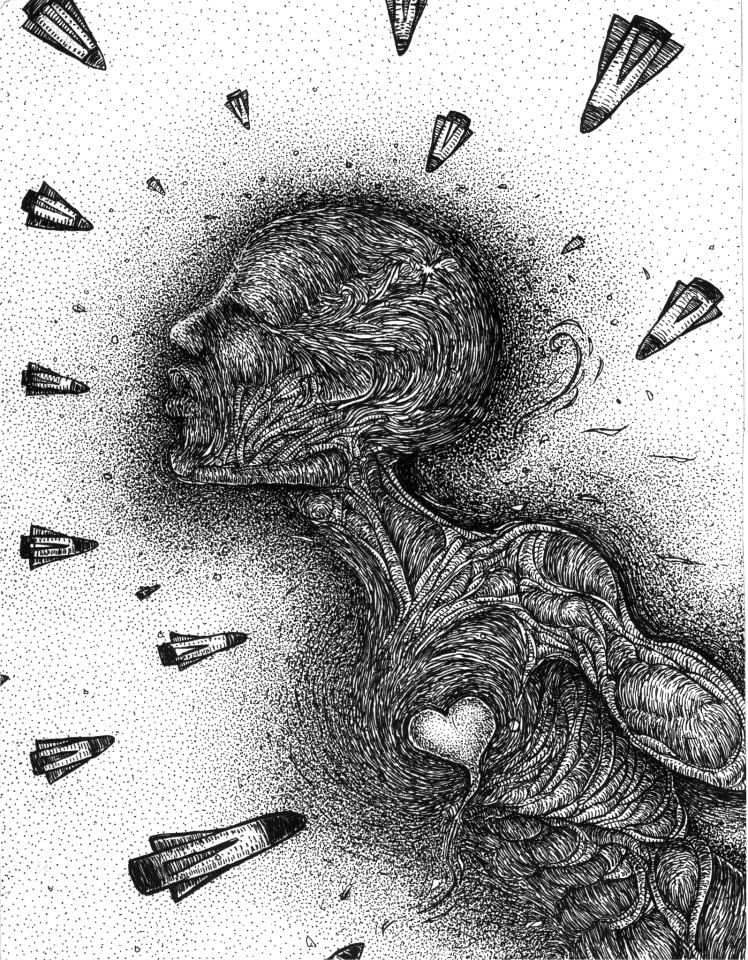 The pain of racism

East Village artist Mac McGill shares another of his illustrations with The Village Sun, evoking the devastating impact of racism.

In the latest high-profile incident of police violence against an unarmed black man, on April 11, Kim Potter, a 26-year police veteran in Brooklyn Center, just outside Minneapolis, fatally shot Daunte Wright, 20, during a traffic stop.

Potter, who will be charged with manslaughter, claims to have mistakenly thought she was holding a taser not a Glock, even though tasers are noticeably lighter than loaded guns.

Wright’s killing comes amid the murder trial of former Minneapolis cop Derek Chauvin, who is accused of killing George Floyd last May 25 by kneeling on his neck for more than nine minutes.