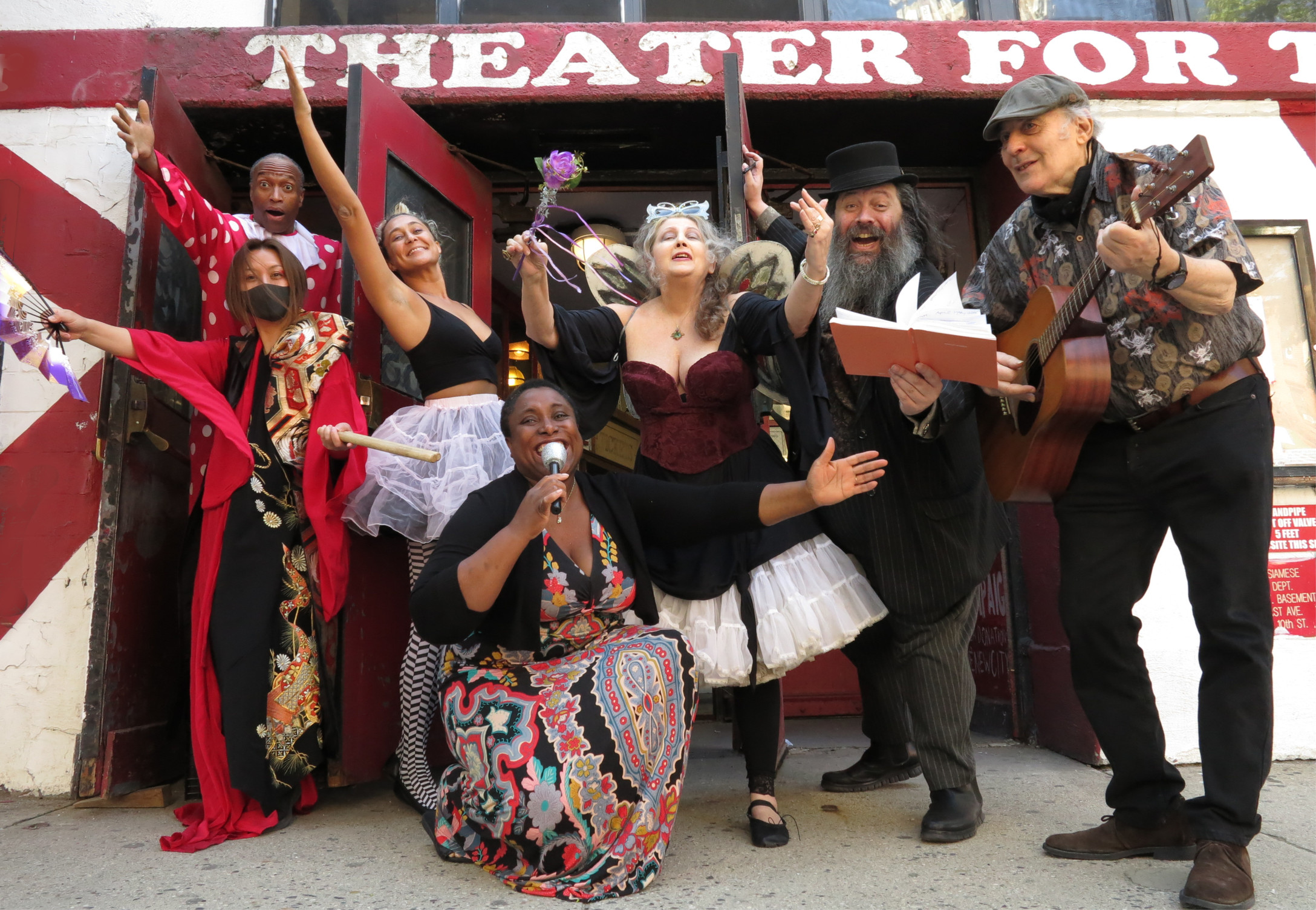 The Lower East Side Festival of the Arts is live again

The Theater for the New City’s Lower East Side Festival of the Arts is back performing to live audiences again — with an emphasis on safety this year.

The iconic festival, which had to be presented virtually last year, returns this Memorial Day weekend from Fri., May 28, to Sun., May 30, as an indoor and outdoor live audience event.

This 26th version of the fest includes 180 performances.

Extra precautions are being taken for the safety of the festival’s audiences and the theater, dance, performance, music, film, literary and visual artists who are participating. All events will be presented in and around Theater for the New City, at 155 First Ave. (at E. 10th St.). Admission is free but donations will be gratefully accepted.

“People don’t know we’re open,” Crystal Field, the theater’s executive director, said. “We had 24 weeks of ‘Open Tho’ Shut’ and they were very well attended.”

She was referring to the performances that the theater staged out of its E. 10th St. “Chop Shop” space to audiences outdoor on the sidewalk.

The event started in 1996 as a three-day, indoor and outdoor multi-arts festival. It featured two theater spaces at TNC, plus used the block of E. 10th St. between First and Second Aves.

For the past 25 years, the festival has been organized by TNC and a coalition of civic, cultural and business leaders and presented free to an average attendance of 4,000. Last year, with the coronavirus quarantine, it was mounted entirely on TNC’s Web site for virtual viewing.

This year, the festival’s theme is “LES Is Home Again” to celebrate its return to live audiences and the reopening of TNC’s performance complex. Indoor performances will be from 6 p.m. to 11 p.m. in two of TNC’s four theaters. An art show will fill the TNC lobby spaces.

From 10 a.m. to 6 p.m. each day, vendors and food sellers, including booths from nearby restaurants, will set up in the closed-off block of E. 10th St. between First and Second Aves. An outdoor stage will feature music and multi-discipline performances from 1 p.m. to 5 p.m. each day and poetry on Saturday from 1 p.m. to 4 p.m.

All the theater’s staff are fully vaccinated and its HVAC systems have new air-filtration systems. Masks and temperature checks will be required for both performers and theatergoers, all of whom must present either proof of vaccination or negative COVID test results from the last three to five days for admission.

“We had one negative experience,” Field admitted, referring to an incident a few weeks ago. “We had to turn a couple away. They said they had not gotten vaccinated and had not gotten tested and weren’t going to. They said, and this is a quote, ‘We’re all going to die.’

“If you come in here and say, ‘I don’t have it and I’m not going to do it,’ don’t come here,” she said. “There are some people that just like to cause trouble. But since then, we haven’t had any problems. And the audience actually likes these restrictions because it makes them feel safe.”

Seating will be socially distanced, employing every other seat in every other row. Pods of seating are available for audience members who have quarantined together. Hand sanitizer stations are numerous and available at the entrances. Onstage microphones will be sterilized between acts by the running crews.

“We’re not doing any shows where people kiss or hug,” Field noted. “But do they get near each other? Yes.”

A “poetry jam with prose on the side,” curated and hosted by Lissa Moira, will offer readings by 36 literary artists. There will be various cabaret, comedy and magic acts. Works by 40 visual artists, curated by Caroline Ratcliffe, will be displayed in the lobby.

Elected officials appearing will include state Senator Brad Hoylman on Friday at 8:15 p.m., Assemblymember Harvey Epstein at Friday at 9 p.m., City Councilmember Carlina Rivera on Saturday at 7:15 p.m. and Gonzalo Casals, the commissioner of the Department of Cultural Affairs, on Sunday at 7:30 p.m.

A list of participating artists, can be viewed at www.jsnyc.com/season/LES-2021.htm.

This year, the festival is dedicated to the return of live audiences, but in order to offer it to the widest possible following, many performances, both inside and outside, will be live-streamed on the TNC Web site, www.theaterforthenewcity.net.

With the need to rely on vaccination and testing in order to preserve the theater as a “safe space,” it was decided to forego children’s audiences this year.