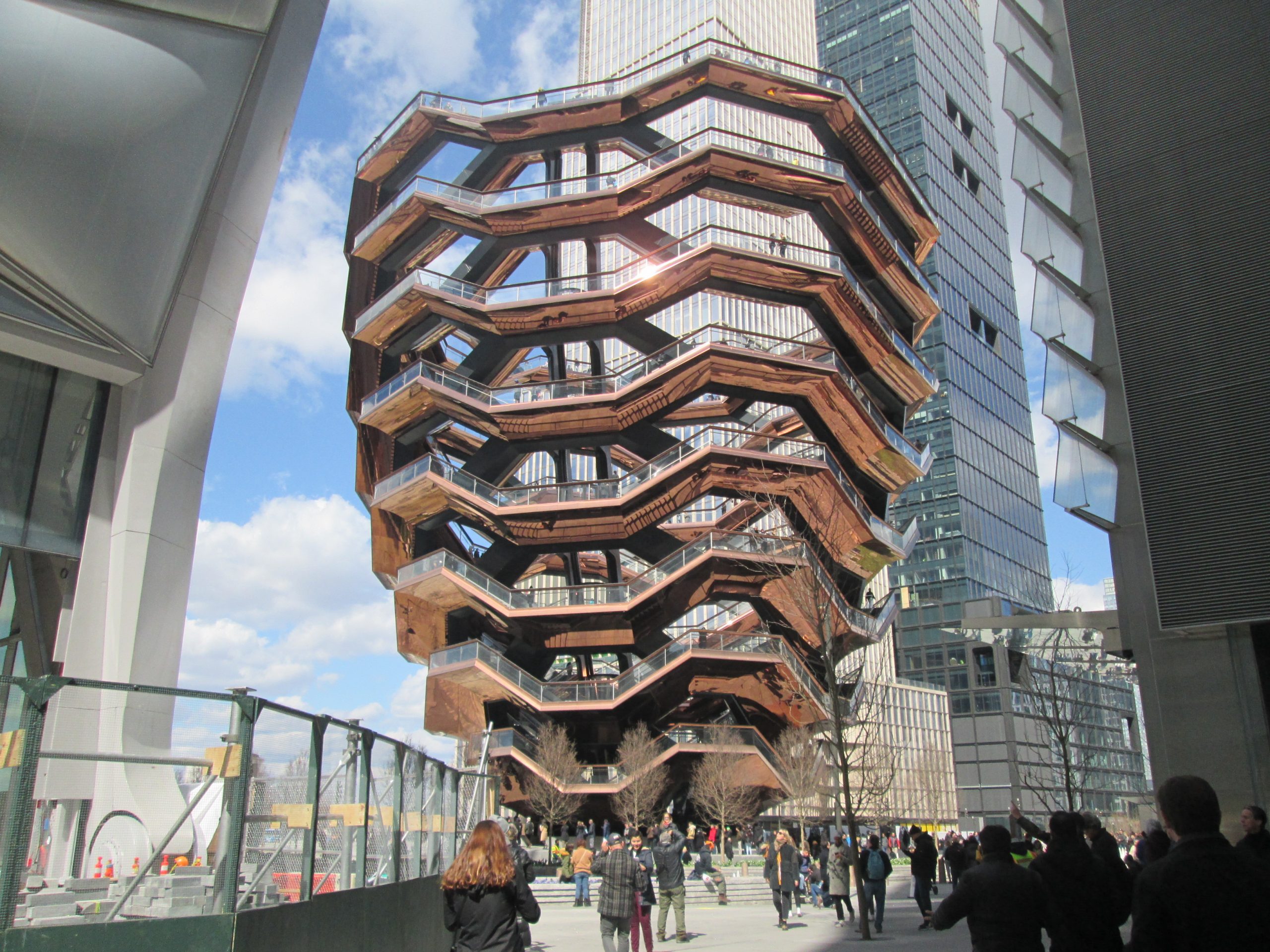 Teen leaps to his death from The Vessel in Hudson Yards

The tragic incident happened around 6 p.m.

News reports identified the victim as Peter De Salvo, of Basking Ridge, N.J., who attended Sacred Heart University. The teenager enjoyed playing rugby and was said to have been seemingly well-adjusted. He reportedly was alone when he jumped from the sculpture’s six-floor level.

A 150-foot-tall, walkable steel honeycomb of a structure, The Vessel was designed by English architect Thomas Heatherwick as the pricey new West Side neighborhood’s centerpiece. Barry Diller’s Little Island project at Pier 55 in Hudson River Park is another Heatherwick creation.

The New York Times noted that Audrey Wachs, in a piece in The Architect’s Newspaper in 2016, warned that the Hudson Yards public artwork posed a safety risk: “As one climbs up Vessel, the railings stay just above waist height all the way up to the structure’s top, but when you build high, folks will jump.”

“When you look at it and think about it, it is easy to jump off it,” Brazilian tourist Suelen Jorge told the Post after De Salvo’s death.

There was no immediate word on whether the towering sculpture would be modified to raise the railings’ height or if something else would be done to increase its safety. The Times reported that a security guard said they are told to be on the lookout for possible jumpers.

New York University previously had to add protective barriers inside its Bobst Library to prevent students from jumping inside its atrium. Two students jumped to their deaths in 2003, after which Plexiglas barriers were added. After a third student jumped in 2009, having climbed over the Plexiglas, the university added floor-to-ceiling metal barriers.