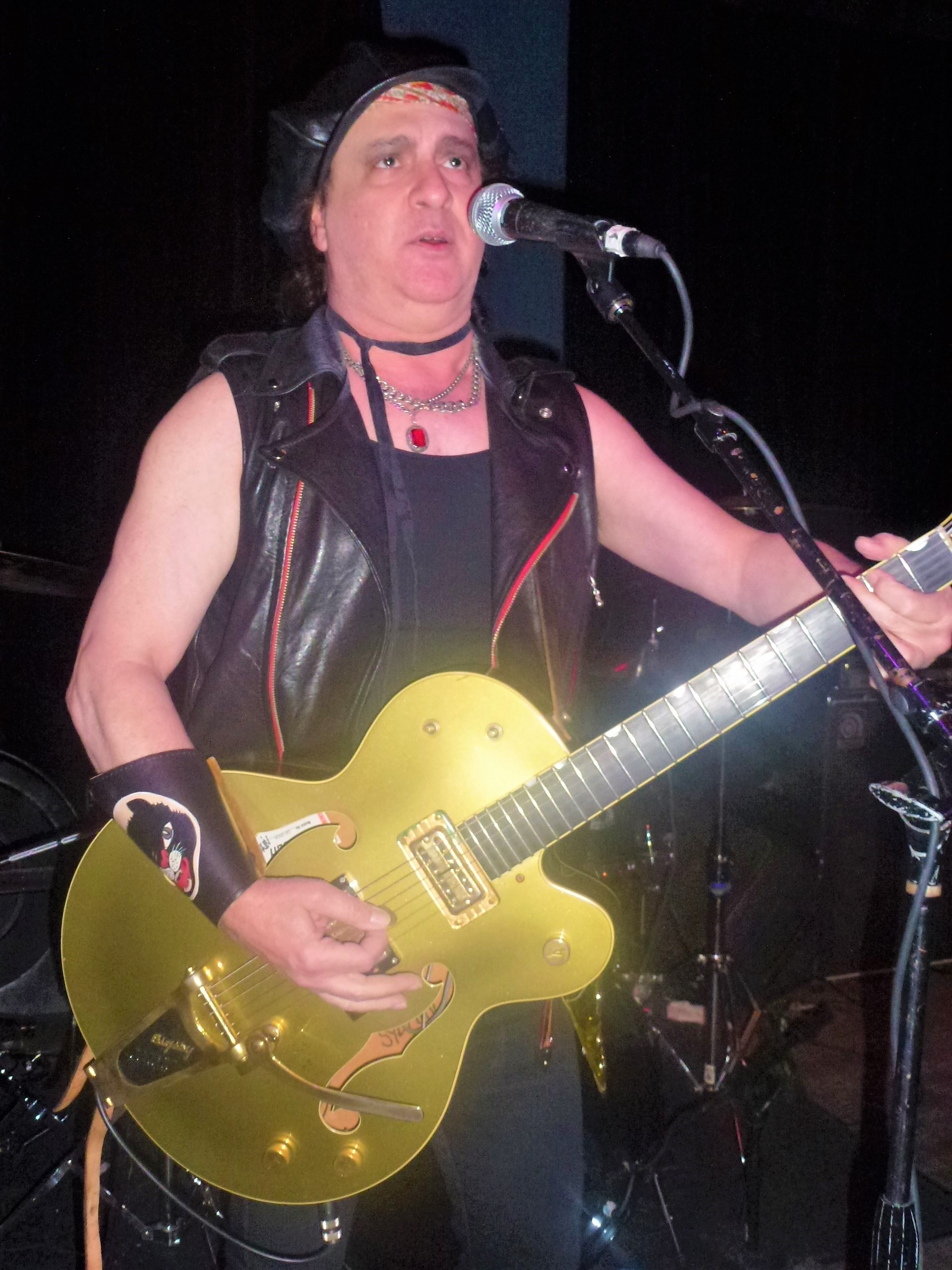 Sylvain Sylvain performing at the CBGB Festival at the Bowery Electric on Oct. 10, 2013. (Photo by Everynight Charley Crespo)

Sylvain Sylvain, the co-founder of the seminal punk band the New York Dolls, died on Jan. 13. He was 69.

He had been battling cancer for the last two and a half years, his wife, Wanda O’Kelley Mizrahi, wrote on the musician’s Facebook page.

“While we grieve his loss, we know that he is finally at peace and out of pain,” she wrote. “Please crank up his music, light a candle, say a prayer and let’s send this beautiful doll on his way.”

According to an obituary in Rolling Stone, Sylvain Sylvain was born Sylvain Mizrahi in Cairo, Egypt. His family moved to France before settling in New York. He ran a clothing company and was a member of the band Actress, featuring Johnny Thunders, before co-founding New York Dolls in 1971. The group took its name from the toy-repair shop New York Doll Hospital.

The band dressed in a sleazy, androgynous style and wore lipstick and makeup. They were regulars at CBGB and Max’s Kansas City. The critics loved them.

Lenny Kaye wrote a heartfelt letter “for Syl” on Mizrahi’s Facebook page after his death:

“Sylvain Sylvain, the heart and soul of the New York Dolls, bearer of the Teenage News, passed into his next astral incarnation on Wednesday, January 13, 2021,” Kaye wrote.

“Syl loved rock and roll. His onstage joy, his radiant smile as he chopped at his guitar, revealed the sense of wonder he must have felt at the age of 10, emigrating from his native Cairo with his family in 1961, the ship pulling into New York Harbor and seeing the Statue of Liberty for the first time.

“It was he who looked across Lexington Ave. and saw the sign for the New York Doll hospital. Syl and a high school friend, Billy Murcia, were in the rag trade then, the aptly named Truth and Soul, handknit sweaters with a side of rockattitude. Hooking up with another classmate, John Genzale, and then, as bands will, Arthur Kane, and David Johansen, and Jerry Nolan, they became a quasar in the rock firmament; embodying trash, glam, garage-to-punk, the ambisexual affirmation of music played louder.

“His role in the band was as lynchpin, keeping the revolving satellites of his bandmates in precision. Though he tried valiantly to keep the band going, in the end the Dolls’ moral fable overwhelmed them, not before seeding an influence that would engender many rock generations yet to come.

“The New York Dolls heralded the future, made it easy to dance to. From the time I first saw their poster appear on the wall of Village Oldies in 1972, advertising a residency at the Mercer Hotel up the street, throughout their meteoric ascent and shooting star flame-out, the New York Dolls were the heated core of this music we hail, the band that makes you want to form a band.

“Syl never stopped. In his solo lifeline, he was welcomed all over the world, from England to Japan, but most of all, the rock dens of New York City, which is where I caught up with him a couple of years ago at the Bowery Electric. Still Syl. His corkscrew curls, tireless bounce, exulting in living his dream, asking the crowd to sing along, and so we will. His twin names, mirrored, becomes us.

“Thank you Sylvain x 2, for your heart, belief, and the way you whacked that E chord. Sleep Baby Doll.”

According to Rolling Stone, his wife said Mizrahi, who lived in Nashville, will be buried in New York.