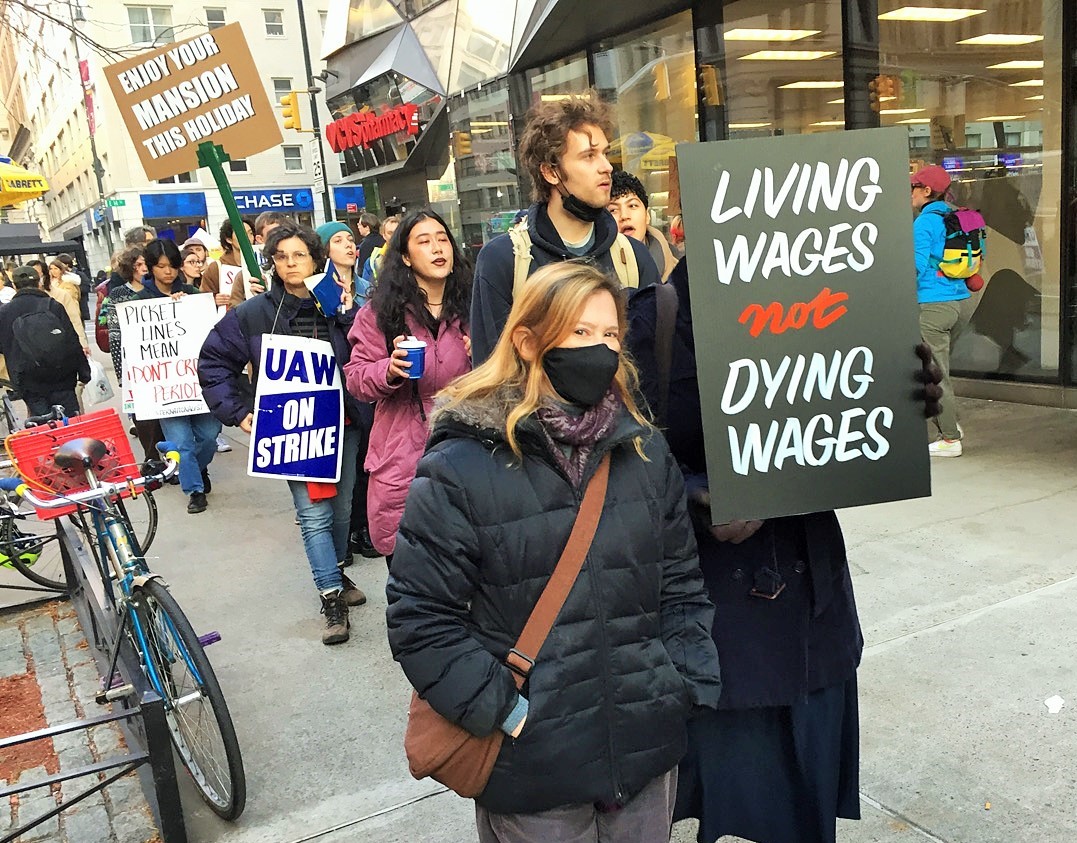 BY JEFFERSON SIEGEL | As New Yorkers spent Wednesday prepping for a holiday of turkeys, football games and food comas, another unwelcome holiday was being observed in Greenwich Village. Part-time faculty at The New School were observing “Strikesgiving” as they finished the first week of protesting pay and working conditions.

The faculty, United Auto Workers members and other locals, had been bargaining for better cost-of-living raises. But union organizers said the school discontinued negotiations days earlier after failing to reach a consensus.

After hours of marching and chanting in front of the University Center building on Fifth Avenue at 14th Street, the protesters seemed as energized as if it was their first day on the picket line. They carried signs reading, “The New School’s Offer F—” and “New School — Same Corporate Greed.”