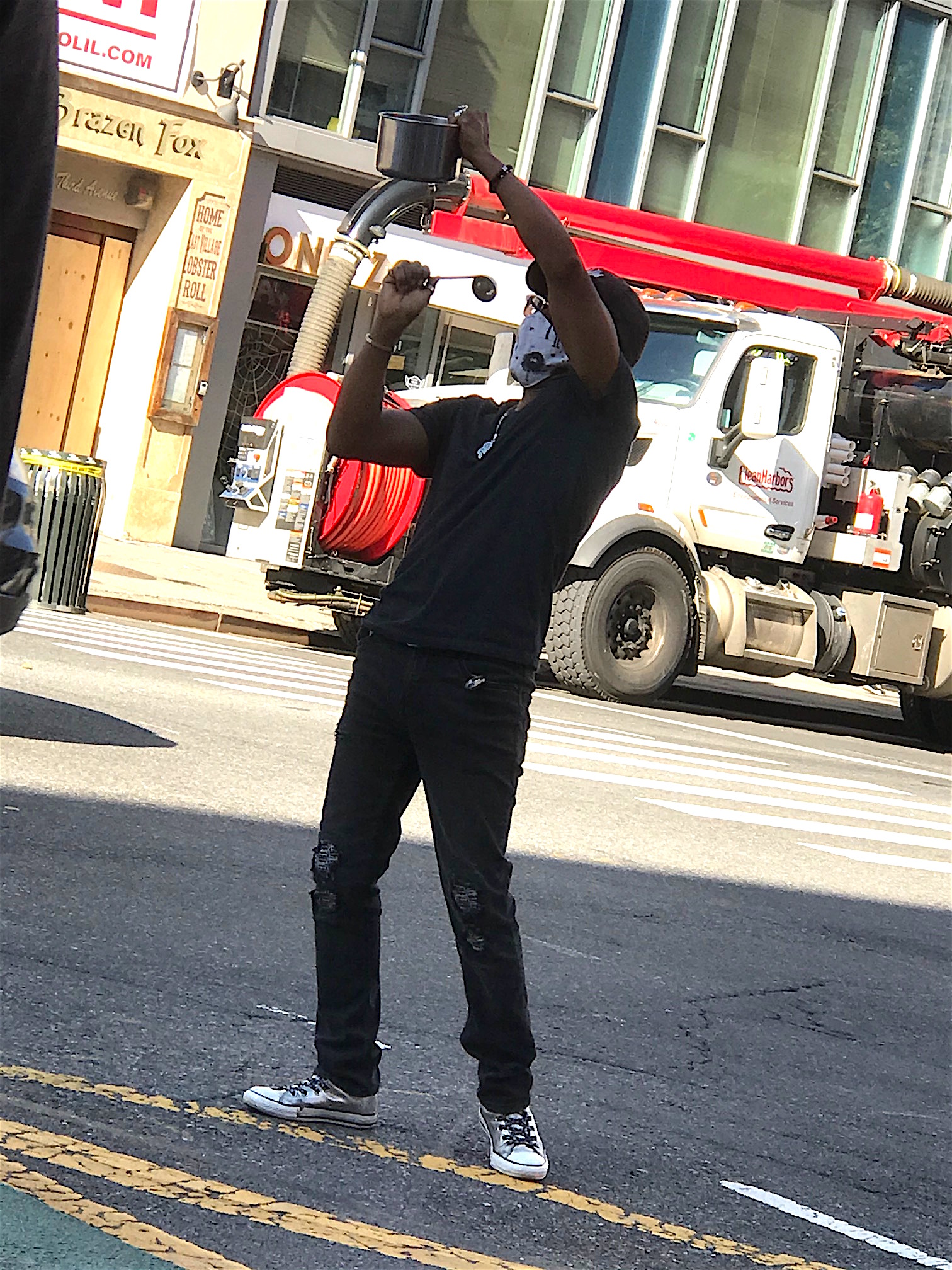 A man beat a pot in celebration at Third Ave. and 13th St. after Joe Biden announced victory on Saturday. (Photo by Bonnie Rosenstock)

The streets were filled with wild cheering and car honking Saturday after Joe Biden declared victory in the presidential election. The Associated Press projected the veteran Democrat had taken Pennsylvania.

The Keystone State win — fueled by mail-in ballots from Philadelphia and other blue strongholds — vaults Biden over the threshold of 270 electoral college delegates needed to secure the presidency.

Everynight Charley Crespo videoed the ebullient scene — complete with a profane anti-Trump rap — at Avenue A and 10th St. outside Tompkins Square Park after Biden’s statement.

Not surprisingly, though, Donald Trump is refusing to concede the razor-thin race, arguing that no state’s election results have even been certified yet, much less the several contested battleground states.

Trump is challenging the results not only in Pennsylvania but also Arizona, Georgia, Nevada and Wisconsin. His legal team, including former Mayor Rudy Giuliani, is continuing to lodge lawsuits, charging improprieties and election fraud, though without much success so far.

Meanwhile, at 1 p.m. on Saturday, Biden backers rallied at Columbus Circle — which some redubbed Lenape Circle — to “Celebrate the People’s Will and Protect the Results,” before a mass march.