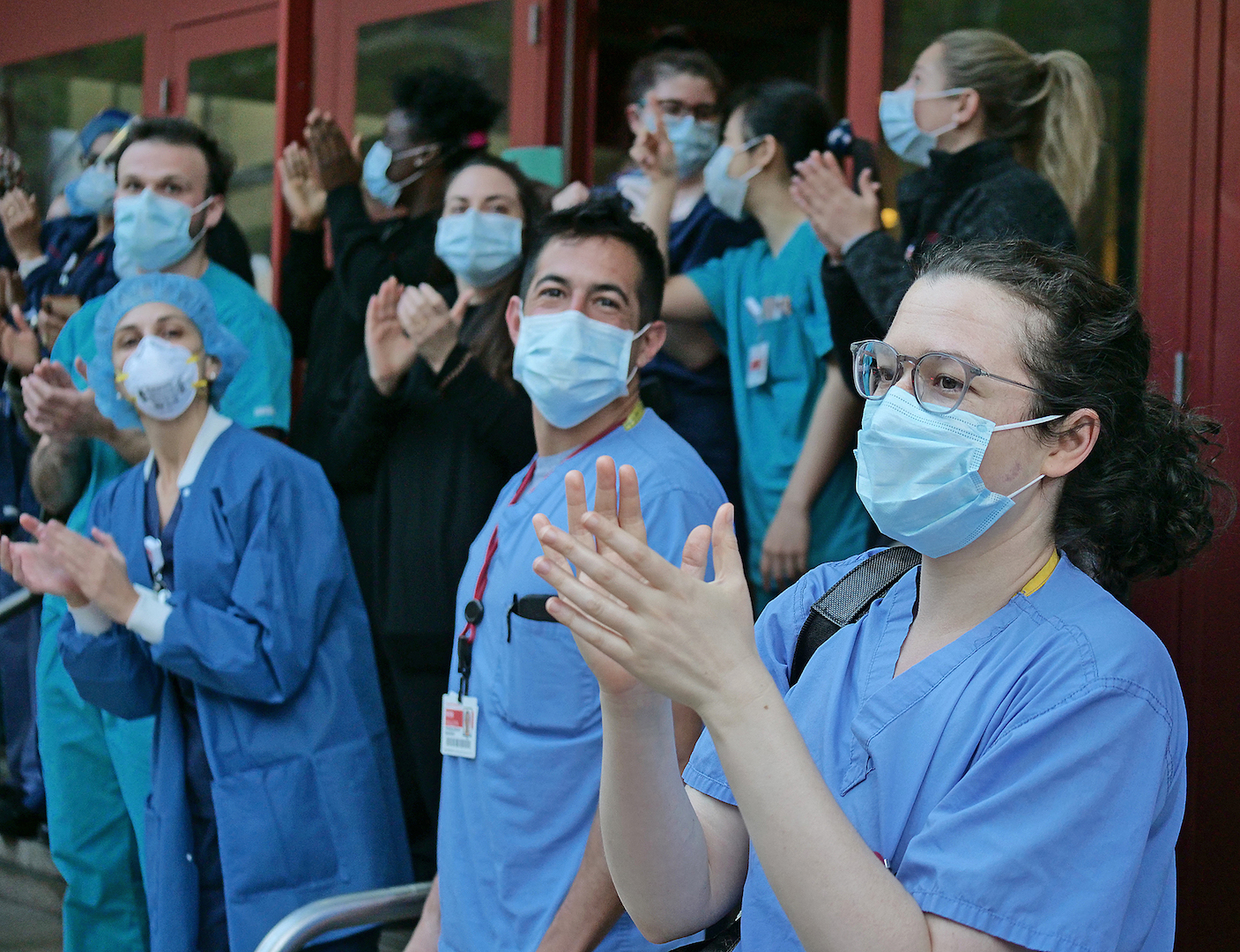 At the 7 p.m. clap outside New York-Presbyterian Lower Manhattan Hospital, doctors, nurses and other staffers cheered as local residents, firefighters and E.M.S. medics applauded them. (Photo by Milo Hess)

Taking a bite out of the big apple
For the city that never sleeps
She sure looks sleepy on the quiet streets
For a city whose DNA is made out of the
dreamers’ blood, tears and sweat
She looks quite still as pigeons are
the only living things walking through her veins
Used to the fires, the violence and the cherry blossoms
But there were still people
Her cells
That were out there continuing with
their radical philosophy while riding
metal organisms that traveled from her
brain all the way to her feet
But now she’s got a bad cold
They used to call it like the flu, but
it’s not quite like it
To some she’s almost invisible
As her Voice has become a meek mumble
But she’s got some fight still in her
that is disguised in doctors’ and nurses’
garments
And although she is quiet for most of the day
You can hear her heartbeat for a couple of minutes
at 7 o’clock
As the cheering for her essential body cells powers
their way to take care of a city
That has shown them their own way
As a city that has given its all to become the manger
to every newcomer’s dream
It only makes sense to return the favor
To the city that will live and love forever

Bartenieff is a student at Purchase College, State University of New York. She is currently working on a collection of poetry on the pandemic called “Voices From a Frozen World.”