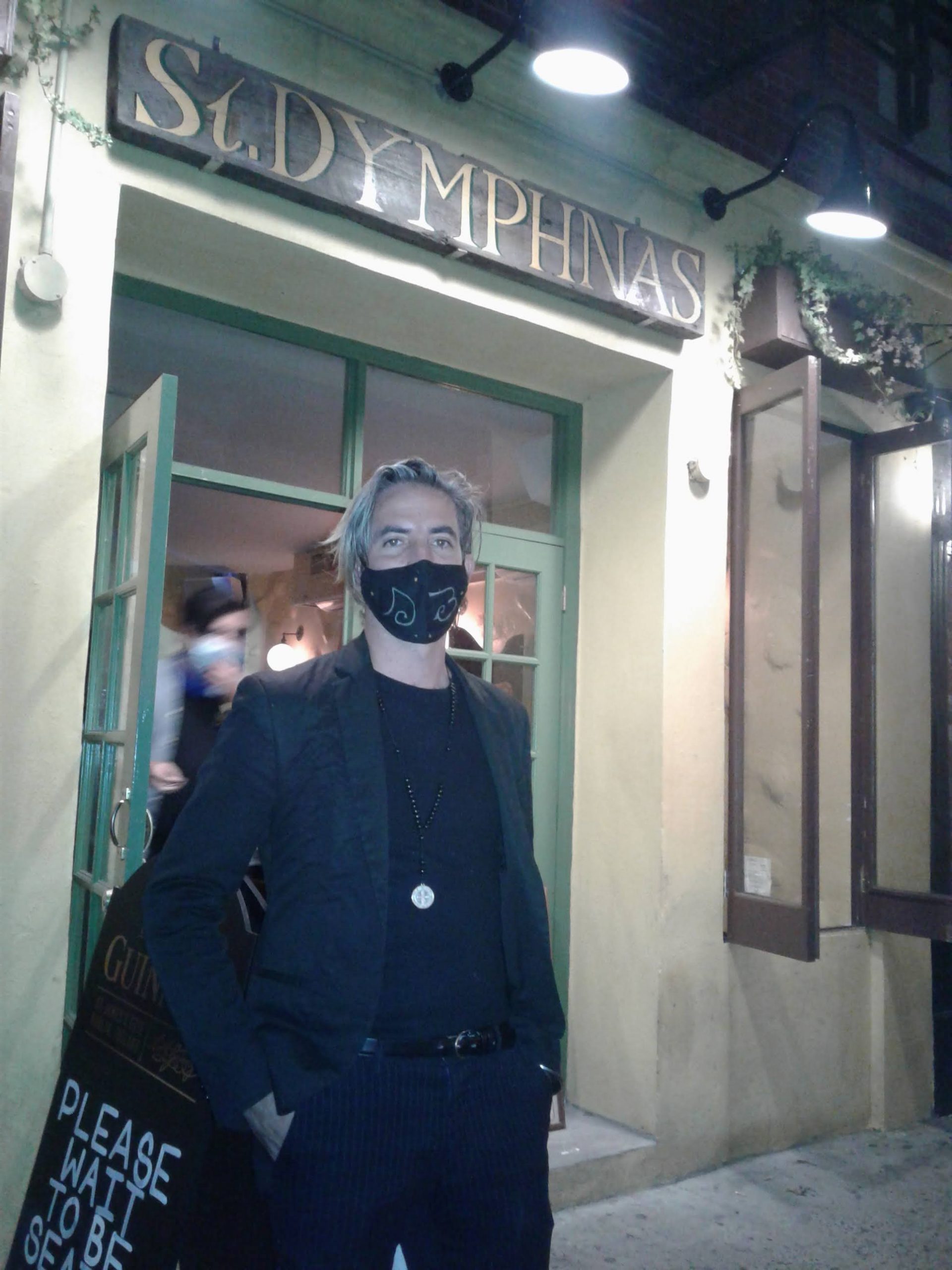 Robert Granata said St. Dymphna's argued it had been "targeted" by the S.L.A. (Photo by The Village Sun)

Call it the pluck of the Irish.

St. Dymphna’s has reopened on Avenue A.

The State Liquor Authority summarily suspended the place’s liquor license back in August, charging that, on Aug. 11, investigators had “observed numerous patrons standing, drinking and ignoring social distancing guidelines outside the premises, with multiple customers observed ordering beverages from a takeout window.”

In addition, according to the S.L.A., “Investigators checking sales receipts found that practically no food was purchased with orders that evening, in violation of the governor’s executive orders.”

The S.L.A. branded the East Village Irish bar a “repeat offender” and said it was the “third strike.” The watering hole had also been charged with violating the governor’s pandemic executive orders on June 26 and on Aug. 10.

But the bar bounced back and reopened last week. Robert Granata, who was working there Wednesday night, said that a number of the charges by the S.L.A. had been tossed out by a court after the bar’s owners argued they felt they had been “targeted.” Some of the charges stuck, though, and they did have to pay those fines, he said.

The scene in front of the bar was lively Wednesday night, with a newly added outdoor seating area in the curbside lane. Granata said St. Dymphna’s is also opening up its backyard, which will be a bit more mellow, reminiscent of when the bar used to be on St. Mark’s Place and more low key.