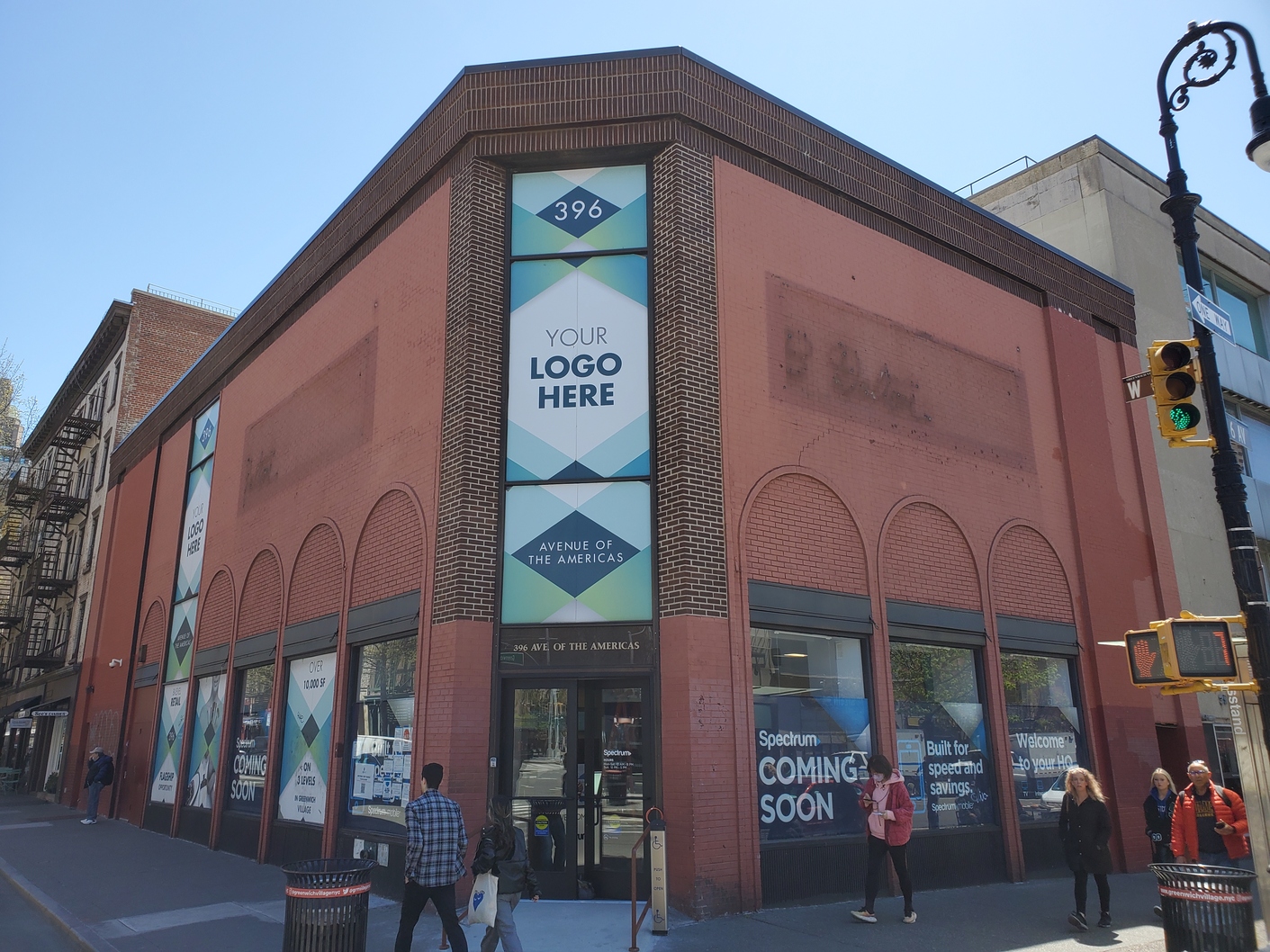 Sign of the times: A Spectrum phone, Internet and cable TV store will open at an iconic retail spot formerly long occupied by bookstores. (Photo by The Village Sun)

BY THE VILLAGE SUN | After sitting vacant for nearly 10 years, the former Barnes & Noble bookstore space at the corner of Eighth Street and Sixth Avenue is finally getting a tenant.

Workers are currently busy getting the long-dormant space ready to accept customers. The place will be opening May 5, a screwdriver-wielding worker explained as he was screwing around, literally, with the lock on the place’s front door.

Before the corner spot was Barnes & Noble it was another bookstore, B. Dalton. After the Barnes & Noble closed in 2013, the space was leased by TD Bank at an astronomical rate — reportedly a 20-year lease at $200,000 a month.

Admittedly, a new Spectrum outlet might not be the sexiest retail proposition. But local residents had not been thrilled with another possibility that was being considered for the space, a new music club.

The Blue Note, which was behind the music venue scheme, intended to have three shows per night, with 500 people per show, which admittedly would have been a lot of people going in and out and milling about. The plan had fallen apart by around the end of 2019.

The Spectrum store, on the other hand, will likely be a lot quieter, with customers probably often with bowed heads, immersed in their phones.