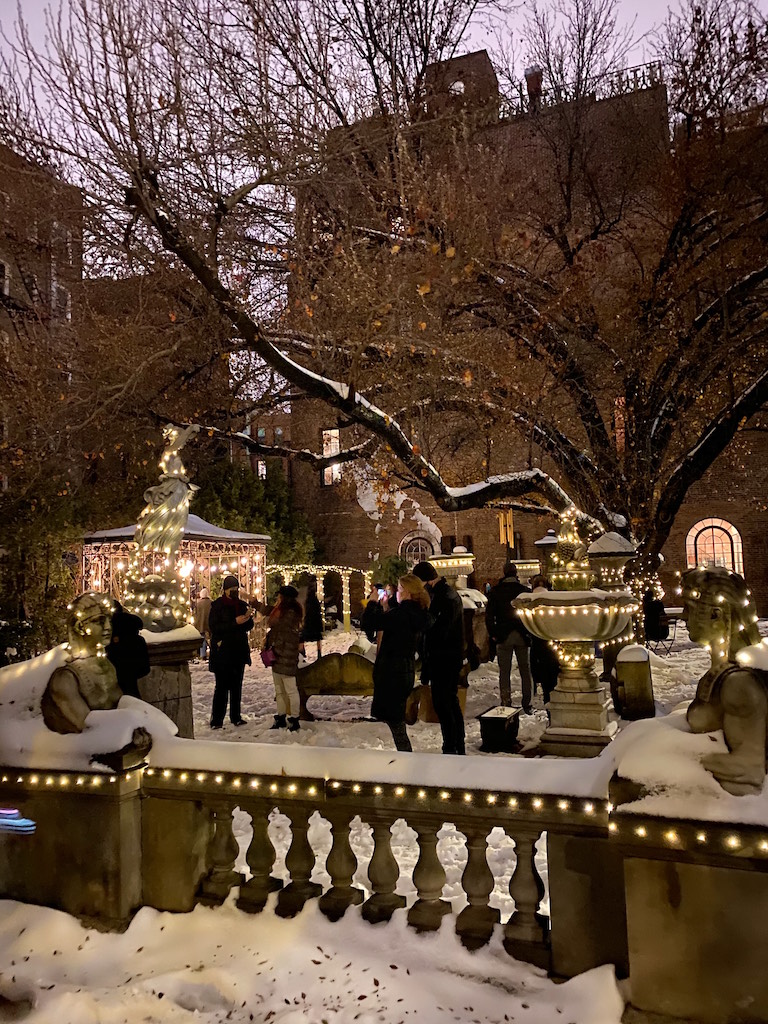 Solstice at Elizabeth St. Garden hit all the right notes

The Elizabeth St. Garden welcomed the winter solstice in — and ushered it out — by once again rocking the bells.

There was a big, albeit face-masked and socially distanced, turnout for this year’s event at the monument-festooned Little Italy garden.

Happy winter solstice from Elizabeth Street Garden! Thanks to everyone who helped make our celebration so magical. #ElizabethStreetGarden #SaveESG @ElizabethStGrdn pic.twitter.com/QIBIgx7PUn

The feelings in the garden were warm amid the cold on the Northern Hemisphere’s shortest day of the year.

But gardeners are still anxiously awaiting the results of their lawsuit against the city’s plan to destroy the beloved garden. Mayor de Blasio and Councilmember Margaret Chin support a plan to develop housing on the one-of-a-kind open space in Downtown Manhattan.

Joseph Reiver, the garden’s executive director, said there is not a clear timeline right now for when a court ruling might come down in the case. The gardeners are being represented by attorneys Norman Siegel and Michael Gruen.