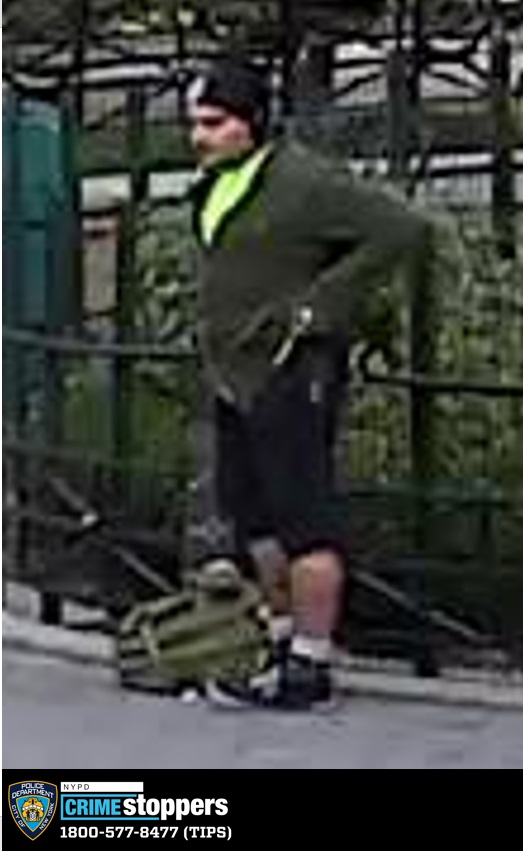 BY THE VILLAGE SUN | A skateboarding jerk splashed gray paint on the George Floyd bust at Union Square Sunday morning, just three days after the sculpture was installed as part of a temporary public-art exhibit.

Police are asking for the public’s help in tracking down the vandal, who was caught on surveillance camera “paint bombing” the bronze-colored bust. He is wanted on a charge of criminal mischief.

Cops said that around 10:15 a.m., the unidentified man approached the sculpture, entitled “Floyd,” at the location while skateboarding and toting a paint can. As he rolled past the artwork, he flung gray paint on the face and base of the bust, then skated off, heading northbound on the west side of Union Square Park.

The suspect is described as having a medium build, and was last seen wearing a black hat, a dark-green jacket, a neon-green T-shirt, black shorts, black-and-white sneakers and a green backpack.

Police released surveillance video of the man, showing him splashing the statue with paint. The video also shows a woman and young child who were photographing the sculpture seemingly looking stunned as they witness the vandalism.