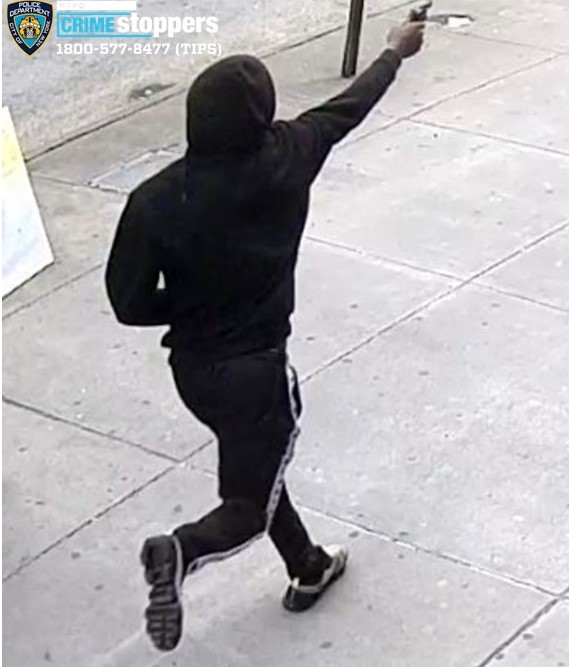 A surveillance camera image of a suspect in the June 17 shooting incident. (Courtesy N.Y.P.D.)

Shots fired on Lower East Side but no one injured

BY THE VILLAGE SUN | Gunshots were fired on the Lower East Side in the early afternoon of Fri., June 17, according to police.

Cops said that around 12:25 p.m., at Delancey and Orchard Streets, unidentified individuals blasted shots at another bunch of people. No one was struck or injured.

The shooters fled two blocks away to the Allen Hotel, at 88 Allen St., at Broome Street, and changed clothes before continuing westbound on Broome Street to the Grand Street subway station.

A police spokesperson said he did not have information definitively linking the broad-daylight gunfire to the recent spate of deadly gang violence in the East Village and Lower East Side that has left three young people dead.