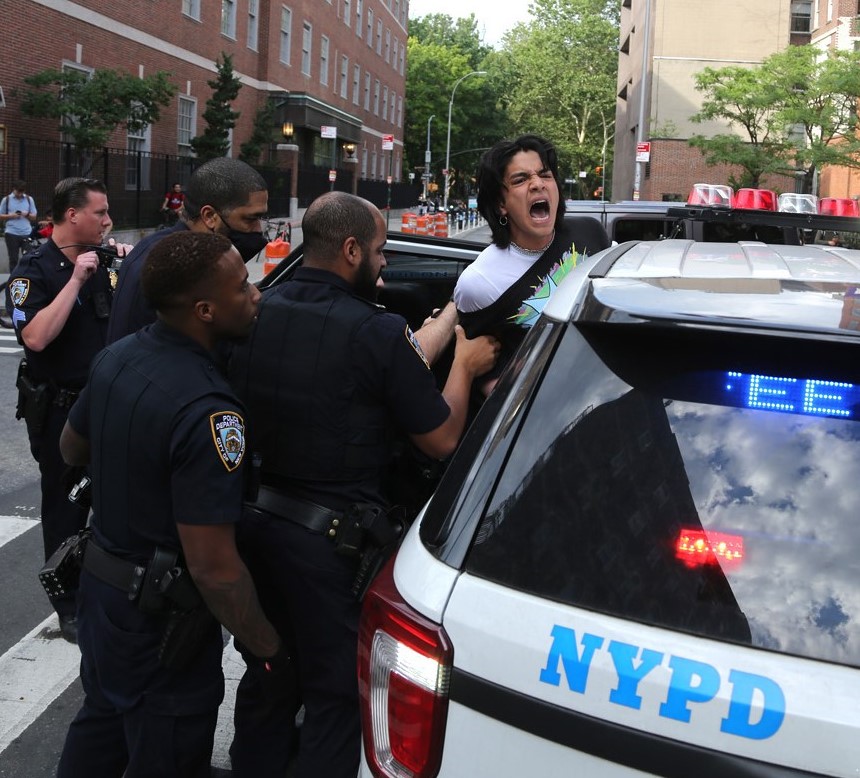 Responding to 911 calls, police arrested a man at Sullivan and W. Third Sts. on July 23. (Photo by © Jefferson Siegel)

‘She’s not pressing charges!’ Man arrested after 9-1-1 calls for assault

BY JEFFERSON SIEGEL | At 5:10 p.m. on a pleasant Friday afternoon in the West Village, several calls to 9-1-1 alerted police to a man assaulting a woman. The man, who may have known the victim, had followed her to the Shade Bar on the corner of Sullivan and W. Third Sts.

As police surrounded the man to prevent him from entering the bar and as they put him in handcuffs, he started yelling, “She’s not pressing charges!” Officers from the Sixth Precinct briefly spoke with him, then tried to walk him to a waiting police car.

The man then pushed his way out of the other door, forcing a half-dozen officers to try and restrain him. He continued screaming, “You’re breaking my leg” and “you hit me,” although The Village Sun did not see either of these happen.

It took the officers several minutes to finally secure the guy inside the car. A police spokesperson said the man was so unruly that the Emergency Service Unit was called; however once the man was securely belted into his seat, that call was canceled.

The victim reportedly suffered a minor injury to her lip. Charges against the man were pending on Friday night.