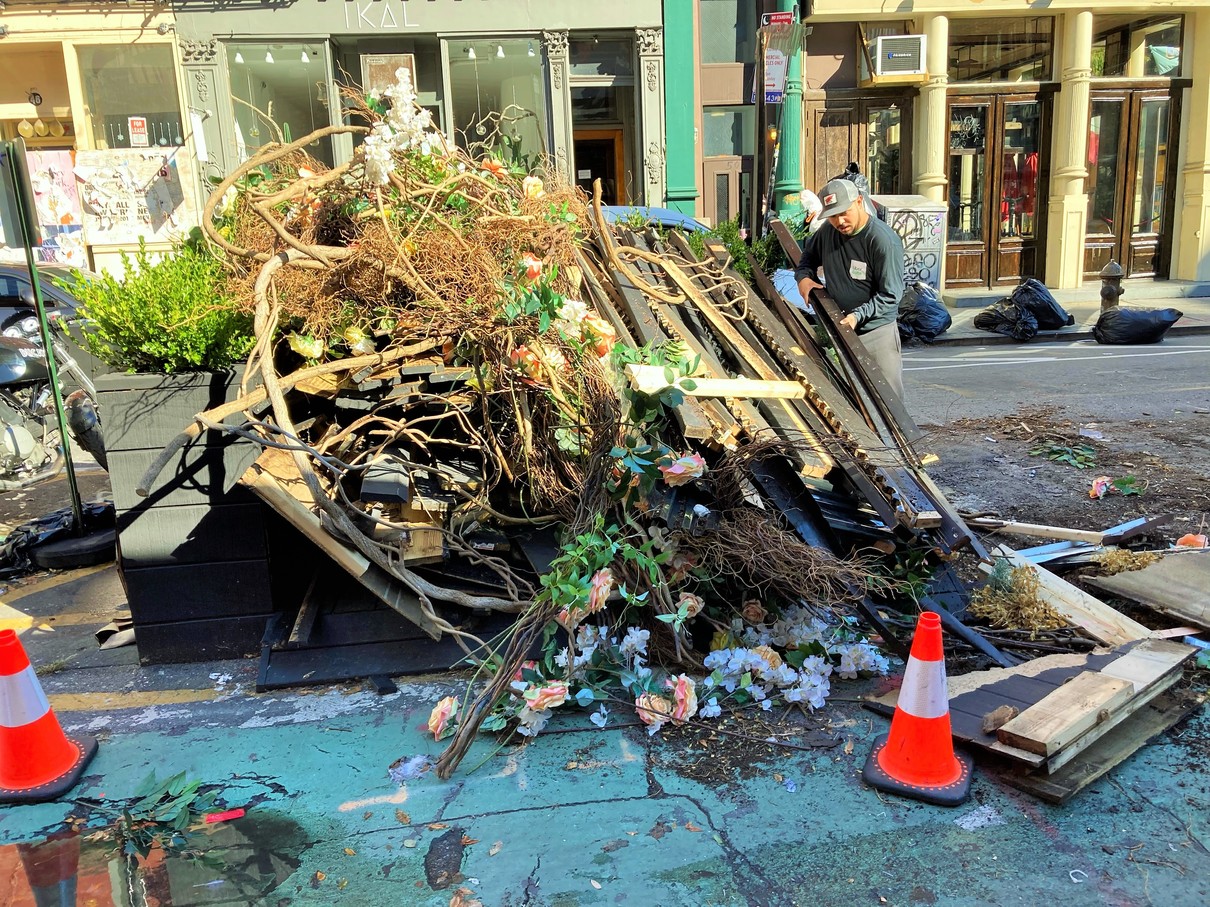 A dining structure outside a Soho pasta place was crumpled on Nov. 1. (Photo by Ronnie Wolf)

BY THE VILLAGE SUN | Holy shed! What the heck happened?

An outdoor dining hut at Grand Street and West Broadway looked like a tornado hit it on Nov. 1. Neighbors wondered if, in fact, a truck or car had totaled it.

The Village Sun went by to check it out and got the story from a restaurant worker.

As it turns out, the place, A Pasta Bar (a.k.a. Sola Pasta Bar), was simply changing to a new style of outdoor dining shed, and the workers were dismantling the old one, though clearly not in a very dainty fashion.

Told the update, Micki McGee, the leader of South Village Neighbors, scoffed that the new greenhouse-style structure would probably be even more flimsy and dangerous than the old one if it got hit by a truck.

As for the enclosed sheds along the restaurant’s West Broadway frontage, they are not only on the sidewalk instead of in the roadway but also reportedly cover a Con Ed manhole. That could lead to some really “hot” dinner parties!