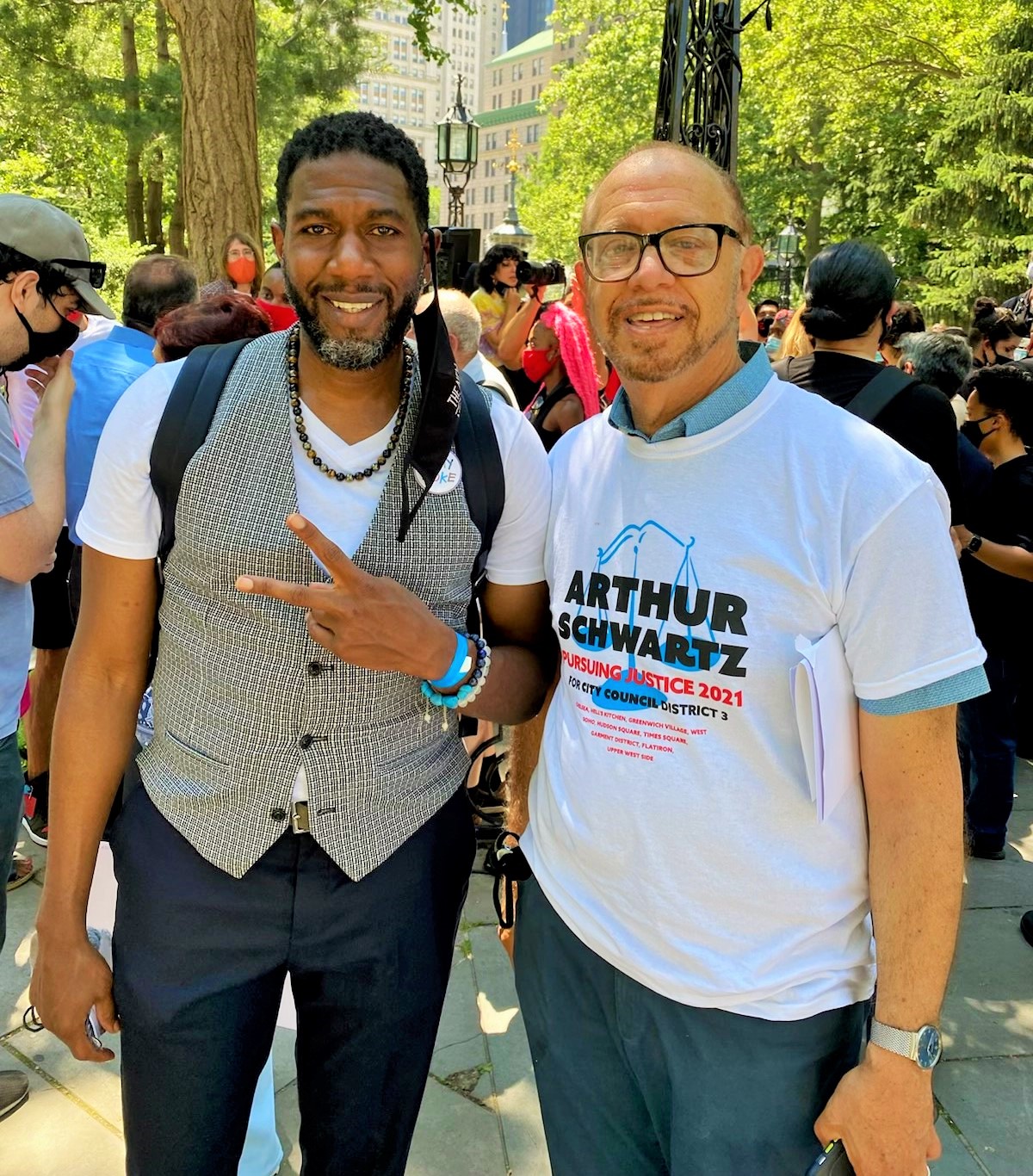 Arthur Schwartz is racking up some key progressive endorsements in his bid for City Council District 3 in the June 22 primary election.

On Saturday, the candidate tipped off The Village Sun that he has been endorsed by city Public Advocate Jumaane Williams. He said Williams is expected to announce his support on Monday.

Also on Saturday, Schwartz was among the slate of City Council candidates in races across the city recommended by Courage to Change, a PAC officially affiliated with progressive firebrand Congressmember Alexandria Ocasio-Cortez.

Candidates were asked to answer a questionnaire on issues like the Green New Deal, abolishing ICE, environmental justice and reducing police department budgets. The PAC-endorsed contenders all got a “perfect score” on the questionnaire.

With ranked-choice voting in effect this election season, the PAC picked Phelan Fitzpatrick as its No. 2 choice in District 3, which includes the Village, Chelsea and Hell’s Kitchen.

Courage to Change did not endorse any candidates in Council Districts 1 or 2.

AOC spoke in City Hall Park on Saturday at an event with candidates who have “taken the Courage to Change pledge.”

“Courage to Change seeks to reward challengers and incumbents who display political courage — people who refuse to bow to establishment pressure, who advocate ferociously for working-class families, and who have lived the same struggles as the people they seek to represent.”