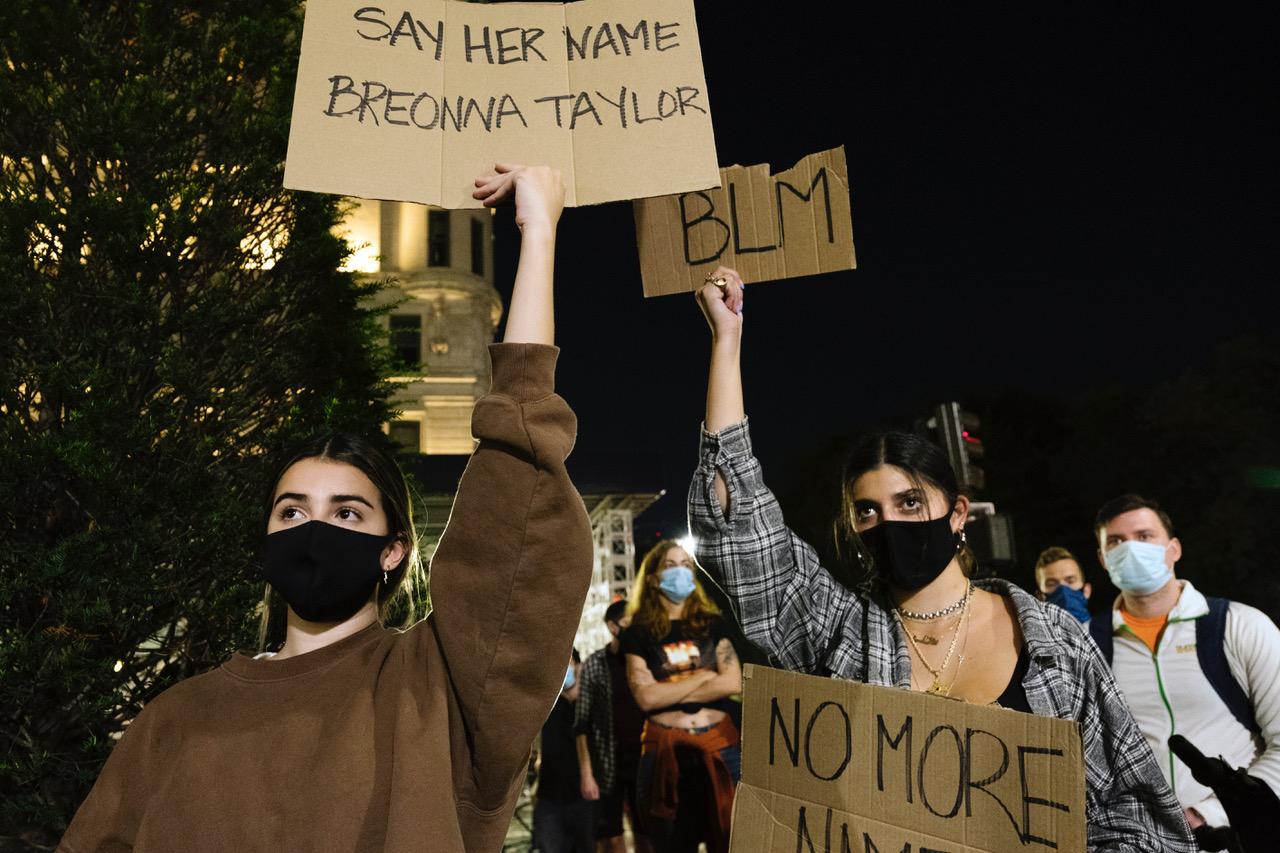 ‘Say her name!’ Protesters take to streets after cops cleared in Breonna shooting

Outrage over a Kentucky grand jury’s decision in the Breonna Taylor case sent hundreds of protesters marching through Manhattan and Brooklyn on Wednesday night.

One march started at 59th St. and Fifth Ave. and proceeded Downtown along Fifth, Park and and Lexington Aves, while others gathered outside the Barclays Center and in Lower Manhattan. Protesters also stalled traffic on the Manhattan Bridge, the New York Post reported.

Photographer Q. Sakamaki covered the march that came down from the Upper East Side.

Three police officers were cleared in Taylor’s shooting death, which came when they burst in on her and her boyfriend, Kenneth Walker, while executing a search warrant for drugs. Walker fired a shot at the cops — some reports have called it a “warning shot” — who then returned fire.

One of the three officers was indicted for wanton endangerment because he also would up shooting into a neighboring occupied apartment.

Taylor was a 26-year-old E.M.T. No drugs were found in her home. An ex-boyfriend of hers was involved in drug dealing and police suspected him of using Taylor’s address on at least one occasion for a package pickup. The package, however, in that case reportedly only contained clothes and shoes.

Like the case of George Floyd, who died with a police officer’s knee on his neck while being arrested in Minneapolis in March, anger over Taylor’s police-involved killing has fueled the nationwide Black Lives Matter protests.