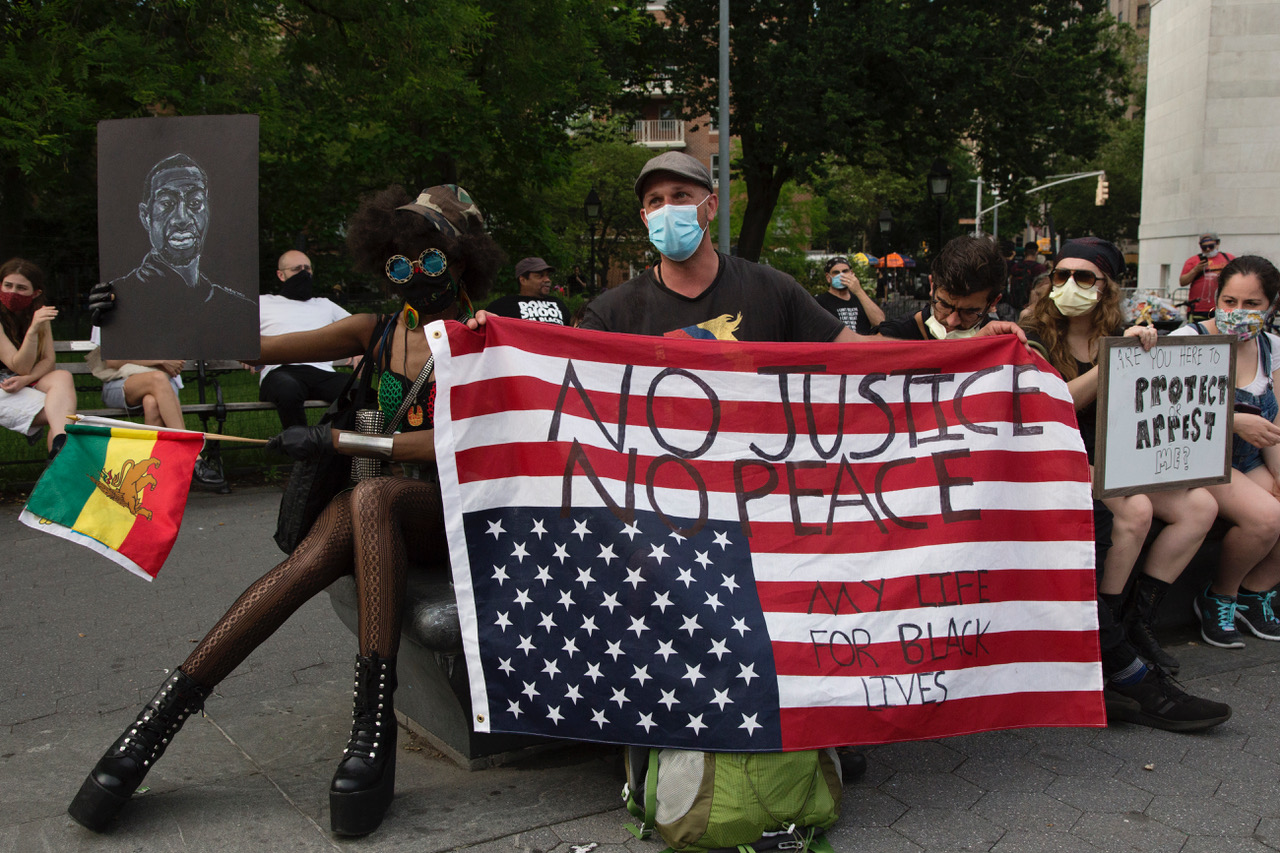 In Washington Square Park on Sat., June 6, during the ongoing protests over the killing of George Floyd while in police custody. (Photo by Q. Sakamaki)

Photographer Q. Sakamaki captured these images Saturday at the tail end of the Black Lives Matter protest in Washington Square Park and around the neighborhood.

The lyrics of the classic 1970s Chicago song “Saturday in the Park” definitely fit the mood:

People talking, really smiling
A man playing guitar
And singing for us all
Will you help him change the world
Can you dig it (yes, I can)
And I’ve been waiting such a long time
For today

A former longtime resident of the East Village, Sakamaki now lives in Harlem.

He is known for his coverage of international conflict zones.