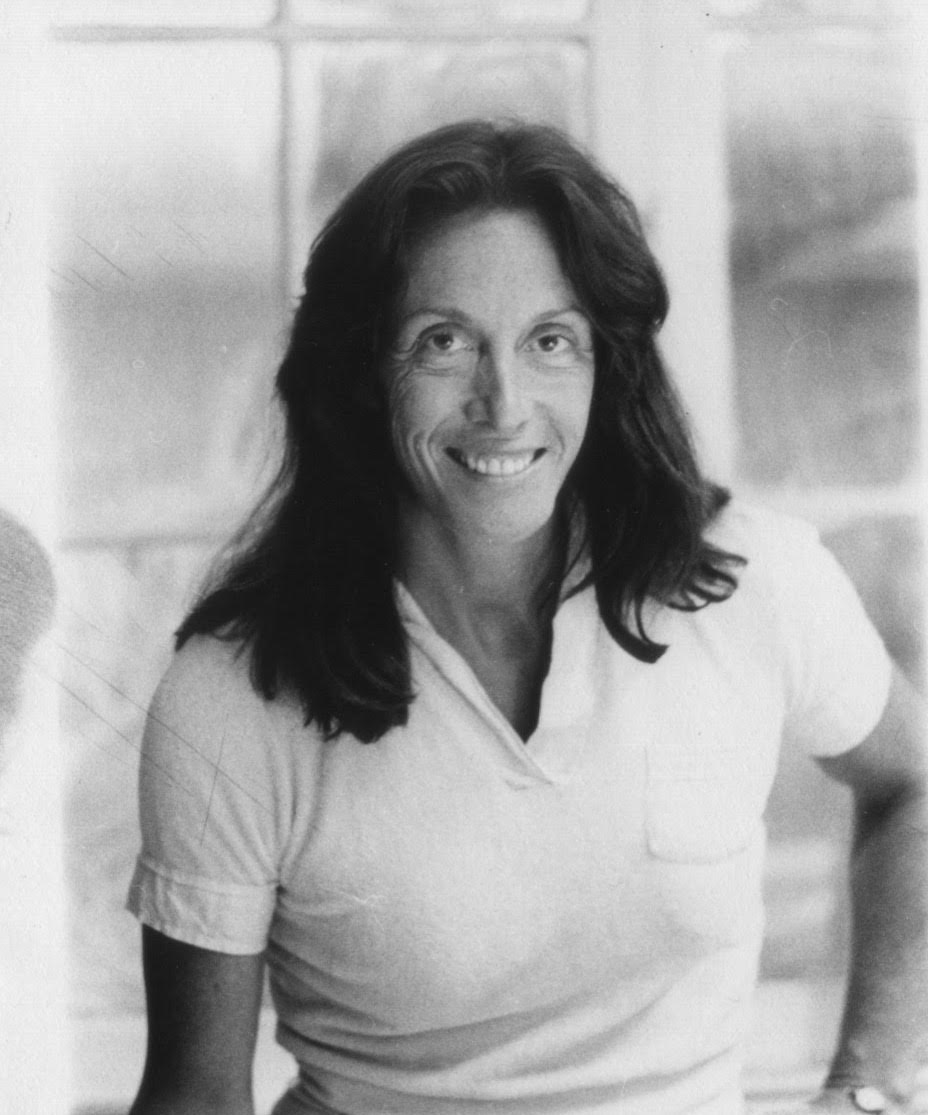 BY MARY REINHOLZ | The late Margo St. James, proud former prostitute and founder of a famed sex workers rights group called COYOTE (Call Off Your Old Tired Ethics) in 1973, ran for a seat on San Francisco’s Board of Supervisors in 1996. She promised to keep a red light glowing outside her office when she was at work inside City Hall.

Despite endorsements from then-Mayor Willie Brown and Beat poet Lawrence Ferlinghetti, she didn’t get the gig. But last month, a few days after St. James died on Jan. 11 at 83 from Alzheimer’s disease in her native Bellingham, Washington, the civic body she once coveted passed a resolution declaring Feb. 14, 2021, Margo St. James Day to honor the outspoken woman and her lifelong cause to decriminalize and destigmatize the world’s oldest and possibly most maligned profession.

While many ’70s-era second wave feminists considered prostitution a form of rape and exploitive of women, others believed, as St. James did, that it’s real work, deserving of respect and union-like protections.

“It’s a service which is demanded by society,” she told Canada’s Globe and Mail in a 1980 quote published by the Washington Post. “We have to accept the viability of sexual service as a means of work — it’s just like someone doing your nails, doing your hair, or giving you an enema in the hospital.”

Goodman, no fan of prostitution but opposed to incarcerating its practitioners, was intrigued. She even went to one of St. James’s notorious fundraising Hookers Balls, “with a wink and a nod, all dolled-up as a bride with a sash that read, ‘I sold it for a wedding ring,'” she said in an e-mail exchange with The Village Sun.

“I didn’t  know Margo well, but I saw her a couple of times when she came to New York,” she recalled. “I adored  people who had a new take on the same old things. People who were fun. Margo was both — she was like a sorority sister.”

As for the current much-publicized rift among sister feminists over sex work and arguments for decriminalizing it, Goodman said that these days she’s hearing new voices debating the issue with words reminiscent of decades past.

“‘My body, my choice,’ a slogan of the abortion movement, is used in connection with sex work, too,” she said. “Is it really? I hear the voices saying, ‘It beats waitressing,’ or ‘It’s better than minimum wage in an office, store or restaurant.’

“Prostitution, decriminalization and decarceration is not only a women’s issue, as it is popular among gay guys, transpeople and candidates for public office,” Goodman added. “Everybody has a plan. But no society, economic system or other institution has figured it out.”

St. James never reached her goal of decriminalizing prostitution. But several pols in New York City are currently trying hard to take down laws forbidding love for sale. If enacted, one bill before the New York State Legislature called the Stop Violence in the Sex Trades Act of 2019 could make New York the first state in the nation to lift penalties against selling and buying sex. Prostitutes from both genders joined in writing the bill via a left-leaning coalition called Decrim NY, saying prostitutes needed to continue working to make ends meet.

The legislation was sponsored in the Assembly by Richard Gottfried and by state Senators Jessica Ramos and Julia Salazar, all Democrats.

Gottfried, longtime chairperson of the Assembly Health Committee, expects the bill to get signed into law — eventually.

“We’ll get there, but it will take time for education to change public perceptions and assumptions about who sex workers are and what they need,” he said in response to written questions from this reporter. “Sex work has been stigmatized and criminalized work for centuries. Many in the feminist movement are increasingly championing the empowerment and rights of sex workers, but there continues to be rifts over the issue within feminist and progressive organizations.”

Indeed, Sonia Ossorio, executive director of NOW-NYC, a chapter of the National Organization for Women, one of the oldest women’s groups in the U.S., has blasted the Stop Violence bill. The first time was at a 2019 City Hall steps rally held by a freshly formed New York Alliance Against the Legalization of Prostitution that warned of New York returning to a dark and dangerous place. Members include local groups like Sanctuary for Families and the conservative New York City Faith-Based Coalition Against Human Trafficking and Domestic Violence.

Late last year, Ossorio lit into pols backing the Stop Violence Act who are now running for high office in the city.

“New York residents would be shocked to learn that leading mayoral candidate Scott Stringer and well-financed candidate for Manhattan district attorney Dan Quart support the full decriminalization of the sex trade, including pimping and brothel-owning,” Ossorio said in a scathing statement. She released the broadside after Attorney General Letitia James’s Organized Crime Task Force and the New York Police Department’s Human Trafficking Squad built a case that led to the arrest of a Level 3 sex offender, Paul Alexander, 57, of the Bronx, for “luring girls as young as 12 into prostitution.”

“When the sex trade is decriminalized, demand increases, and in an unregulated market, predatory men who pay to have sex with poor women become law-abiding citizens,” Ossorio said. “That’s not progress, it’s doubling down on male privilege.”

Krueger was not available for comment about her bill, the Sex Trade Survivors Justice and Equality Act. But she told the New York Post the legislation came out of a year’s work of research and listening to the survivors of prostitution and sex trafficking, most of them young people of color who sell their bodies due to coercion and economic desperation.

“I think the real issue is we don’t want to have throwaway people,” Krueger explained, “and so many of the young people I’ve spoken to feel like they’ve been thrown way and no one cares if they spend their life in a form of slavery.”

She claimed her bill has a better chance of passing in the Legislature than Gottfried’s Stop Violence Act, adding that its framers might join hers.

Vera is currently organizing a virtual May Day memorial for Margo St. James. Owner of an Eighth Ave. cross-dressing salon called Miss Vera’s Finishing School For Boys Who Want To Be Girls, she regards decriminalization as a human right. So do a slew of nonprofit organizations, such as Amnesty International.

TS Candii, a 27-year-old black transgender sex worker, also criticized Krueger’s bill, saying it would push prostitution further into the shadows and “open the doors to homelessness” for immigrants and other people in the business living in homes where one partner could be a sex worker.

Candii said there was “community outreach” to the feminist camp because “there needs to be a conversation with the other side to persuade them” to change their views. “Liz Krueger [represents] very wealthy people,” she said. “She has $1,000 dinners to speak about the issue. It’s so crazy.”

A member of DecrimNY that helped draft the Stop Violence Act, Candii was overjoyed when a bill to repeal a 1976 anti-loitering law was recently passed by the state Legislature and signed into law by Governor Cuomo. That bill, the so-called “Walking While Trans Act,” had allowed cops to bust suspected street walkers for such acts as waving at motorists or wearing a short skirt.

Candii, who claims to earn $300 an hour from sex clients, said she got into the business at age 13 “through my mother” when she was growing up in Tennessee.

Advocates for prostitutes at Decriminalize Sex Work (DSW), a nationwide organization, said Krueger’s bill was similar to the “Nordic Model” abroad, which they claim has been counterproductive.

“We do not support Krueger’s bill,” said DSW legal director Melissa Sontag Broudo. “This bill would codify the Nordic Model — which they are terming the Equality Model. It focuses on the clients of sex workers in countries that have such a model, including Sweden and Northern Ireland [where] sex workers repeatedly and consistently have reported increased stigma, increased abuse and no decrease in ‘demand,’ which is the stated goals of such bills.”

Some New Yorkers hope for a regulated red-light district like the kind in Amsterdam.

Upper East Side sexologist Janet Wolfe, a former executive director at the Albert Ellis Institute, believes sex workers would suffer less if their trade was “in a licensed facility and protected — rather than their being out on the street and subject to arrest.”

Wolfe dismisses moralists who have long told people “what they can do or not do with their bodies.”

“Having visited the Netherlands,” she said, “there is no doubt in my mind that decriminalization gives sex workers only benefits in terms of self-esteem, control of their lives, economic empowerment, legal protections — and even adds money to the tax rolls.”