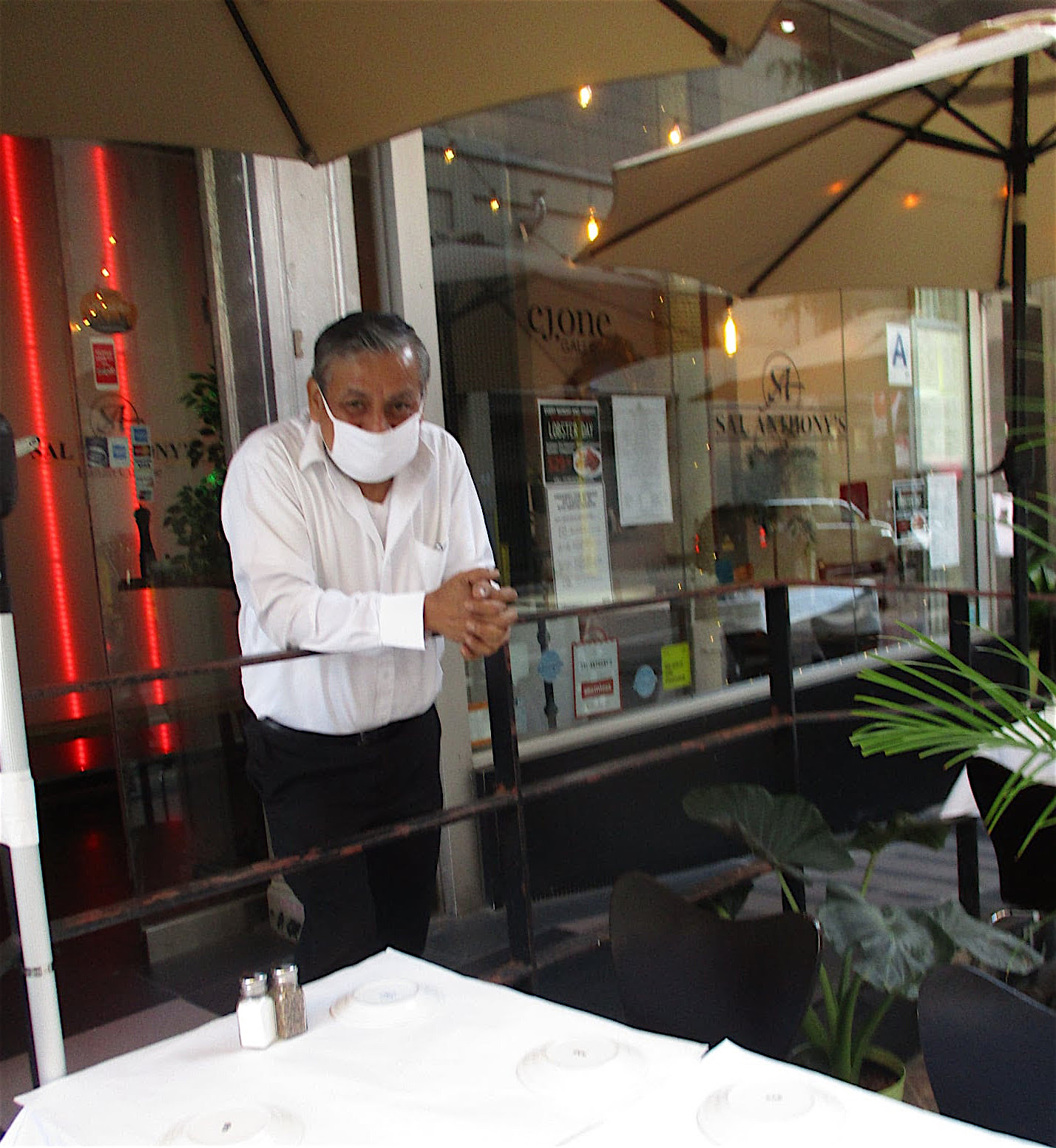 BY MARY REINHOLZ | An East Village offshoot of Sal Anthony’s, a legendary Gramercy Italian restaurant first established at 55 Irving Place in 1966, is headed to a food court in the soaring Oculus building of the World Trade Center after a disappointing six-month stay at 54 E. 13th St. near Union Square.

This news is according to Hugo Alonso, a longtime manager of Sal Anthony’s venues. He said that Sun., Sept. 27, was the spot’s “last day,” because of financial losses stemming from the coronavirus pandemic.

The 85-seat eatery, located between Broadway and University Place, was shut down shortly before the city of New York began providing limited indoor dining at 25 percent capacity starting Sept. 30 and also expanded its Open Restaurants program, making it permanent.

Alonso, 63, told The Village Sun that these moves were too little “and too late” to save the venue. The location had started up only a few weeks before Mayor de Blasio ordered a citywide lockdown by March 17 on bars and restaurants to deter the spread of the deadly virus.

The new Sal Anthony’s provided takeout and then outdoor dining at a building shared by a karaoke lounge upstairs. Alonso said he and his small staff, which includes two waiters, a cook and chef, should be settling into the Oculus space sometime this week.

Amber Greene, a spokesperson for the Port Authority of New York and New Jersey, which oversees the Oculus, confirmed that Sal Anthony’s will be a vendor at the new Gansevoort Market food hall at the bustling transportation hub.

A former longshoreman and waiter at Pete’s Tavern in Gramercy, Macagnone became a beloved local entrepreneur. Macagnone also ran a movement salon, an herb shop and several other Italian restaurants, including the famed century-old Lanza’s, at 168 First Ave., until it shuttered over unpaid taxes in 2017.

Macagnone died in January 2019 of esophageal cancer at age 79. At the time, he was still helming a Sal Anthony’s restaurant in Gramercy at Third Ave. and E. 19th St., which he opened 11 years after being forced out of his flagship by a massive rent hike in 2006. The Third Ave. Sal Anthony’s space was sold to a Greek restaurant, Eleni’s.

Alonso, who worked briefly at Eleni’s before becoming a Sal Anthony’s proprietor, declined to be photographed for this article and would not name his partners except to say, “They’re my friends” and had negotiated for space at the Oculus food hall.

Alonso did mention one partner as Anthony Macagnone, Jr., eldest son of his former boss, who apparently turned over the rights for the use of the Sal Anthony’s name and logo to him after his father died.

However, the younger Macagnone, 61, told The Village Sun in February that he was focused on his Pilates studios, one on Third Ave., another on Union Square, now both temporarily closed, and probably would not be involved any time soon in another restaurant. This reporter asked him late last month if he had entered into a licensing deal with Alonso. He shook his head no.

“I gave him permission to use the name,” Macagnone said during a brief conversation on Third Ave.

Informed of Macagone’s statement, Alonso insisted, “He’s involved, but not that much.” Is he an investor? “No, but he helped us with moving,” he said.

As for his motivation in staying with Sal Anthony’s over three decades in the fractious food trade, Alonso said that he wanted to maintain the elder Macagnone’s mission of affordable prices and to keep his legacy alive.

“When Anthony got sick, he told me to keep the name going, to keep the business going,” he said. “We are warriors,” he noted later.

Waiter Pedro Rivera, who was helping Alonso clear out the E. 13th St. space, seems to have a similar motivation. Like Alonso, he’s a Mexican immigrant and longtime Sal Anthony’s employee who worked a couple of months at Eleni’s Greek restaurant, and then joined his former colleagues at the East Village eatery.

Asked why he would leave Eleni’s, which appears to be doing a brisk outdoor dining business, Rivera replied, “I like the people here more,” referring to the Sal Anthony’s now in transit. He claimed he made as much in tips there “because there were fewer waiters.”

“She makes it herself,” he said. “Her ice cream is homemade.”

It’s not clear whether Micaela’s desserts will be among those offered at Sal Anthony’s at the Oculus food hall.

“This is all about nostalgia,” mused Gramercy artist Alfred J. Sussi, 86, who lived next to the first Sal Anthony’s when it was a pizza parlor. Sussi sketched an image of the Irving Place flagship with pen and ink about 37 years ago that was reproduced on the Sal Anthony’s menu.

“You have to wonder what Anthony would be thinking now about all the places his restaurant has been and where it’s going to,” he said, adding, “There’s a lot of traffic at the Oculus.”