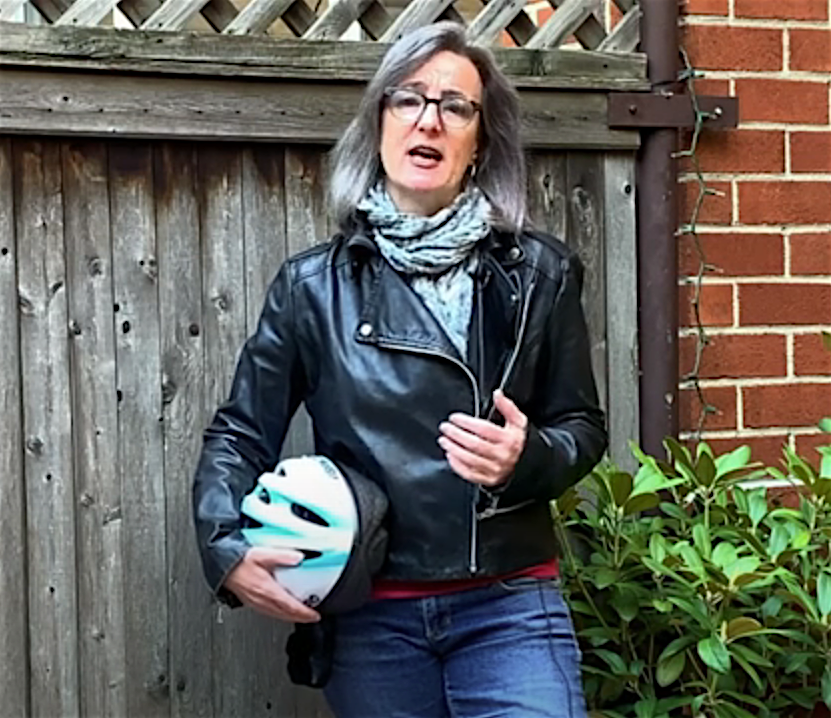 Rollin’ with Robin: A tour of Village landmarks

We’re in the midst of a monumental health crisis.

Fittingly, then, Robin Rothstein, the chairperson of Community Board 2’s Arts and Institutions Committee, has released a video of a two-wheeled tour of Village monuments.

Rothstein’s “Take a Landmark Bike Ride: West Village Resiliency Tour” makes stops at local public art and landmarks — some of them which are somewhat overlooked in the neighborhood’s day-to-day life.

The tour gets rolling at Winston Churchill Square, at Sixth Ave. and Bleecker St., and wends its way to the NYC AIDS Memorial Park at St. Vincent’s Triangle, at Seventh Ave. and W. 12th St. There are stops along the way in Hudson River Park, at the Jane Hotel and Abingdon Square.

Along the way, Rothstein checks in (remotely) with experts to flesh out the history behind each location. Interviews include Georgia Silvera Seamens of www.localecology.org, Michelle Young of Untapped Cities, Sigrid Esser of the Abingdon Square Conservancy, and Dave Harper of the NYC AIDS Memorial.

Viewers will notice Rothstein sans face mask as she makes her rounds. Some might wonder if the footage was shot before the current health crisis or at least before everyone was told to cover their face in public.

“It was filmed during the pandemic,” Rothstein told The Village Sun. “When I’m not wearing a mask, I was not within six feet of anyone, or no one was around the area at all. I had my mask with me during the filming process and would restore wearing it when anyone came in closer proximity.”

The video is presented in collaboration with Village Preservation, formerly the Greenwich Village Society for Historic Preservation.