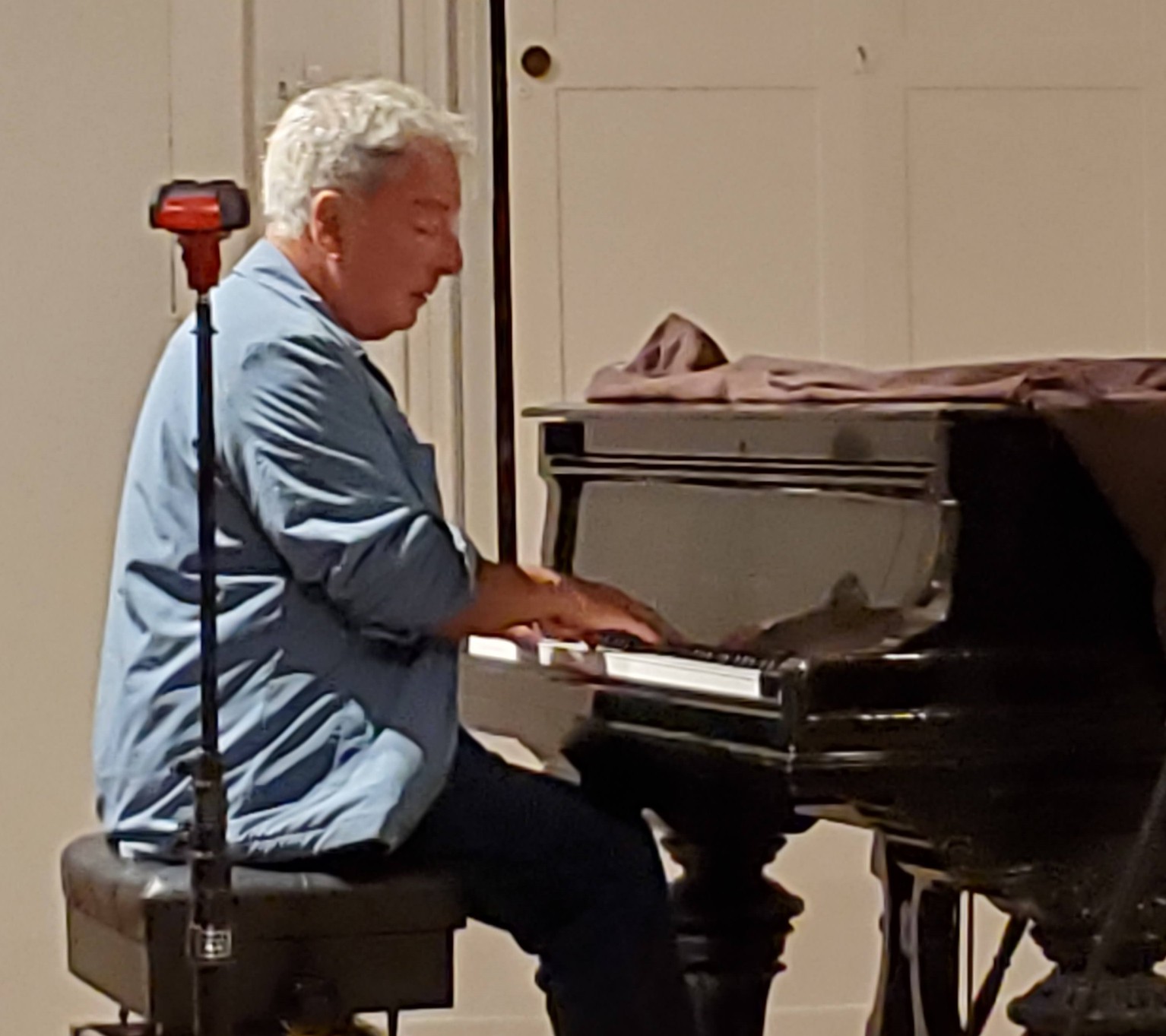 Robin Hirsch performed a piano song at the Revelation Gallery. (Photo by The Village Sun)

BY THE VILLAGE SUN | Who knew? Apparently not even he did.

The former impresario of the Cornelia Street Cafe showed off his pipes Tuesday evening in the St. John’s in the Village Church’s Revelation Gallery space on Waverly Place.

Hirsch ran the Cornelia Street Cafe for forty-one-and-a-half years until he was forced to close it in 2018 due to rising rent. The Greenwich Village cafe was renowned for its basement performance space, where singer/songwriters played to appreciative crowds.

Ironically, Hirsch himself was not encouraged to sing as a child growing up — in fact, just the opposite.

“I was told at a very early age to shut my mouth if I was going to sing,” he said, in remarks before his gig.

“I lost my virginity here at 78,” he mused of the St. John’s in the Village gallery.

Following the Cornelia Street Cafe’s closing, Hirsch did a number of readings onstage. He recounted that several friends had told him he had a nice voice. One thing led to another, and he gave singing a try.

“I’ve been studying singing for the last year and a half. I have now sung three songs in this space,” he said, before launching into a fourth.

The Village Sun video clip of his performance is admittedly not the greatest, in terms of catching Hirsch’s lyrics. But you can definitely get a sense of his vocal tone and phrasing, which are both pretty good.

Village pianist Hannah Reimann was one of those nurturing friends who encouraged Hirsch to go for it and try crooning tunes. She had been leading a monthly performance and poetry salon — a sort of post-Cornelia Street Cafe — in the Waverly Place gallery prior to the pandemic. It then went on hiatus during the health crisis and has now started back up again.

Also at Tuesday’s event, Reimann played Astor Piazzolla’s piano solo “Adios Nonino” on grand piano — a tour-de-force performance — as Annika Rhea, wearing a bodysuit, painted with her limbs and torso while dancing on a floor canvas in a piece called “Body Medium.”