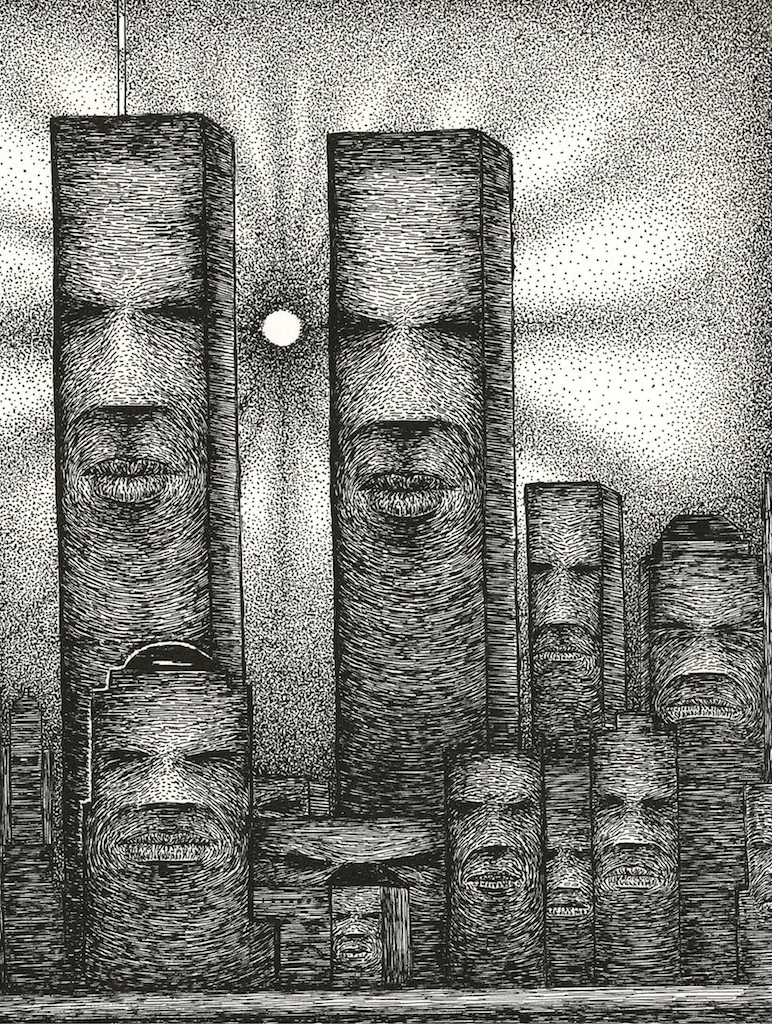 Remembering the Twin Towers and 9/11

With all the turmoil going on right now — the virus pandemic, police violence, rioting in the streets and a bitterly divided country — it’s hard to imagine that things could have been worse.

That day Islamic terrorists flew two hijacked commercial jets into the World Trade Center in Lower Manhattan, destroying both of the mighty Twin Towers and killing more than 2,700 people.

It was the worst terrorist attack ever on U.S. soil. Next year will be the tragic event’s 20th anniversary.

Mac McGill made this illustration in 2001. It’s the first in a series of images by him, called “IX XI MMI,” that was published as an art book and also in World War 3 Illustrated #32; the other illustrations in the series show the World Trade Center progressively collapsing after the horrifying attack.

In the drawings, the Twin Towers and surrounding buildings are shown anthropomorphized. It’s a signature style of the East Village artist, who has also used it to depict the neighborhood’s former squats. He created the images with a pencil, a Rapidograph No.1 pen and white acrylic paint.

McGill’s 9/11 illustrations — along with those by a number of other artists — were acquired by the Prints and Photographs Division of the Library of Congress.