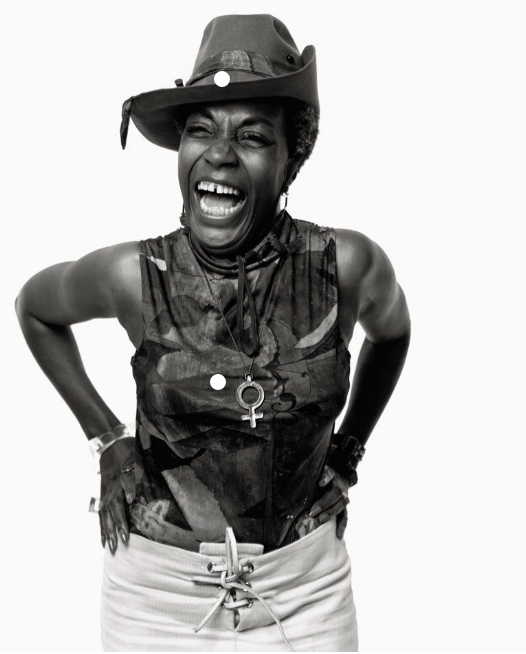 May 27, 2020
BY MARY REINHOLZ | Jacqueline Ceballos, a former president of the New York City chapter of NOW (National Organization for Women) and once Betty Friedan’s right-hand woman in organizing zap actions against sex discrimination, is 94 now. She lives alone in a two-bedroom apartment in Phoenix, Arizona. Her daughter Michele visits her daily.

Ceballos recalled how the flamboyant Kennedy had joined a NOW picket line outside The New York Times in 1967 to protest the paper’s segregated employment ads and hiring practices. No doubt the activist attorney was wearing her signature Stetson, false eyelashes, pink sunglasses and plenty of political buttons bearing slogans like “Kick Ass” and “If you want to know where apathy is, you’re probably sitting on it.”

“She was wonderful, we loved Flo,” Ceballos said during a Memorial Day phone conversation. “She had come from the black movement and she really helped us with all these different strategies. She was so supportive and taught us to be strong. After picketing, we’d go back to her apartment,” on E. 48th St. near Fifth Ave. “It was always packed with people and there was always coffee and food.”

Kennedy was an early member of NOW and other progressive organizations, including the National Women’s Political Caucus and myriad groups she founded herself, including the Feminist Party (which nominated Shirley Chisholm for president). Kennedy co-founded the National Black Feminist Organization with Margaret Sloan-Hunter, which dealt with race and gender issues, including reproductive rights. She also founded the Media Workshop to combat racism and sexism in journalism and advertising and had her own cable TV show for years.

A major theme in “Mrs. America” is the divide between white and black feminists in the 1970s, a period when the movement was dominated by white middle-class women. Writer Dahvi Waller (“Mad Men”), creator of the series, told the Los Angeles Times earlier this month that she knew little of Kennedy’s role until she read the book “Florynce ‘Flo’ Kennedy: The Life of a Black Feminist Radical,” by Sherie M. Randolf.

“After reading this book, I think it’s a gross failure that Kennedy isn’t more widely recognized,” Waller told the paper. “It’s a great biography that really places her at the beginning of intersectional feminism as one of the first women to speak about the intersection of sexism and racism and the connections between Black Power and the feminist movement.”

Writer Emma Spector in Vogue made it plain that she wishes “Mrs. America” had devoted less of its energy to Schlafly, Steinem and Friedan and more on “engaging” supporting characters, like Kennedy, who had led “The Great Harvard Pee-in of 1973.”

Specter was referring to how Kennedy organized a group of activists who showed up with jars of fake urine and poured it on the steps of the school’s venerable Lowell Hall “to protest its lack of bathrooms” for female students. She was definitely a funny lady, but there was no denying her passionate advocacy.

In her 1976 autobiography, “Color Me Flo: My Hard Life and Good Times,” Kennedy wrote: “I’m just a loud-mouthed middle-aged colored lady with a fused spine and three feet of intestines missing and a lot of people think I’m crazy. Maybe you do too, but I never stop to wonder why I’m not like other people. The mystery to me is why more people aren’t like me.”

This lowly scribe first met Kennedy while a columnist for the New York Daily News. I was covering the women’s movement and learned that Kennedy had filed an amicus curiae brief (meaning she had an interest in the outcome) in the case of Valerie Solanes — the deranged actress and anti-male writer of “The Scum Manifesto” who shot and nearly killed Andy Warhol in 1968.

She also sued the Catholic Archdiocese of New York for interfering with women’s abortion rights.

Kennedy was the second of five daughters born in Kansas City, Missouri, to a supportive mother and a father in the cab-driving business (who, legend has it,  stood off the Ku Klux Klan with a shotgun). Kennedy was the second black woman to graduate from Columbia Law School, noted her longtime friend Emily Jane Goodman, a retired New York State Supreme Court judge.

Goodman recounts the highlights of Kennedy’s life and career in a newly released video, part of a series called “Look At What SHE Did,” about remarkable women the public should get to know.

Profiling Kennedy was the idea of Julie Hebert, a Los Angeles writer and director (“ER,” “American Crime”). In the video, Goodman describes Kennedy as fearless and verbally adroit. She threatened a lawsuit when informed that Columbia Law School was rejecting her application for admission — not because she was black, but because she was a woman.

“To the NAACP, it’s going to seem like just the same,” Kennedy retorted, according to Goodman. The school admitted her.

Later in her career, Kennedy became a “hot commodity” on the college lecture circuit, often paired with Gloria Steinem, who was “elegant” in her discourse, while Kennedy was “down and dirty,” Goodman states.

As for young women of today, Goodman wrote this reporter in an e-mail that she wants to send the message to girls and young women that Kennedy, a godmother to her daughter Justine, was an empowering feel-good presence to any number of people visiting her salon.

“Even if she’d just met you, she’d invite you over to her place, where there’d always be a pot of chili on the stove,” she recalled. “You could tell her your problems. If you had a mean boyfriend, she’d say, ‘Honey, why don’t you let me have a talk with him?’ At that moment, she could fill in for your mother, father, therapist, best friend. She was there to help. And if there were microphones and cameras and a willing chorus, even better.”

As for the “Mrs. America” series, Goodman calls it “not very interesting.”

Gloria Steinem slammed the TV show last week as “ridiculous” and “not very good” in an interview, claiming it was also inaccurate for suggesting that Phyllis Schlafly was responsible for the feminist movement’s failure to get the E.R.A. ratified in the ’70s.

Virginia approved the proposed amendment to the U.S.  Constitution early this year, making it the 38th state required for ratification by Congress. But opponents are claiming the E.R.A. has long passed the 1982 deadline, making its future uncertain.

Jacqueline Ceballos, the former NYC NOW president whose memories began this account, believes that the battle over the E.R.A. is just another skirmish in a culture war that the feminists have already won in the larger court of public opinion.

“We’ve won over the world!” she exclaimed.

Her enthusiasm reminds me of Flo Kennedy’s “can do” spirit when she became a friend in the l970s after the war in Vietnam had wound down.

“If the Vietnamese can win, women can win,” she said. “Women can move out of the bedrooms and into the boardrooms.”

And so they have, Mrs. America.