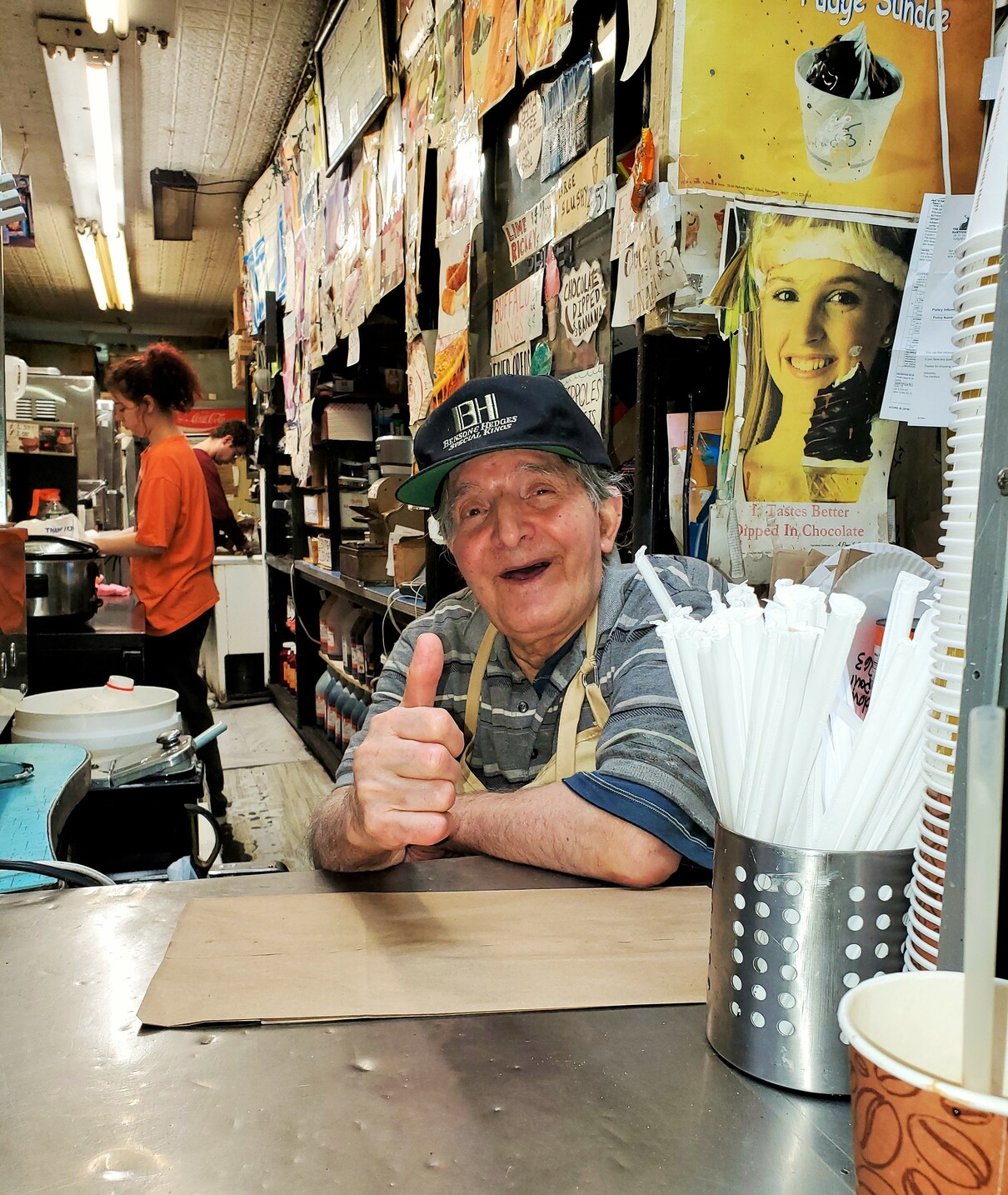 Ray gives a thumbs-up. (Photo by The Village Sun)

Ray keeps on cookin’ on Avenue A

BY THE VILLAGE SUN | “Hello, brother!”

It must be something in the egg creams.

Ray Alvarez is looking and feeling good. The veteran Avenue A fast-food maestro was manning his storefront window near E. Seventh Street on Monday night at his Ray’s Candy Store, where you can find him every night.

He admitted that he recently really slacked off one night, only working from 11 p.m. to 4 a.m. He’s often pulling 15- or 20-hour workshifts.

Ray admits he eats too much candy — “Reese’s,” he noted, shaking his head — but it doesn’t seem to have any ill effects. It must be those good Turkish genes. His real name is Asghar Ghahraman. It’s a long story.

Unlike some other older New Yorkers, he’s not isolating in fear of COVID, though admitted that, at one point, he was worried about catching it.

One disappointment, though, is that Ray’s annual birthday bash has not happened in person in the past two years due to the virus. In January, he’ll be 90. The celebrations feature burlesque dancers shaking it up like an egg cream on Ray’s worn countertop. But there’s always hope. As they say — next year in Ray’s.