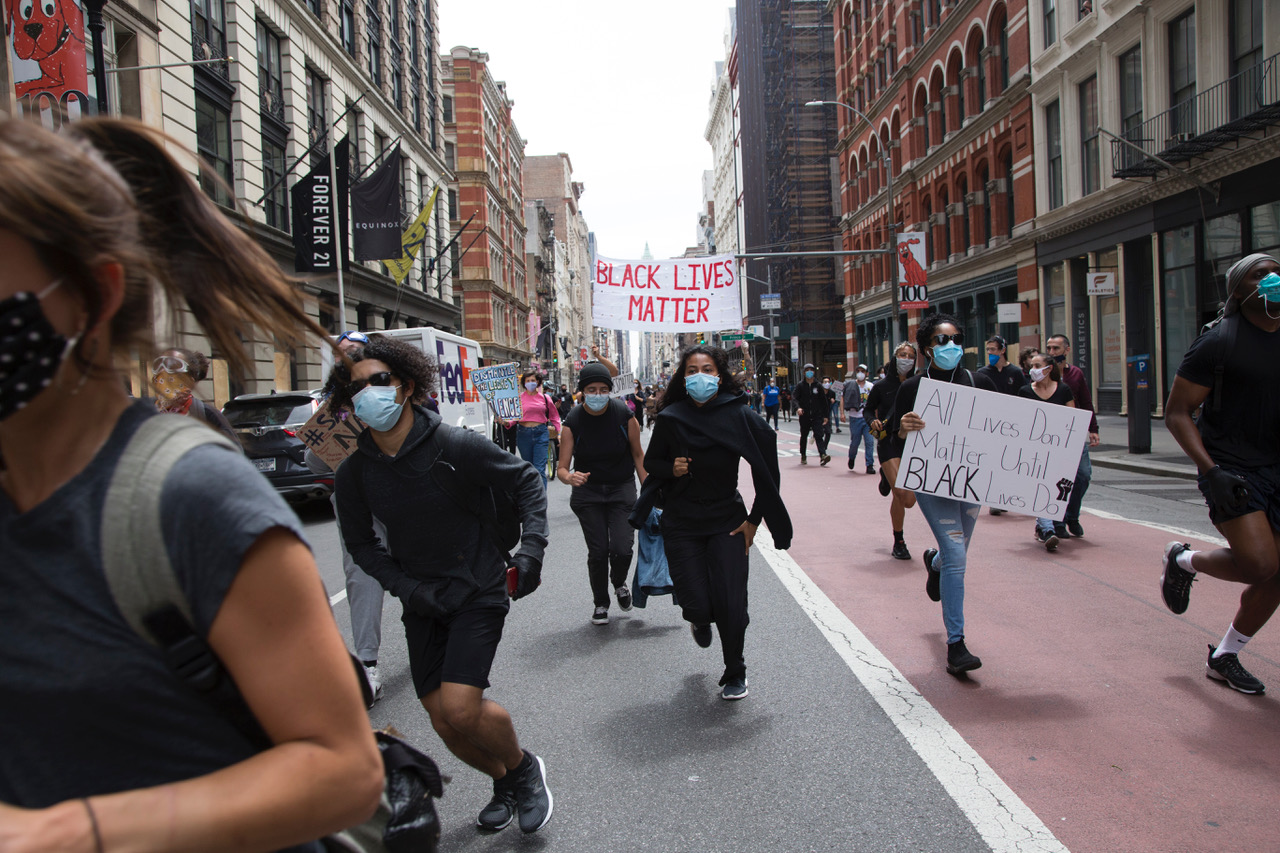 Protesters run along Broadway between Prince and Houston Sts. on Tuesday. (Photo by Q. Sakamaki)

Protests continue to run their course

As protests over the George Floyd killing in Minneapolis continue to flare, marchers in Manhattan made their way through Soho and Union Square on Tuesday.

They didn’t walk, though — they ran. Maybe they were trying to shake the police off their tail.

Police have been following the mostly young marchers, including using helicopters to keep an eye on their movements.

Floyd, 46, died in police custody on May 25, after Officer Derek Chauvin pinned him down with a knee on his neck for about nine minutes.

In addition, on Wednesday, the three other officers involved in Floyd’s arrest were all charged with aiding and abetting murder while Chauvin’s top charge was upgraded to second-degree murder.