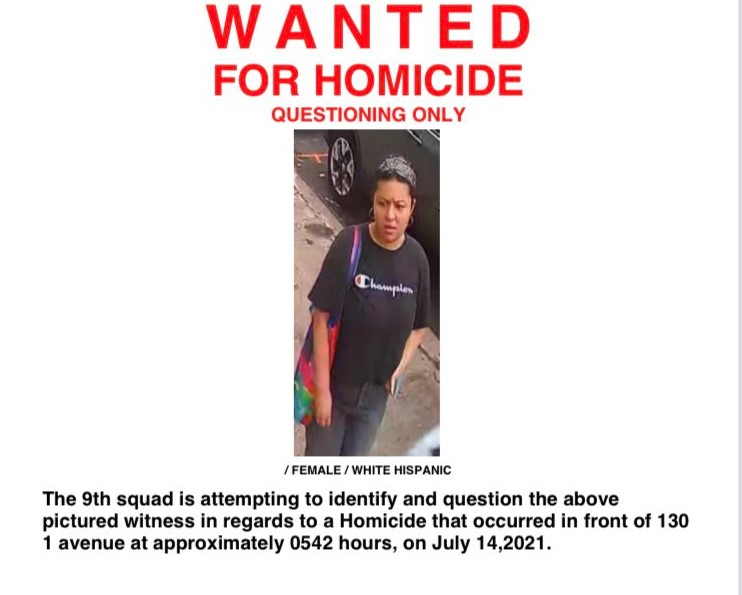 BY THE VILLAGE SUN | Police are looking for a witness who may know something about the recent murder on First Ave. in the East Village.

Marvin Bellamy, 37, was found unconscious and unresponsive with single puncture wound to his chest on Wed., July 14, around 6 a.m., on the sidewalk near the McDonald’s at Sixth St. and First Ave.

A resident of the Frederick Douglass Houses on the Upper West Side, he was pronounced dead at Mount Sinai Beth Israel Hospital shortly afterward.

Have you see this individual? We would like to speak to her in regards to a homicide that occurred on 07/14/21 in front of 130 1 avenue . pic.twitter.com/sVIltqI8IZ

Police issued a “Wanted for Questioning Only” poster featuring the image of a woman.

The Daily News reported that cops believe the woman — who wore a Champions shirt and had a colorful bag — may have witnessed the attack or was with the victim prior to his murder.

Police also recently released images of the alleged suspect in the slaying.

Also part of the investigation, police were initially unsure about the type of weapon used, whether it was a gun or a sharp object.