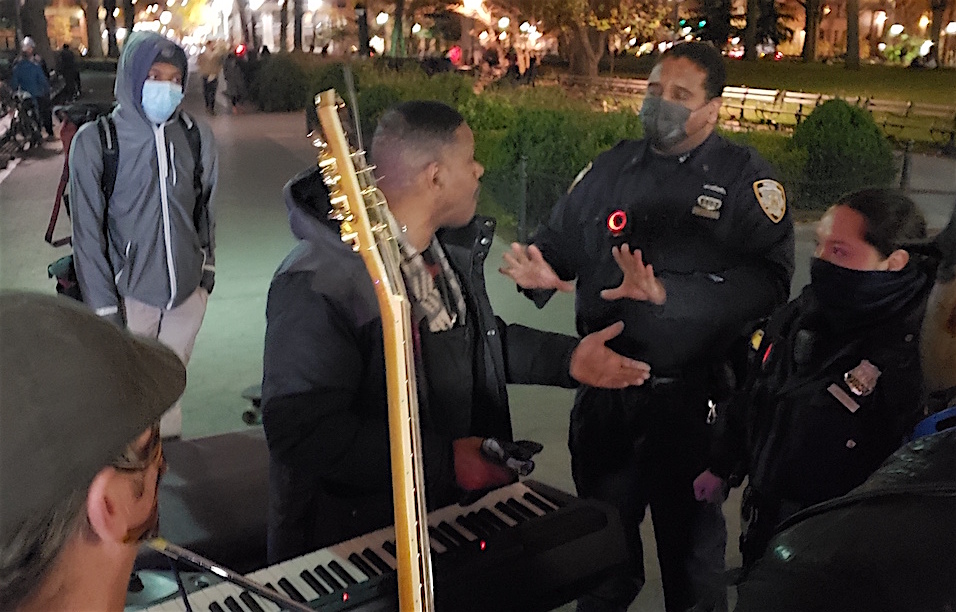 BY EVERYNIGHT CHARLEY CRESPO | Leroy Webb spent a good part of the summer evenings singing rhythm and blues and playing his electric piano by the fountain in Washington Square Park. Webb now leads a quartet which, he announced, plays in the park every Thursday night.

Last Thursday night, however, two police officers came by about 10:20 p.m. and ordered the musicians to stop playing amplified music and pack their instruments. The police also shut down someone who was playing recorded music from a 4-foot-tall boom box inside the fountain, which is now dry and draws skateboarders.

Technically, performers need to obtain a permit to play amplified music in the city’s parks. The officers explained this to Webb, adding that, even if he had a permit, he could not play after 10 p.m.