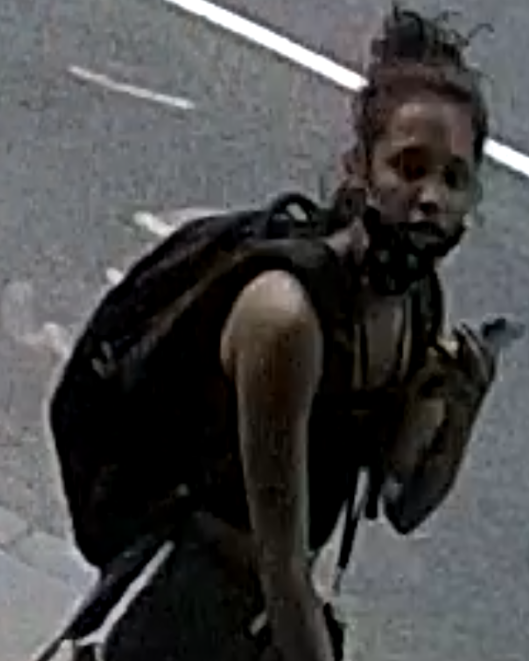 One of the alleged St. Patrick's graffitists. (Courtesy N.Y.P.D.)

The getaway driver didn’t get away.

But the graffiti artists have — at least, so far.

On the afternoon of Sat., May 30, two women graffitied on the side of St. Patrick’s Cathedral on Fifth Ave., according to police. They scrawled “BLM,” for “Black Lives Matter, “NYPDK,” for “NYPD Killers,” and “F—,” for, well, “f—,” on the famed Midtown house of worship.

Police said that on Sat., June 6, around 5:30 a.m., they arrested Yadir Avila Rosas, 26, of Astoria, Queens, on charges of criminal mischief and making graffiti.

A police spokesperson said Rosas was the getaway driver.

The female “tag team” are still being sought. Police released new photos of the two women — which appear to show them both toting spray-paint cans — captured on surveillance cameras.

Anyone with information should call the New York Police Department’s Crime Stoppers Hotline at 1-800-577-TIPS (8477) or for Spanish, 1-888-57-PISTA (74782). Tips can also be submitted on the Crime Stoppers Web site at WWW.NYPDCRIMESTOPPERS.COM or on Twitter at @NYPDTips or by texting tips to 274637 (CRIMES) then enter TIP577.