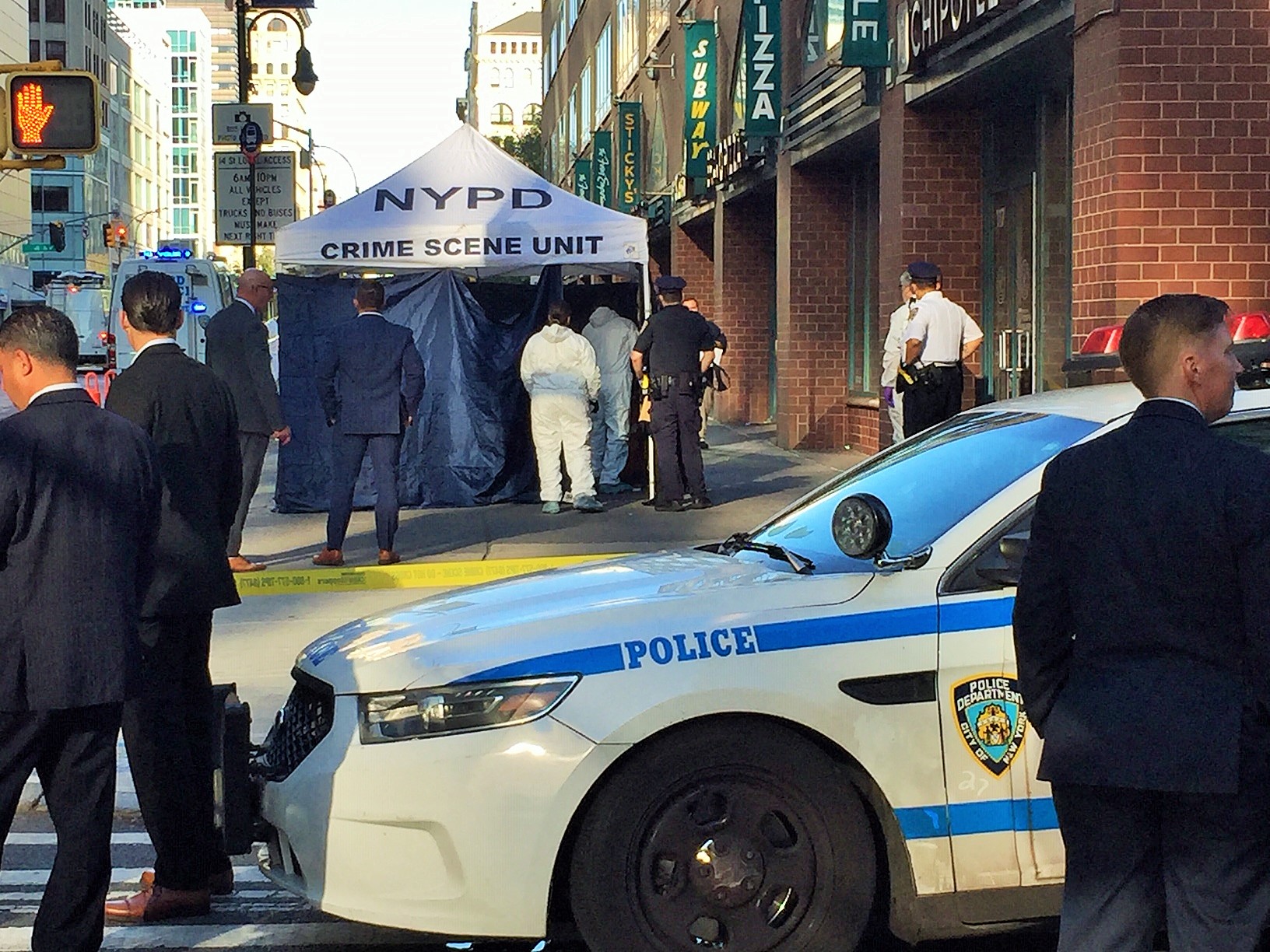 Detectives on Thursday morning worked the crime scene, where the victim's body was concealed under the tent. (Photo by © Jefferson Siegel)

Police hunt for gunman in murder of woman at Union Square

BY KEITH J. KELLY | Updated Sept. 2, 2 p.m.: Police are continuing to search for the killer of a 25-year-old exotic dancer and IHOP waitress who was gunned down near Union Square early Thursday morning.

The victim was identified as Imani Armstrong, and her address was listed as Williamsburgh, Virginia, although she had been living locally.

Witnesses told police that they saw a heavyset Black man, wearing all black clothing and a mask leaving the scene after the pre-dawn shooting.

The New York Post said that the victim was separated from her wife and had recently lost her children to foster care. Initially, a police spokesperson told The Village Sun that an arrest had been made — but later retracted that and said the arrest was involved with an unrelated murder in the Bronx.

Police responded to a 911 call shortly after 5 a.m. and discovered the victim at the corner of E. 14th Street and Irving Place, who been shot once in the back of the head. E.M.S. was summoned and she was pronounced dead at the scene.

She was reportedly coming off an early-morning shift at the IHOP two blocks away at 235 E. 14th St., between Second and Third Avenues.

The motive for the shooting was not clear, but N.Y.P.D. Chief of Department Kenneth Corey said, “The individual was targeted… . I’m very comfortable saying it was not a random attack.”

The Post reported that Armstrong had recently been served divorce papers by her wife and had moved out of the apartment they had shared about a month earlier. The paper also said she danced under the name “Red” and that her children had recently been been taken away from her and placed in foster care on Staten Island and that she was fighting to get them back.

The investigation into her murder is ongoing, police said.

Correction: Based on incorrect information from a police spokesperson, the original version of this article said an arrest had been made in the victim’s murder.