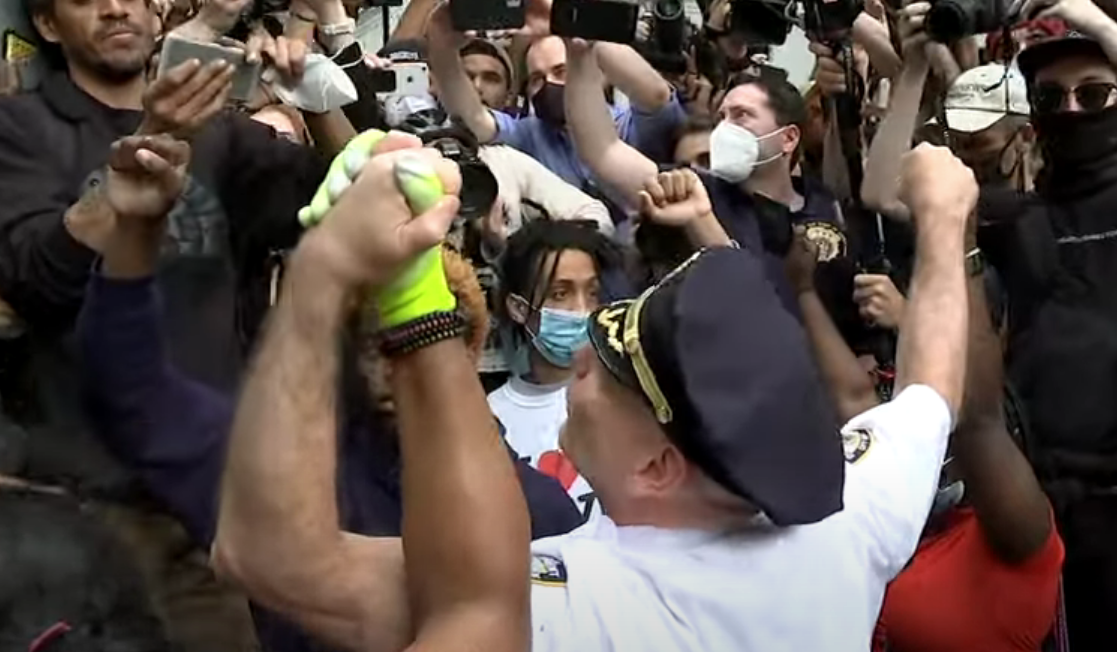 In a historic moment, Chief Terence Monahan, the chief of department of the New York Police Department, took a knee with George Floyd protesters in Washington Square Park.

Afterward, as seen in a video by Eyewitness News ABC 7, Monahan hugged protesters and said that out-of-towners who are fomenting violence need to get lost.

“Give us back our city,” Monahan said. “Get those groups outta here, from California, from all over this country, who are being paid to take this movement, which is a good movement, and turn it into violence. …

“No reason for it, it has to end,” he said. “Let New York show the country how this is done. We’ve got five days of war here that needs to end. It has to end today. Tonight when that sun goes down, peaceful protesters go home. … We’ll get rid of those that are ruining your neighborhoods.”