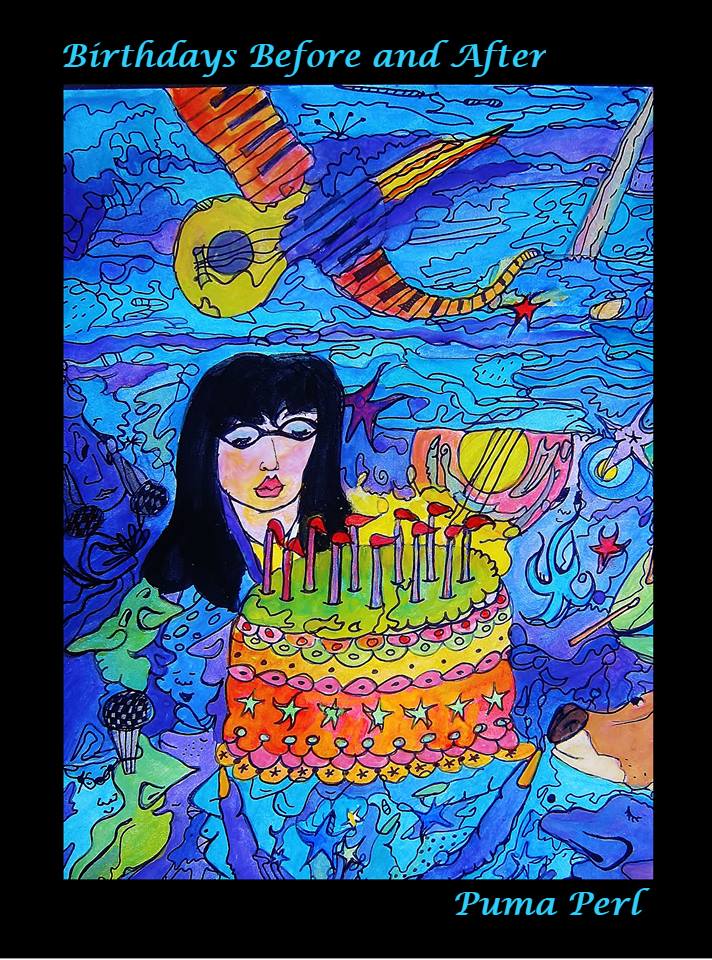 “Birthdays Before and After,” above, cover art by Chelle Mayer and design by Dennis Doyle.

Backed by a bevy of Downtown bands, poet Puma Perl will be throwing a book party for her new work, “Birthdays Before and After,” at Lady Stardust (upstairs from 2A on E. Second St. and Avenue A) on Tues., Dec. 3.

The novelist Jerry Stahl described Perl’s latest book as “a jewel” and Perl as “a national treasure”:

“To the edgy, illustrious ranks of poets like Diane DiPrima and Charles Bukowski, let us now add the fearless, delirious genius of Puma Perl,” Stahl wrote in a review. “Long a cult legend and staple of the Lower East Side poetry scene, with ‘Birthdays Before and After,’ she steps forward and cements her place as 21st-century visionary and unsparing chronicler of the human condition.

“Anyone who cares about phenomenal writing and one-of-a-kind breathtaking lines on the page needs to read this book. Puma Perl is nothing short of a national treasure living in our midst. And ‘Birthdays’ is a jewel.”

Rick Eckerle’s Tuesday Night Live Undead is hosting the book-release party, along with “a gang of poetic and musical miscreants and general troublemakers.”

There will be an open mic from 7:30 p.m. to 8:30 p.m., followed by guest readers Kat Georges, Matthew Hupert, Jane LeCroy and Jane Ormerod.

Admission is free, and there is a two drink minimum. Books will be available for purchase and signing, and also can be ordered from Amazon.