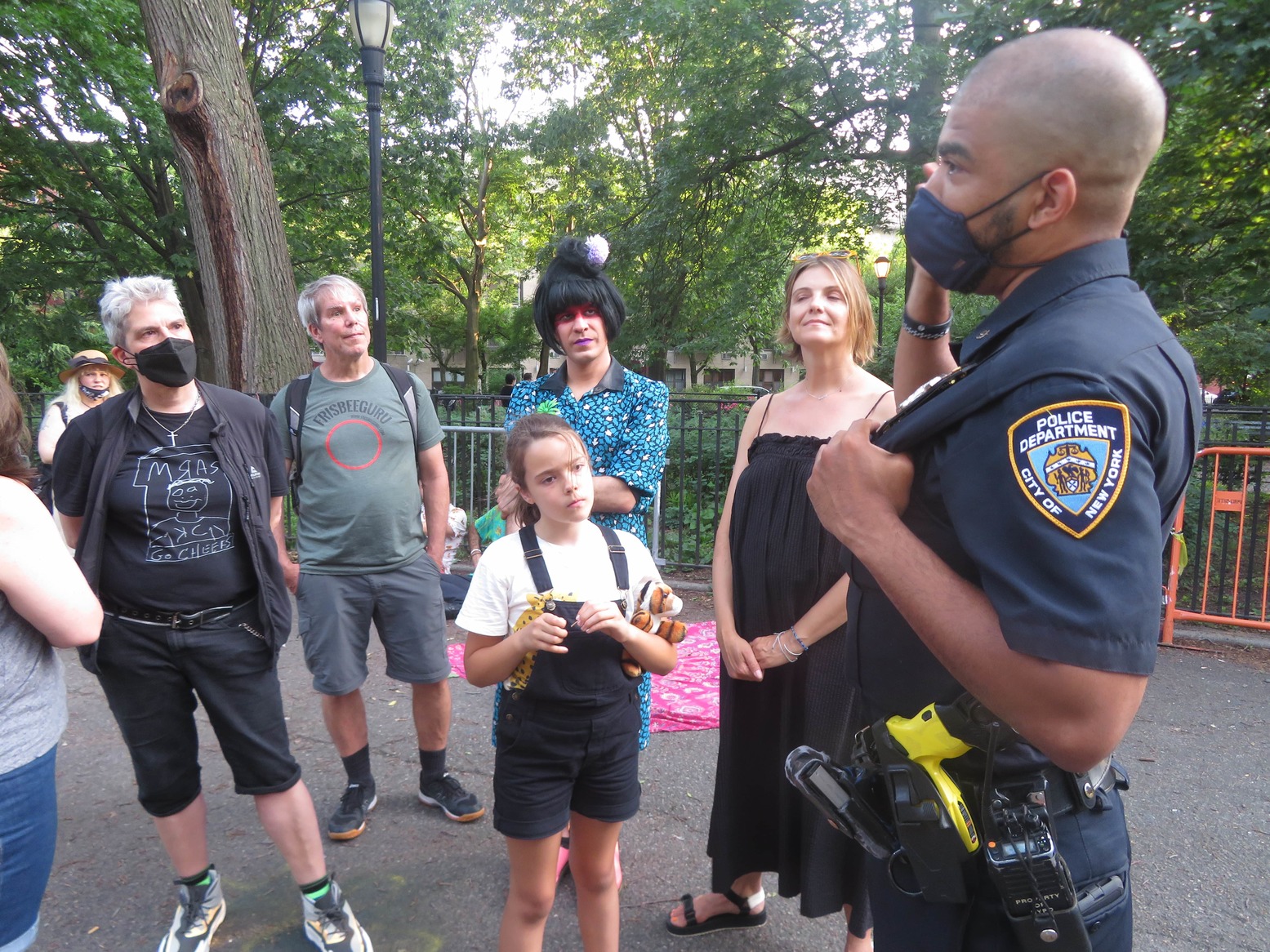 Pinc Louds singer Claudi, third from right, and fans listen as a police officer tells the band that they can't use electric amplifiers in the park without a sound permit. (Photo by Everynight Charley Crespo)

Pinc Louds’ Plan B: Play garden after being told no in park

All the focus has been on Washington Square Park lately since the police imposed an early curfew there two weeks ago. Things flared this past Saturday night as there were 23 arrests as young parkgoers clashed with cops trying to clear the park at 10 p.m.

Over in the East Village, the Pinc Louds had announced a concert in Tompkins Square Park for 7 p.m. on Saturday. The group showed up and unpacked their gear and a lot of fans were sitting around eagerly awaiting the show and the chance to dance to the high-energy band.

But a police officer told the group they did not have a required permit for amplified sound. Among the disappointed fans, a mother who came with her child pleaded with the cop to let the band play, but to no avail.

In the end, the Pinc Louds moved over to the nearby La Plaza Cultural community garden, at Ninth St. and Avenue C, and performed there before a big crowd.