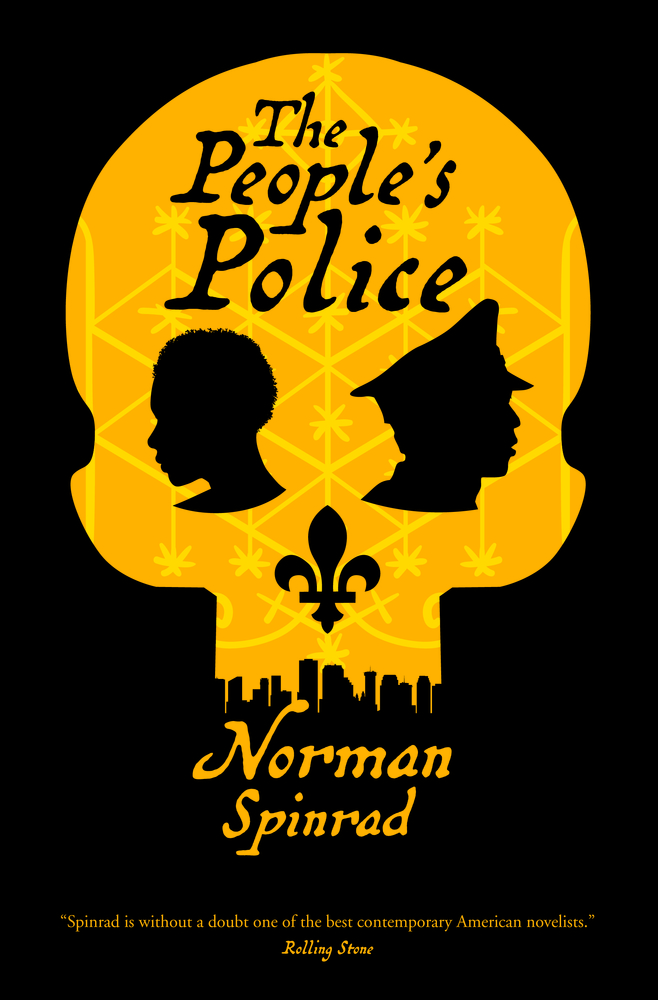 V.I.D. passed two separate resolutions. One of them demands that the New York Police Department reduce its $6 billion budget by $1 billion, with the money to be diverted to the city’s youth programs.

Invoking Black Lives Matter, the second, larger resolution that V.I.D. club members passed, during a virtual meeting, calls for a number of reforms in police practices. Among them are banning chokeholds and requiring cops to report incidents of excessive force by fellow officers.

V.I.D. President David Siffert told The Village Sun on Monday that the police must be reined in, on multiple fronts.

“The police are out of control,” Siffert asserted in a written statement. “When you give people unlimited money and unlimited weapons, tell them they are at war with a violent population, and strip them of all transparency and accountability, the results are predictable. Those predictable results are compounded by systemic racism that pervades New York and the United States more broadly. We must attack this problem on every front. We must reduce police budgets. We need to demilitarize them entirely and disarm them to (every) extent possible.”

Similarly, on June 14, the executive committee of D.I.D. passed one comprehensive resolution against police brutality and in support of the ongoing antiracist protests.

“We ask the Mayor and Council to reduce the N.Y.P.D. budget by at least $1 billion this year; reallocate to social services like the Departments of Education, Homeless Services, Health and others; and fund programs like social workers in every school and Summer Youth Employment,” Corman wrote.

One point in the D.I.D. resolution is sure to appeal to Downtowners fighting the city’s plan for a new jail on Centre St. Under a section of the D.I.D. resolution labeled “budget justice,”  it states: “Stop the development of new jails, and reallocate the $8.7+ billion in funds earmarked for new jails to community and social services.”

V.I.D. and D.I.D. join two dozen other New York political clubs and civic organizations that have issued demands for dramatic police reforms in the wake of George Floyd’s killing at the hands of a white cop in Minneapolis who’s now charged with murder. The videotaped incident and other lethal police actions against African Americans continue to provoke demonstrations throughout the U.S. and abroad.

Writing in his blogspot on June 2, he said: “Unless something is done right away and done fast, a civil war in the United States is one shot or Molotov cocktail away.”

Spinrad, 79, twice a president of the Science Fiction and Fantasy Writers of America, called for a complete overhaul of police departments across America and a nonviolent mass movement for legislation to establish “people’s police” departments in every municipality of his native land. He proposes that these be headed by elected sheriffs who would serve only four-year terms.

“This is a just and democratic demand that is simple, concrete, localist, and would bring the protesters solidarity and even the support of traditionalist Americans, almost all of whom have seen films and television of the good old small-time Wild West sheriff,” he stated in his aforementioned post.

Spinrad also noted that his 24th novel, “The People’s Police” — a tome set in decadent Post-Katrina New Orleans during a mortgage meltdown — was written “in the same spirit” as his police reform proposal. The book, penned in hipster lingo with colorful characters, including a brothel owner and a voodoo queen who runs for governor of Louisiana, was published in the U.S. in 2017.

One of its main protagonists, young Martin Luther Martin, a former gang member from the Alligator Swamp, becomes a patrolman and rises in the ranks, especially after leading a police strike over evictions, including his own in the “Big Sleazy.” He promises “power to the people” through a more tolerant people’s police.

The mantra of the novel is that cops and locals must “go along to get along” to maintain a party-time Mardis Gras economy, recognizing that if there is no victim, then there is no crime.

Asked how this laid-back approach would work in a real-life police department, Spinrad, who was once asked (and declined) to run for governor of California by the radical Peace and Freedom Party, said: “It only means that, if no one is complaining to the cops or against the cops, there’s no crime to arrest anyone for committing one. Cops still have to do traffic control, even write parking tickets, etc., but such things are not felonies. And if the head of a police force has to be elected by a community it’s policing in a contested election, the people will also be electing what kind of police it wants, what rules they want.”

Would his “people’s police” operate without guns?

Spinrad said he can’t see that happening in America, “where there are more guns than people.” But he believes there could be better rules, and said that cops should be trained not to use deadly force against unarmed suspects, and to aim “not at the head but at the legs, if possible.”

When it comes to police weapons, Spinrad favors “electric wands that cause no harm, not clubs. Maybe tear gas (for crowd control) but not rubber bullets,” he said. “Better hand-to-hand fighting. No chokeholds, but real judo or something like that is required.”

How would an enlightened flatfoot subdue a fierce assailant up close and personal? I asked him.

“The simple answer is a half nelson, one way or another,” wrote back Spinrad (who, full disclosure, I’ve known for years). “Back in the day, this was a standard cop move, painful but not life-threatening. Use his arm, but do nothing to the head or the throat. Period.

“You could kick in the balls, too,” he continued, “or if  you’re wearing hard boots, come down as hard as you can on the upper arch of a foot — painful, maybe even breaking it, but not lethal.”

As for defunding the police, as many activists have proposed these days, Spinrad insisted that such an idea “can’t work.”

“It can only make racism stronger with white cops,” he said. “There is something like 18,000 police forces in the U.S. — state, city, county, etc. One budget cannot fit all, which is one reason that electing people’s police force leaders is the only road to positive change, one by one.”

Spinrad is no stranger to controversy. His forth and most famous novel, “Bug Jack Barron,” published in 1969, is about a popular call-in TV talk-show host. He runs for president of the U.S. after discovering that a cryogenic foundation is abducting and killing black children to use their vital fluids for expensive “immortality” freezing treatments.

“Bug” was first serialized in a British New Wave science-fiction magazine, then banned by a bookstore chain and denounced as “filth” by a Tory member of Parliament for its explicit sex scenes. Despite the flak, the book won nominations for Hugo and Nebula awards, the kind of accolades that Spinrad has received multiple times over a five-decade career.

A graduate of Bronx High School of Science and City College of New York, where he considered studying law, he’s been tagged as an anarchist and syndicalist.

Asked to define himself politically, he admits being a “conservative syndicalist,” or trade unionist,  who believes that “workers should own what they’re working for.” He belongs to three unions, including one for musicians in France.

Spinrad sees “no contradiction between between Black Lives Matter” and his call for Gandhian-style protests, such as sit-ins and even blocking roads “to elect your people’s police. Far from it,” he said. But he noted that the coronavirus pandemic is “the 800-pound elephant” in the risky scenario.

Assemblymember Harvey Epstein, who represents the 74th District — which includes the East Village, Stuyvesant Town and Gramercy — told The Village Sun that Spinrad’s idea of electing a sheriff instead of having a mayor appointing a top cop wouldn’t necessarily bring about profound change.

“We’ve elected mayors and district attorneys for four-year terms and reforms haven’t always happened,” he said. “People have to change their ideas about policing.

“We don’t need to abolish the N.Y.P.D.,” Epstein said. “We should be thinking about how they deal with crowd control and community issues and how we think of them as first responders. We can reduce the size of the police and focus on health issues and having community oversight of the police.”

Siffert, the V.I.D. president, makes it plain he wants police to be fully retrained and held accountable for misconduct and criminal acts.

“We need to retrain them to treat citizens as their bosses instead of their enemies and inferiors, or better yet, reassign most of their tasks to social workers and other professionals,” he said in an e-mail. “We need real accountability — both independent decision making for internal discipline and a special prosecutor for all police crimes, not just ones that result in deaths. And we need to work as a society on the systemic racism that results in black New Yorkers bearing the brunt of the consequences of unchecked police.”