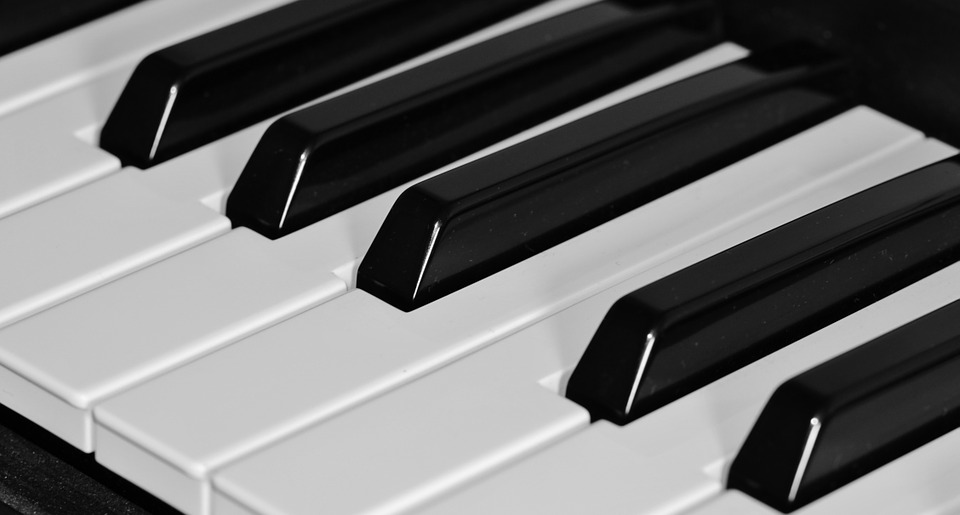 BY MICHELE HERMAN | About eight years ago, when the piano tuner fixed two silent keys on our secondhand Acrosonic, something ancient stirred in me and I knew I wanted to try to learn to play again.

The last time I’d felt this stirring was when I was around seven and begged for lessons. I learned my “G” clef, earned a few gold stars in the kiddie beginner books and played some simple pop tunes before the enterprise fizzled. My teacher was — sorry, Mr. M., but there’s no other way to put it — an old fart, and I was an undisciplined student. I felt like the Volga boatmen in the book: a lot of heaving and ho’ing but very little forward motion.

Now I was finally ready. I slowly and painfully taught myself to read the rest of the notes and worked my way through some adult beginner books. After a few years I feared I had acquired some bad habits (like skimming over the more mathy aspects of the music) and I hired Village native Jesse Featherstone to teach me. He plays, directs and produces, with two bands and a career that’s going places. He had also been my son’s classmate at West Village Nursery School and P.S. 3 and is 35 years my junior. He is the antithesis of Mr. M.: passionate, clear, attuned to his students’ learning styles, fun to work with, equally adept in classical and jazz.

Working with Jesse has turned out to be the biggest present I’ve ever given myself. Not that it’s been easy. I’m pretty good with languages that are made of words and grammar, and I have learned a few wonderful Italian music terms, like appogiatura and dal capo al segno. But music is built on a framework of numbers, fractions and symbols to codify pitch and duration and pattern of the various frequencies of vibrations that humans can hear.

The rudimentary piano layout was devised in the 15th century and has only been tweaked since then. The five black keys that interrupt the nice flow of the white ones that represent the C scale may have been an ingenious way to save space on the keyboard, but they are a bear to work with.

The most valuable lesson I’ve learned is one that’s made me a better writer and a better writing teacher: Keep trying earnestly every day and you’ll get better. How obvious can you get, right? The wrinkle is that it never happens on the schedule you’d like, and often you feel you’re stalled, getting worse, or altogether without aptitude. Then one day you sit down and something that was hard yesterday is easy today. Something that was too complicated to hold in your mind makes perfect sense. Something your brain struggled to integrate no longer requires brainwork, as if your fingers were saying to your brain: Take five, I’ve got this.

One of the long-range goals I had set with Jesse was to develop enough fluency to accompany my singing husband. I wasn’t sure I had enough years left to get there, but Jesse’s confidence in me has been steadfast.

And then came the pandemic and, with it, cabaret on Zoom and my husband’s singing-class monthly open mic on Zoom, and much cursing about the time lag that makes live accompaniment impossible. My husband and his classmates were singing to tinny Music Notes tracks instead of their teacher’s glorious live playing.

Way before I felt ready, Jesse taught me the basics of accompaniment: My main job is to lay down a simple “bed” for the singer. Less is more. The process is a live collaboration.

I’ve now accompanied my husband twice at open mic, as welcoming a setting as a rookie could ask for. The first time we did “Both Sides Now,” using Mr. M.’s ancient handwritten arrangement. This was a song I used as a kind of target practice as a teenager, playing it over and over as fast as I could until I got it right. I still had a little of that muscle memory. Our performance went fine. The next month we did “As Time Goes By.” It also was fine, even unremarkable.

Then we were invited to do a number at the Zoom version of “Groovin’ on a Sunday.” This is a long-running monthly cabaret show run by musician friends of ours, Ann McCormack and Woody Regan, with a close-knit company of performers. We’ve often been guests, with non-singing me doing spoken word. Back in late February we got to be guest co-hosts at the last live show, a highlight of our lives. We never had to think about accompaniment because everyone relied utterly on Woody, who always made everyone sound great while calling exactly the right amount of attention to himself.

The charm of cabaret, of course, is that it’s live and intimate. Things sometimes go awry, and when they do, the pros turn the glitch to their advantage. I’ve seen it happen dozens of times: The singer flubs a line or starts in the wrong key or goes blank. As long as he or she doesn’t get clutched, but makes a joke and gamely picks back up, things always get better than they were before. You can almost hear the audience exhale collectively. The singer wins the audience’s trust and love, because it could happen to anyone.

Unfortunately, none of this applies to the accompanist. If my brain froze or my fingers hit the wrong notes, I needed to keep going, though I wasn’t sure I had the musical chops to recover. When we practiced, I came to hate the express-train way my husband’s singing kept going when I felt desperate for a pit stop.

We were going to do “Old Cape Cod,” made popular by Patti Page in 1957. This was in honor of our upcoming annual two weeks on the Cape. We would pair it with a wistful poem I’d written about the Cape in the spring, when we had no idea if we’d be able to go.

The sheet music for this chestnut is four pages long, with guitar chords at the top, the singer’s melody line in the middle, and an elaborate, even flowery piano arrangement below; my husband likes to say that songs like this are why rock ’n’ roll got invented.

Around the time when my piano lessons moved to Zoom, I had already been learning about adding ninths to chords, which means creating a richer, more complex layer of harmony by playing the note that’s one step above the root note, in addition to the usual third, fifth and seventh intervals. We had also been doing a little work on 2-5-1’s, chord progressions that show up all over the place in popular music because of their innately pleasing sequence of anticipation and resolution.

I understood all this just well enough to explain it, but I didn’t know it in the second-nature way I know things like how to deploy a semicolon or a double entendre. I would need months and maybe a year for this brand-new information to work its way deeper into my system and fingers.

I had a couple of weeks. Jesse and I decided I would play the elaborate intro followed by just the chords for the melody portions. But the song comes around three times to the phrase “you’re sure to fall in love with old Cape Cod,” and each time a different “voicing” follows, full of rapid chord changes, many of them stretching my small hands as far as they can go. After the middle one there’s a bridge, and Jesse insisted I should — and could — play all these parts as written.

I practiced incessantly. I got worse. I developed a conviction that I could not pull it off. I couldn’t imagine ever recovering from the shame if I ran off the rails. I couldn’t sleep. Even I couldn’t stand to be around myself.

The day before the show I went for a walk to cool my head and who should I see on a Village bench but Mark Janas. He’s a classical virtuoso and the accompanist at Salon, a long-running weekly open mic where my husband occasionally sings and I do my spoken word, even though we both find Salon’s vibe a little terrifying.

Mark told me that mistakes are inevitable. His mantra: Play the next passage as beautifully as you can. That is, stay focused on the music and the moment. It gets easier with time, he said. He was very kind.

“Groovin’” happened. I did fine. Not great, but respectable. I was overjoyed.

We were invited back in December. We decided to pair a villanelle I’d written about the kids coming home for the holidays (not going to happen) with the lovely “Try to Remember.” The sheet music, on paper, is simpler than “Old Cape Cod.” In practice, the bridge — with its multiple three-octave-spanning rolled chords — is a killer. I stayed calm in the lead-up; recent history taught me that I would be fine. I practiced diligently but not insanely.

The day came. Lots of friends and relatives were in the Zoom room. I got overexcited and flubbed the easy part. Spooked, I flubbed the hard part. My husband tried to slow the train down for me. But the important thing is that I persisted. I didn’t grimace on camera as I am prone to do when practicing.

We got the video. I didn’t sound as terrible as I’d feared. My triumph, which I don’t mean to belittle: I endured a difficult, inevitable rite of passage, and I didn’t die of embarrassment.

Now, with Jesse, I’m working my way through a fake book of pop and jazz standards, learning to play rootless chords and to apply all the drilling I’ve been doing on my 2-5-1s (major and minor versions, two different voicings of each). I didn’t even know these terms a couple of years ago. Jesse tells me that I can skip the root notes of the chords because the bassist handles those. I can’t begin to imagine a scenario in which I’ll be playing with a bassist, but I listen to my teacher.

For more about Jesse Featherstone, check out his bands, The Hook Club and Olivia K and the Parkers. For information on piano lessons with Featherstone, e-mail jessefeatherstonemusic@gmail.com. For more on “Groovin’ on a Sunday,” see the cabaret series’s Facebook page.