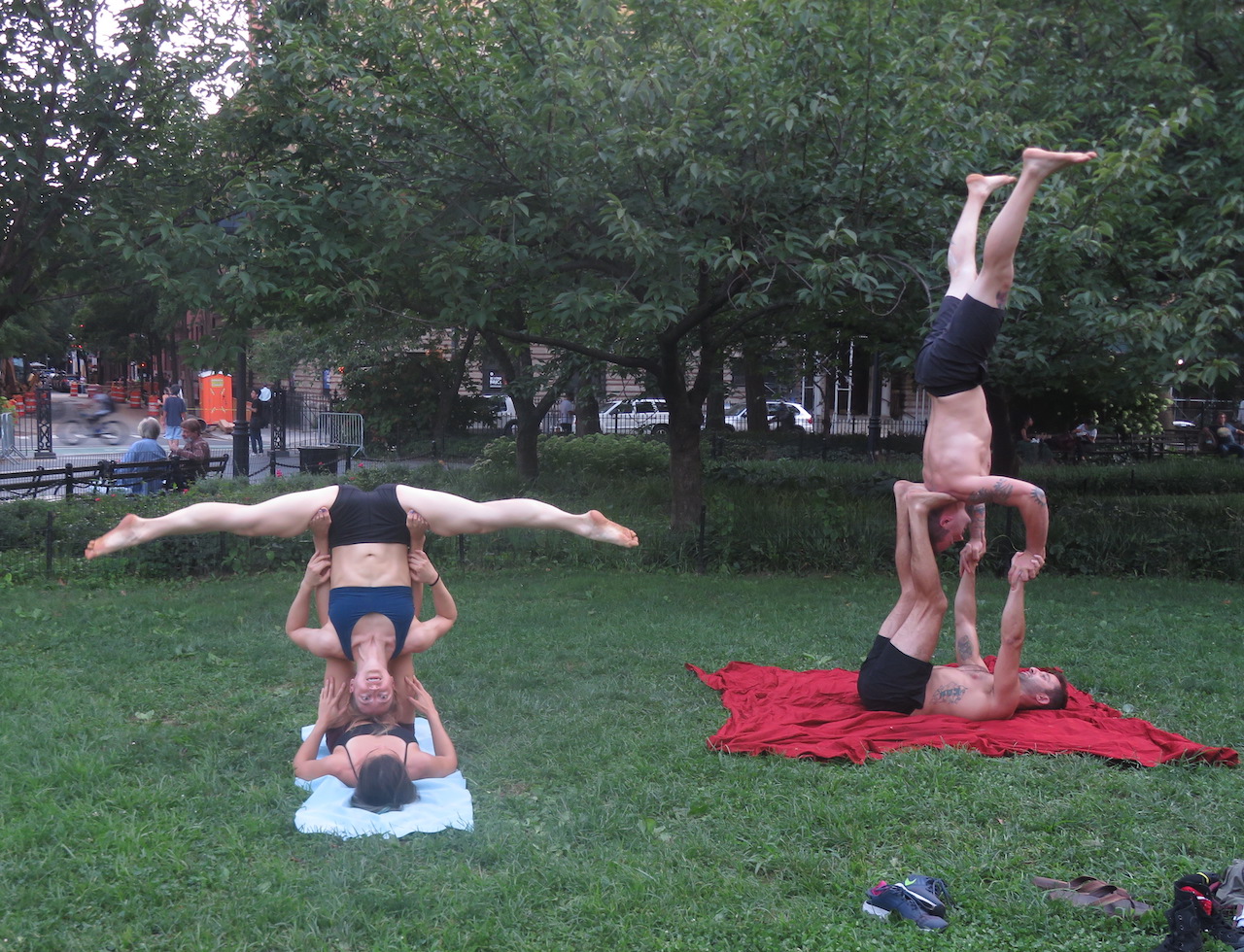 Acro-yoga acrobats get a lift working out in Washington Square Park. (Photo by Everynight Charley Crespo)

Everynight Charley Crespo has been busy during the days, too, covering all the goings-on in Downtown parks — from acro-yoga, to the Charlie Parker Festival to the demise of the storm-damaged elm tree in Tompkins Square Park and more… .

For the past 27 years, the City Parks Foundation and SummerStage had presented the Charlie Parker Festival in Tompkins Square Park and other locations on the last weekend of August.

This year, amid the pandemic, SummerStage chose to celebrate the festival virtually and on just one day.

Eric Paulin, who last month celebrated his 10th anniversary of playing in the park several times every week, got a permit, and announced that he was doing his own Charlie Parker Jazz Festival.

Although he announced a two-day festival, Paulin canceled on the planned first day, Saturday, because of the threat of thunderstorms. On Sunday, he moved his band from its usual spot by the Temperance Fountain to where the park’s band shell used to be.

A group played Chinese gongs in Washington Square Park on Aug. 20. It was not a playful event where anyone would come up and bang a gong, but more of a solemn, spiritual happening.

There was plenty of sweet, thick incense in the air, and around 10 silent people were sitting lotus style in front of the row of gongs. Those who played the prayerful percussion instruments created soft hums rather than the crashes one might expect.