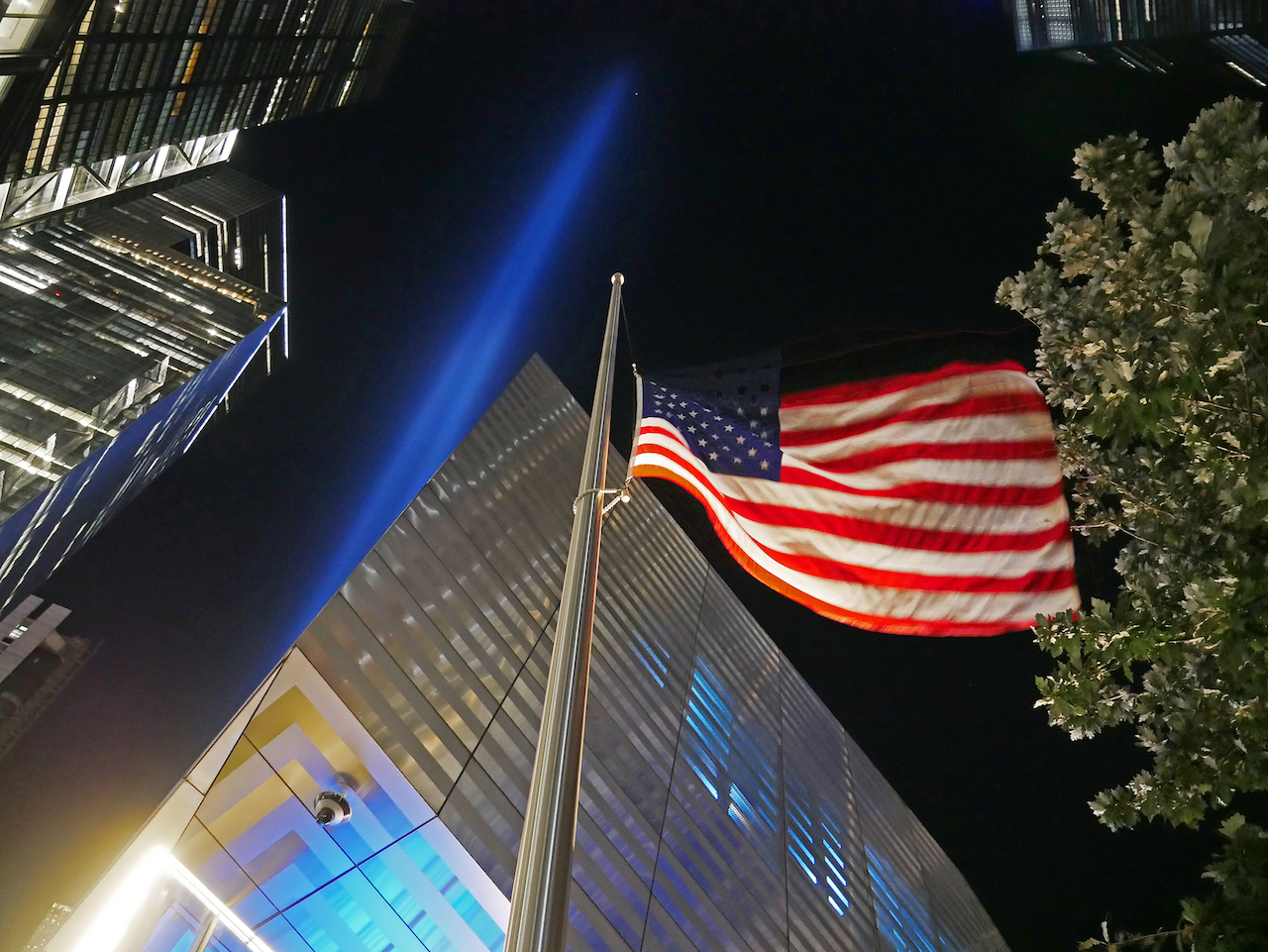 The Tribute in Light beamed up to the skies near the World Trade Center on Friday night. (Photo by Milo Hess)

On Friday, the 19th anniversary of the World Trade Center attack, there were displays of patriotism and solidarity and also, later that night, the Tribute in Light beaming up to the heavens.

Members of Team Red White and Blue marched over the Brooklyn Bridge to the 9/11 Memorial to pay their respects. The group’s mission is to enrich the lives of America’s veterans by connecting them to their community through physical and social activity.

Marching with them was Toba Potosky, a Democratic candidate for City Council in District 33 (Brooklyn Heights, Greenpoint, DUMBO). The president of the Cadman Towers Tenants Association and a community activist, it’s Potosky’s first campaign for political office. The District 33 seat is currently held by Stephen Levin, who will be term-limited out of office at the end of 2021.

Initially, the Tribute in Light was going to be canceled this year. The National September 11 Memorial and Museum had felt the event posed a health hazard to workers who set up the lights. But Governor Cuomo announced additional funding would be allocated to ensure the workers’ safety, and the museum agreed to stage the tribute.