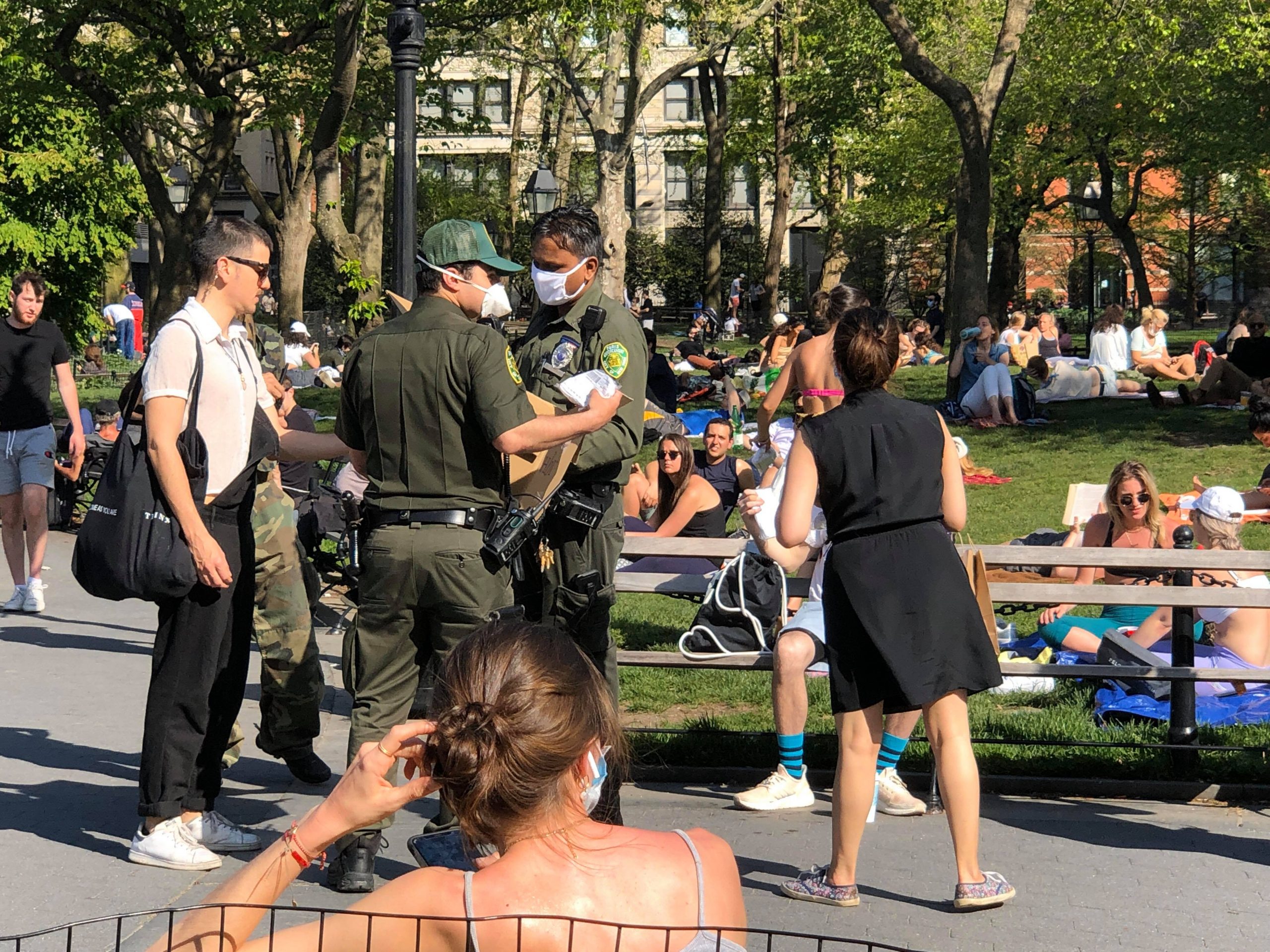 Parks and paths fill up amid warm weather

The beautiful weather over the weekend saw cooped-up New Yorkers bust out from the shelter of their apartments to stream to the parks and bike paths.

Meanwhile, the city is finally starting to get a bit tougher on making people socially distance and wear face masks while in public.

Mayor de Blasio has been stressing the need to wear face coverings to help stop the spread of coronavirus. And police are now going around parks, breaking up large groups of people and handing out masks to those without them.

The message seems to be getting through, at least on one of the major bikeways. On Saturday, most of the cyclists, joggers and pedestrians along the East River bikeway between E. 23rd St. and E. Sixth St. had on masks, though some had them in the “down position,” draped around their necks.

On the other hand, many people hanging out in East River Park were not wearing masks.

Ninth Precinct police were in Tompkins Square Park handing out face masks, where a lot of folks also were without them.

“This is my last one,” an officer said as he handed a white mask to a long-haired guy standing with a man and woman both sporting red-and-black tiger-stripe masks.

The guy put it on, then posed with his friends as the officer snapped their photo. Giving some East Village attitude, the woman laughingly flipped a double bird for the camera.

After the cops walked off, one of the group quipped, “It’s a condom” and they chuckled.

But many others in the park lacked masks, some of them hanging out in groups, especially in the oval on the park’s southern side.

The Daily News reported there were three arrests in the park Saturday for an incident that started with an effort to enforce social distancing.

Over on the West Side, as the Hudson River Park was being inundated with people in the sunny weather, there were complaints about a lack of social distancing.

Nearby at the East Village Social bar, on St. Mark’s Place, a duo was jamming out in front of the place on banjo and trumpet on songs like the ’50s classic “Sea of Love” as a small crowd watched. Most people were not wearing masks.

A small crowd was also gathered on the sidewalk on the opposite side of the street, some sitting on chairs, a few with dogs, just hanging out.

As 7 p.m. struck, the neighborhood erupted in hoots, hollers, cheers, car-horn honking, a clown horn squeaking and pots and pans clinking. In Stuyvesant Town someone boomed Elton John’s “Saturday Night’s Alright for Fighting” out of his or her window.

At least someone could still remember what day it was.