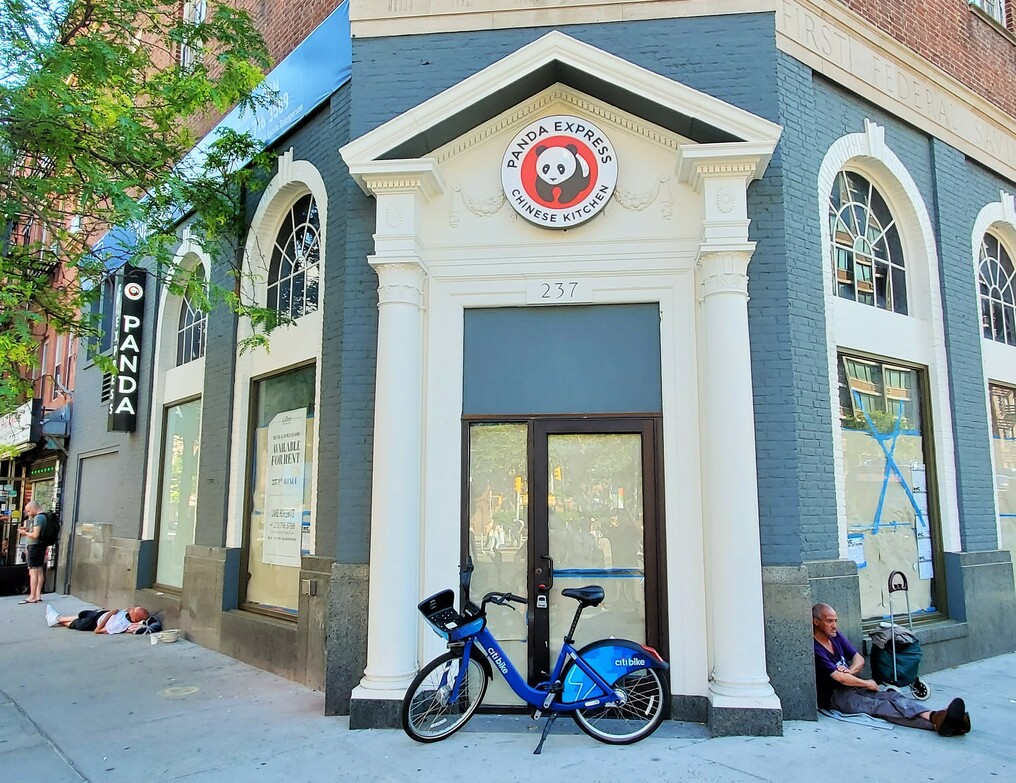 BY THE VILLAGE SUN | It looks like Hane is going to have a little competition for the Asian restaurant market in the East Village / Stuyvesant Town area.

A troubled East Village corner that has been dark for a while is going to be enlivened by a new storefront. Panda Express is coming into the space at the southwest corner of 14th Street and First Avenue. Admittedly, it’s no Hane. Rather than a swanky sushi spot, it’s a self-described “fast-casual” Chinese restaurant. 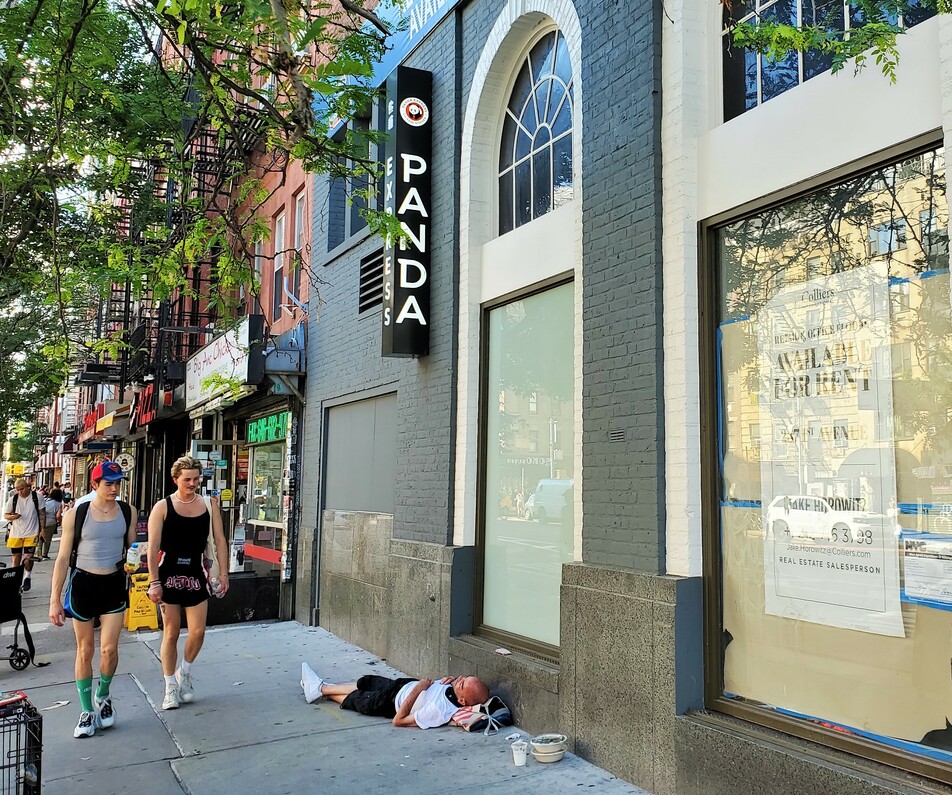 But the down-and-out corner — formerly home to a bank, followed by a Verizon store — has been part of a sketchy scene at the intersection in recent years. On the other side of the street is the area’s entrenched, so-called “thieves market.”

As for Panda Express, it describes its fare as “Chinese Flavors With American Tastes,” if that makes sense. The chain’s “all-time favorite” dish is “Original Orange Chicken.”

However, if you want authentic Chinese food in Downtown and Lower Manhattan, there’s no shortage, and of course there’s always Chinatown. While there are a few other Panda Expresses elsewhere farther Uptown in Manhattan — and, in fact, more than 2,200 of them across the country — this would actually be the chain’s first outlet in Manhattan south of 31st Street.

In fact, most native New Yorkers probably have never even heard of Panda Express — as mind-blowing and incredible as that might seem for suburbanites who don’t live here but can always find a Panda Express at their favorite local mall food court.