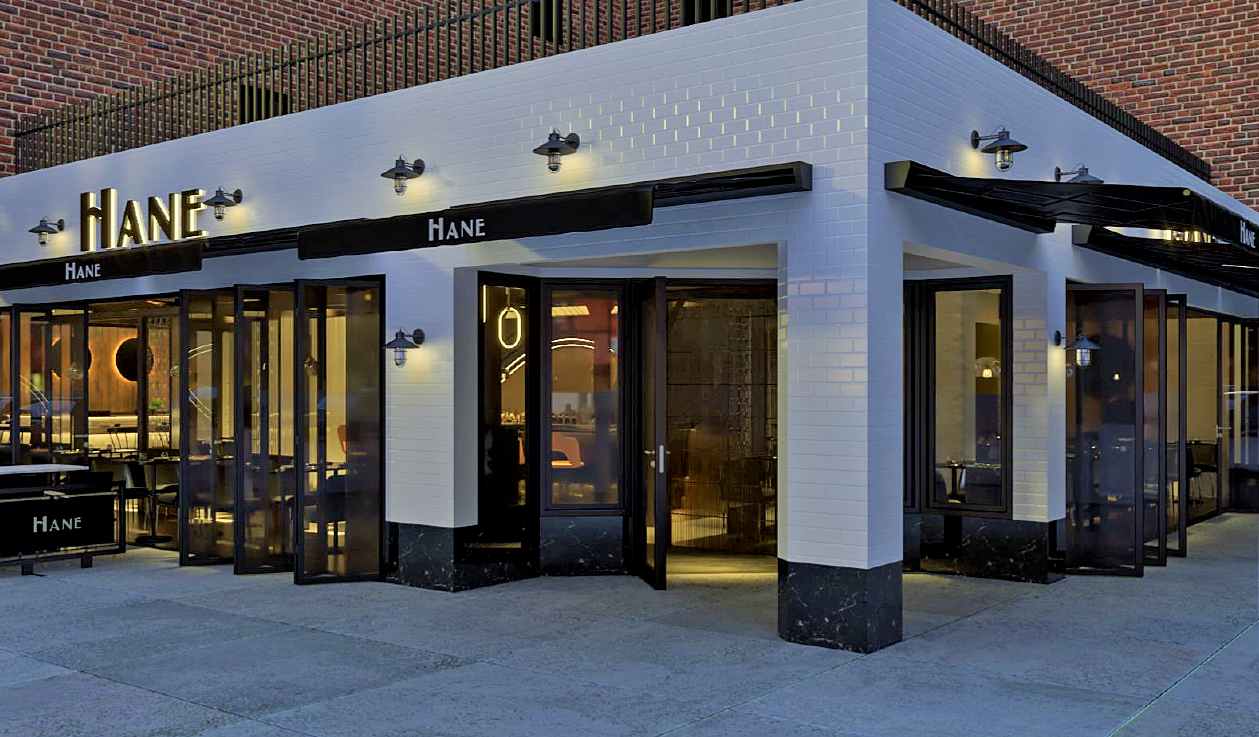 An architect's rendering of what the spruced-up Hane will look like once the renovation is finally complete. (Courtesy Beam Living)

BY KEITH J. KELLY | Hane, a popular, family-owned sushi restaurant  in Stuyvesant Town, plans to reopen for in-house dining — but nobody can say exactly when as extensive renovation continues and indoor and shed dining remains closed.

Takeout service continues via a side door as the kitchen continues to operate as the renovation proceeds.

Area residents were alarmed when the restaurant — which had been a lifesaver throughout the worst of the COVID shutdowns, with its popular two-for-the-price-of-one drink special available all the time — suddenly papered over its windows and shut down its indoor and outdoor shed dining areas in March.

Initially, a woman who identified herself as the manager and wife of the owner said the restaurant — at the southeast corner of E. 20th Street and First Avenue — hoped to reopen by the “end of May.”

But that came and went as renovation work continued.

Asked on Monday by The Village Sun if there was a new tentative reopening date,  the manager said, “We don’t know. We are still renovating. I can’t tell you what I don’t know.”

The brown paper that was put in place on the inside of the windows of the restaurant was in more recent weeks replaced by an 8-foot-tall, green, wooden, protective construction wall — suggesting there was more intense renovation work now underway. Late last week, workers were spotted atop the green construction wall doing brickwork on a new facade.

The manager previously told The Village Sun that Peter Cooper Village / Stuyvesant Town was “helping” in the renovation, but didn’t provide details.

A spokesman for Beam Living, which manages the sprawling East Side housing complex for hedge-fund owner Blackstone Group, said, “Our commercial neighbors are important parts of our energetic, vibrant community, and we are proudly supportive of them.”

Unlike the Italian restaurant across the street, Rosemary’s — which took over the Belgian restaurant Petite Abeille and also expanded to include the adjoining Mexican restaurant Vamos — there is no expansion of the footprint planned for Hane, according to building permits. A storefront adjacent to Hane that once housed a toy store is now vacant but won’t be tacked onto the Hane space.

FedEx is apparently going to be the new tenant in the former toy store space and is busy doing its own renovation.

There was also a rumor afoot that the owners of Rosemary’s, across the street on the northeast corner, had made a bid to buy their sushi-serving neighbor — but that apparently is not happening.

As far as a grand reopening date for full-service at Hane, a Beam Living spokesman said only, “It will be completed in the next couple of months.”