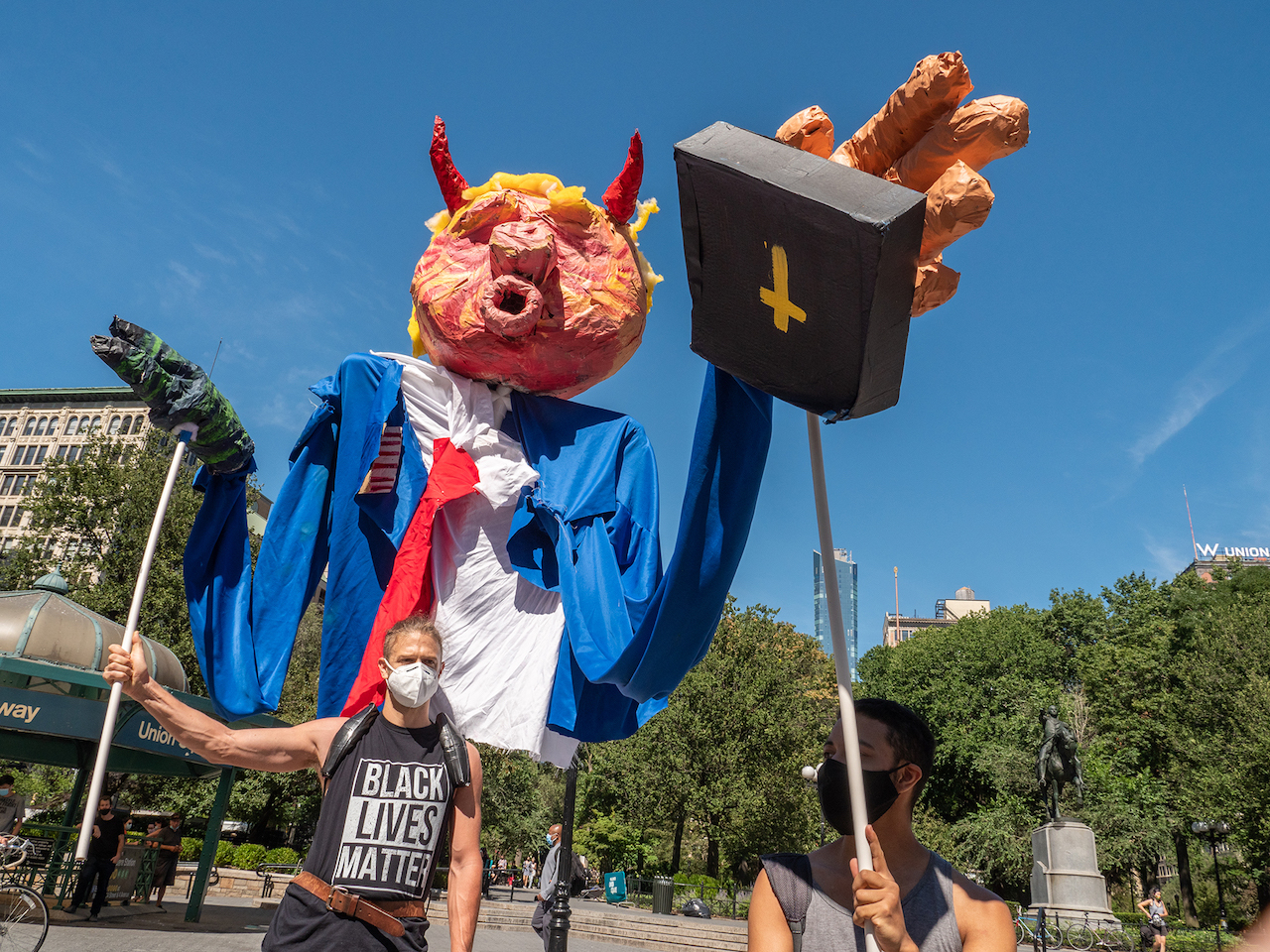 A protester with a giant Trump puppet, apparently referencing when riot police and tear gas were used in June to clear away protesters so Trump could walk to St. John's Church near the White House for a photo-op. (Photo by Milo Hess)

About 200 people turned out for an Out Now Trump / Pence protest organized by Refuse Fascism on Labor Day.

When they said, “Out now,” they meant it. They demanded the immediate removal of the White House’s current occupant.

Refuse Fascism, which is based Downtown, was organized in the wake of Trump’s victory in 2016.

According to its Web site, “RefuseFascism.org is a movement of people coming from diverse perspectives, united in our recognition that the Trump/Pence Regime poses a catastrophic danger to humanity and the planet, and that it is our responsibility to drive them from power through nonviolent protests that grow every day until our demand is met.

“This means working and organizing with all our creativity and determination to bring thousands, eventually millions of people into the streets of cities and towns, to demand: This Nightmare Must End: The Trump/Pence Regime Must Go!”

Perhaps taking a cue from Kathy Griffin, someone in the crowd had done up a Donald Trump mask on a stick to look like a bloody head on a pike.

After a few hours of provocative but peaceful protest in Union Square, they marched uptown.