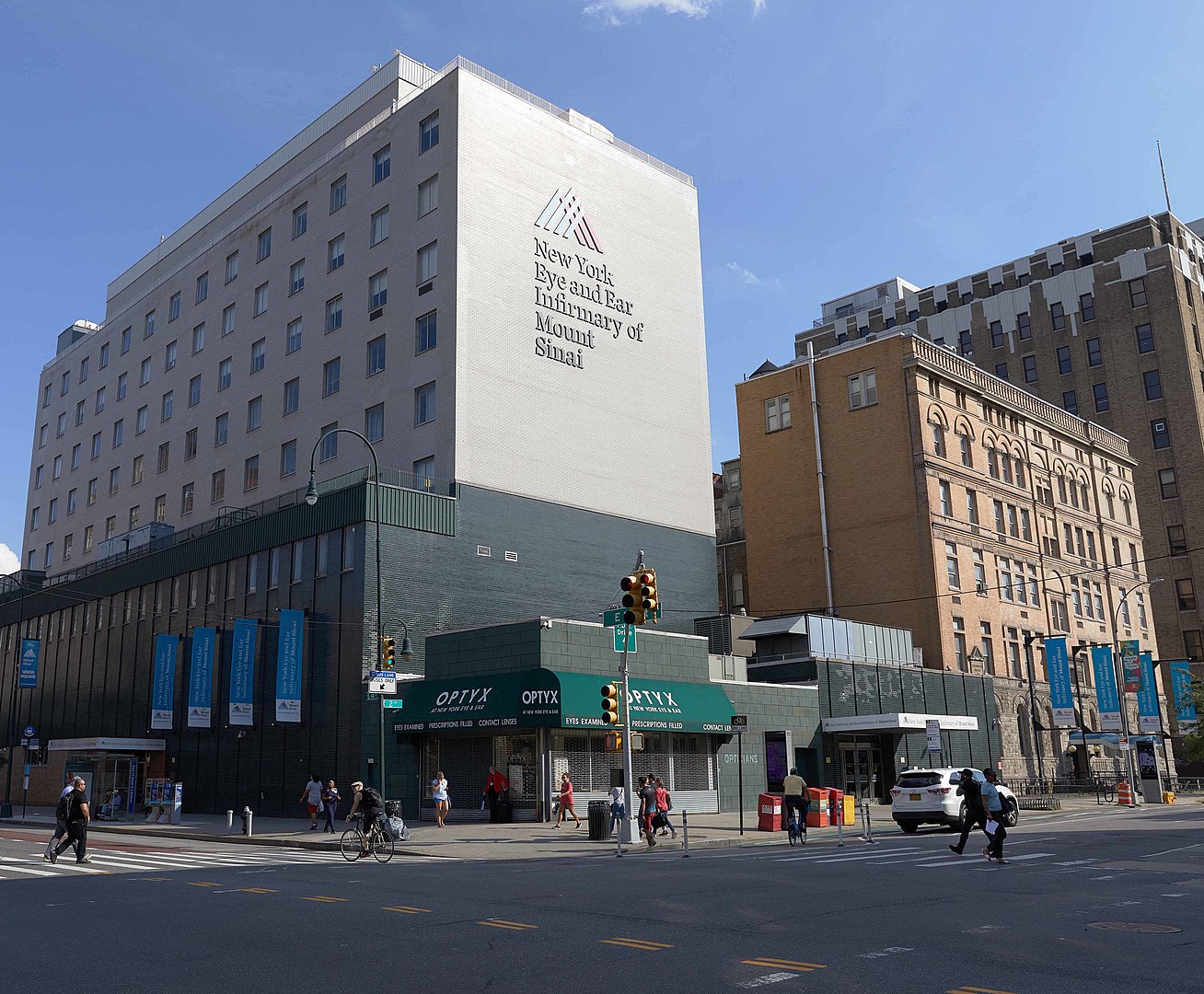 The New York Eye and Ear Infirmary. (Photo by Ddnile)

BY DR. RICHARD S. KOPLIN | All New Yorkers should be alarmed: A 200-year-old historic medical institution, the New York Eye and Ear Infirmary, is under assault.

The Mount Sinai Health System is dismantling our nationally renowned institution, which will result in the loss of vital, integrated specialty services to tens of thousands of patients while simultaneously erasing the opportunity for the continued development of new diagnostic tools and treatments for disorders of the eye, ear, nose and throat (ENT).

Over the centuries the infirmary drew talented physicians anxious to benefit their patients in its unique culture of collegiality and mutual professional support within a singular, cohesive campus. This unified “one-stop shop” is made for efficient, timely and cost-effective care of a nature rarely seen in medicine today.

Mount Sinai’s plans — which literally change weekly — should serve as a clarion call to the community — patients, politicians, healthcare planning agencies and all medical professionals. For two centuries the infirmary has offered the most remarkably expert and efficient clinical care for integrated eye and  ENT care in the tristate area.

After Mount Sinai Healthcare System acquired the infirmary in 2013,  Mount Sinai representatives vowed at their first meeting with staff to commit to the future of this valuable institution. They promised they would “cherish” the infirmary and would not fail its 200-year mission.

Now, a few years later, Mount Sinai is abandoning its commitment. According to management, the only financially viable path forward is to abandon the infirmary and spread the degraded services around Lower Manhattan. Using Sinai’s flawed logic instead of a cohesive medical institution, the 200-year-old infirmary would simply become a sign on a door somewhere amid Mount Sinai’s myriad buildings.

At a community board meeting earlier this month, Mount Sinai representatives claimed that no decision had been made yet regarding the facility. But we know that past and current plans— first, moving clinical services out of the infirmary and, second, a recent application by Mount Sinai Beth Israel to the New York Public Health and Health Planning Council (PHHPC) to eliminate New York Eye and Ear Institute as a separate, nonprofit entity and merge it with the hospital group — paints an entirely different picture of their level of transparency and veracity.

Mount Sinai’s stated plan has been to literally erase The New York Eye and Ear Infirmary from existence, selling off its real estate, while attempting to provide life support to Beth Israel Medical Center three blocks away –– a rickety, inefficient, unmanageable institution. Beth Israel was losing hundreds of millions of dollars yearly well before COVID. Their plans would be laughable if it didn’t mean that New York would simultaneously lose a world-class specialty institution that has served, and continues to serve, the growing need for specialty eye and ENT care services to tens of thousands of New Yorkers yearly — and has done so for more than two centuries.

Let’s be clear: Shuttering the infirmary without pursuing the collective ideas and input among all its stakeholders is a reflection of institutional hubris on the part of Sinai — a take-no-prisoners attitude — and is an affront to the original mission of the New York Eye and Ear Infirmary. Mount Sinai has failed to look to its core support system — those with boots on the ground, the rank-and-file doctors and nurses who work at the infirmary day in and day out, who are the backbone of this historic institution and who know how best to serve their patients. Mount Sinai’s mismanagement of the infirmary and their plans to close the institution as it exists should be rejected by the public.

More than that, PHHPC, the state health council, should deny Mount Sinai’s application for a merger, unless they put forth a sound and responsible plan — acceptable to the community — that will promise to keep New York Eye and Ear open and operational with the equivalent level of services it has enjoyed for more than 200 years.

Instead of pursuing an unwarranted dismantling of this venerable institution to shore up their bottom line, Mount Sinai should partner with the those who have made the infirmary what it is — or step aside as those who are invested in its future reinvent the New York Eye and Ear Infirmary for the 21st century.

Koplin is a board-certified ophthalmologist and longtime attending physician at the New York Eye and Ear Infirmary.