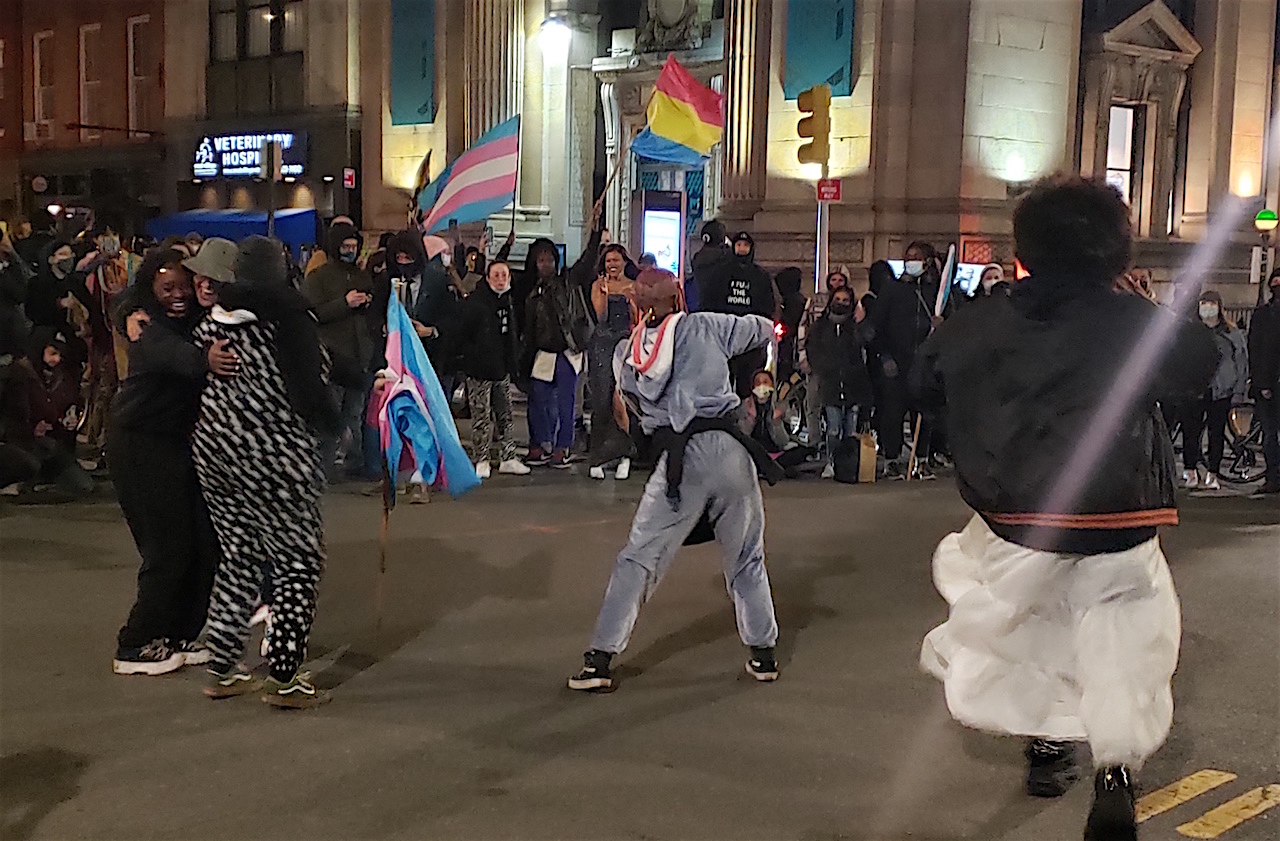 The group vogued and danced in the intersection at 14th St. and Eighth Ave. for about a half hour or more. (Photo by Everynight Charley Crespo)

Thursday evening around 8:45 p.m., a dance party took over the intersection of Eighth Ave. and 14th St. About 200 people filled the street, so that only a few cars were able to squeak by.

There was a drum corps along with a very diverse group, toting BLM, trans, pansexual and progress pride flags, plus some flags that cannot even be found on the Internet.

A speaker made political statements and then became an emcee for a vogue session, mostly led by trans youth.

About five or six police officers were at the southern end of the intersection, but stayed at a distance and neither acted nor helped with traffic.

Trucks and crosstown busses were paralyzed, so the drivers simply turned off the lights and waited. By 9:30 p.m. the party had moved on and there was no sign that anything had happened.

However, what had been good vibes at 14th St. reportedly changed into a chaotic situation later on. The New York Post reported that the group came from the weekly Thursday night Stonewall Protests on Christopher St., which focus on black queer and black trans empowerment. When they eventually marched up from the Village to Columbus Circle, some allegedly vandalized the Maine Monument with anti-cop graffiti and police made arrests at that point.