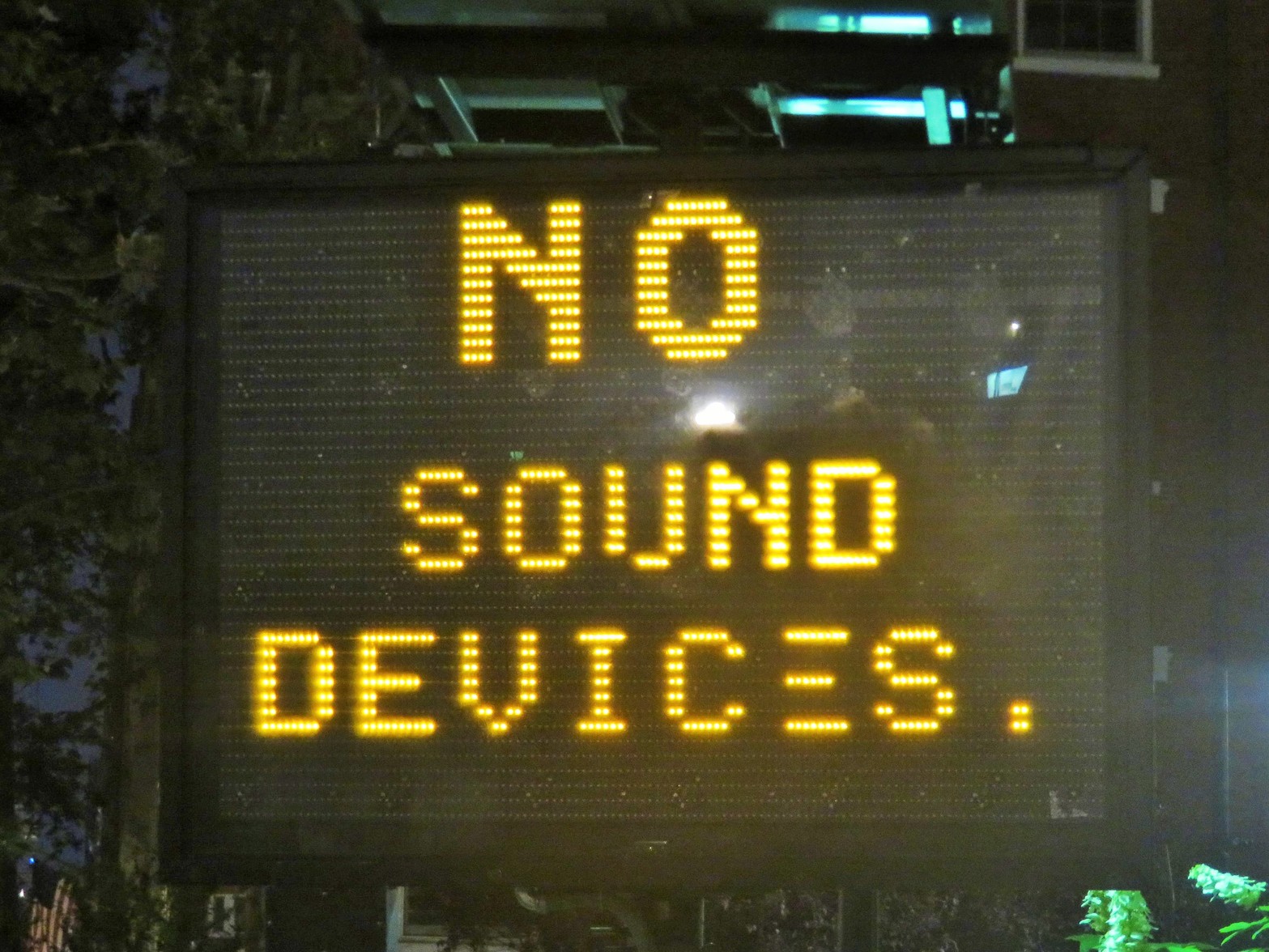 No! No! … and No! Signs of the times in Washington Square

You might say Washington Square Park has become the Land of No.

Around 1 a.m. Tuesday morning — an hour past the Monday-through-Thursday curfew — people were still hanging out there.

A newly installed electronic sign flashed the park’s longstanding rules, including no alcohol and no amplified sound, as well as no skateboarding or bicycling.

However, maybe due to the heat wave or because of the heated clash with police over Saturday’s early park closing, the scene was more subdued than usual.

Saturday’s skirmish saw nearly two dozen arrests and got wide media coverage. But the mayor said the 10 p.m. weekend curfew will stay for now, though hopefully not too long, because of problems with amplified music and people being “contentious” when told by cops or park police to knock off the late-night noise. The curfew will “disrupt some patterns,” he said.

“I saw a lot of youth sitting in the park and a lot of homeless sleeping on the benches,” he said. “One boom box was playing but no one was dancing. There were no large groupings. I saw no bikes and a couple of skateboarders. Everything was tame. No police or Parks Department personnel in sight.

“The large electric signs send an unpleasant, negative message,” he added. “They bully people by telling them what they cannot do, without suggesting what positive things people can do. Electronic policing is most unwelcoming and unwelcomed. The sign at least should have added messages like, ‘Welcome to Washington Square Park’ or ‘Enjoy the Park.'”