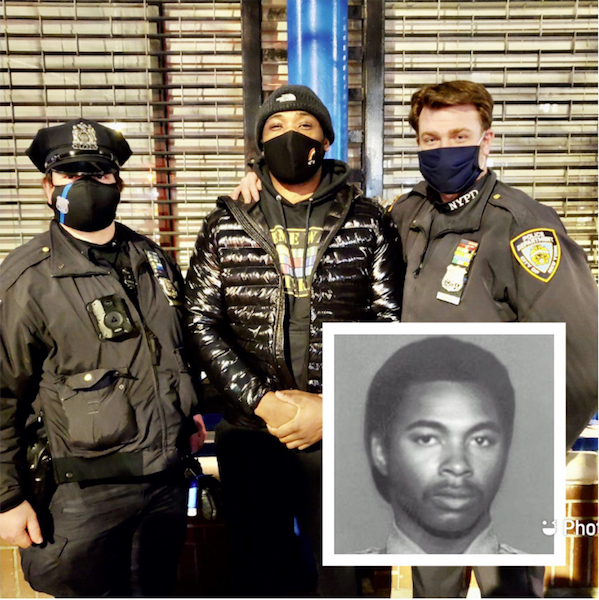 Ninth Precinct police gathered Wednesday at Avenue B and E. 11th St., where, in an infamous incident, two East Village cops were assassinated 49 years ago.

Police Officers Gregory Foster, 22, and Rocco Laurie, 23, were gunned down in cold blood at the spot on Jan. 27, 1972, by members of the Black Liberation Army.

Tonight, we gathered as a Precinct on the block where Officers Foster and Laurie were assassinated 49 years ago (Avenue B & East 11 Street).
Leading us in a moment of silence was Police Officer Gregory Foster III, who joined the 9th in his grandfather’s footprints. #NYPD pic.twitter.com/Yv8ppZb2IS

Leading the police in a moment of silence was Foster’s grandson, Officer Gregory Foster III, who himself is now a member of the Ninth Precinct.

On that fateful winter night in the early ’70s, the patrol partners were walking their beat when three or four suspects walked past them, spun around and opened fire, shooting them in their backs. Foster was hit eight times and Laurie, six.

A black cop and a white cop, the two young men liked and respected each other and had requested to be patrol partners. Both were Vietnam veterans and married. Foster had two young children. Laurie’s wife was pregnant but would later miscarry.

The early ’70s “were not a good time to be a cop,” Edward Conlon, a writer and former N.Y.P.D. officer, relates in an in-depth article about the killing of the officers, “The War at Home: Remembering Foster and Laurie.”