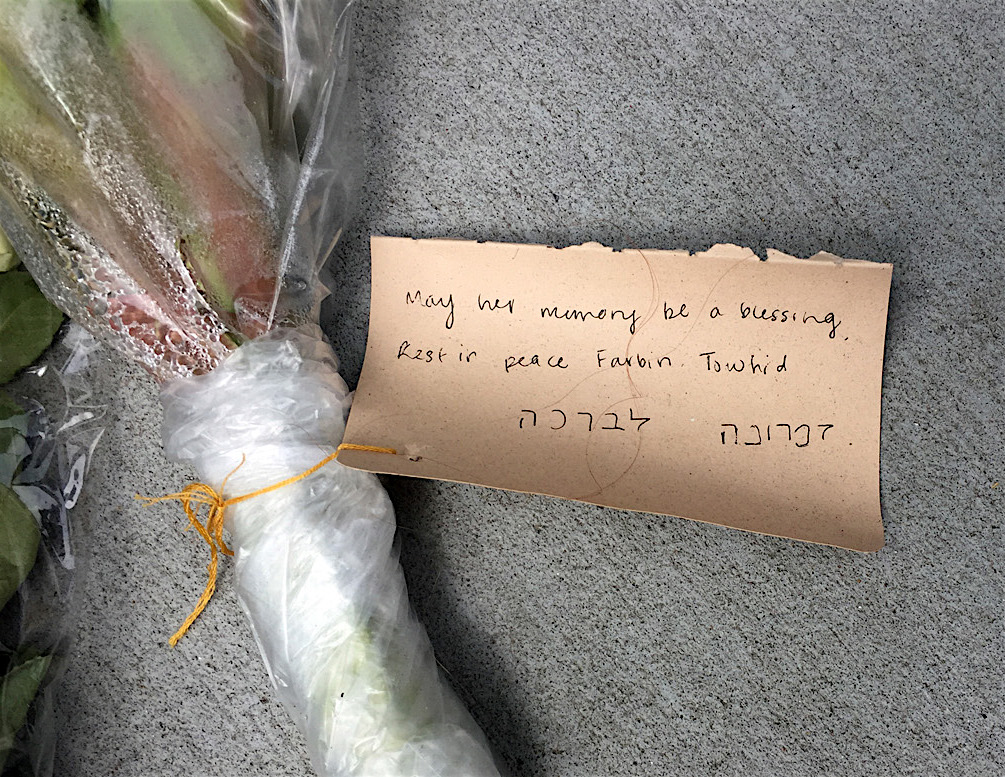 Flowers and a memorial note left to shooting victim Farbin Towhid outside an N.Y.U. building at Broadway and Waverly Place. (Photo by © Jefferson Siegel)

Outside a New York University building on Broadway near Waverly Place, a memorial of flowers and notes were left, remembering first-year N.Y.U. student Farbin Towhid. A similar memorial to her was placed at the base of the Washington Square arch.

Towhid was killed in her home in a mass shooting in Allen, Texas, on April 5. Officers found her, her two brothers, her parents and her grandmother dead during a wellness check. It is suspected the two brothers decided to shoot their family as part of a murder-suicide pact.

According to the Washington Square News, N.Y.U.’s student newspaper, Farbin was a dedicated Tisch Film and Television student with a passion for animation.

Three days later, there was another mass shooting in Texas, at a cabinet-making facility in Bryan. One person was killed and five were injured. The alleged shooter was an employee. A state trooper was also wounded while arresting the suspect.

There have been eight mass shootings in Texas so far this year, according to news reports.