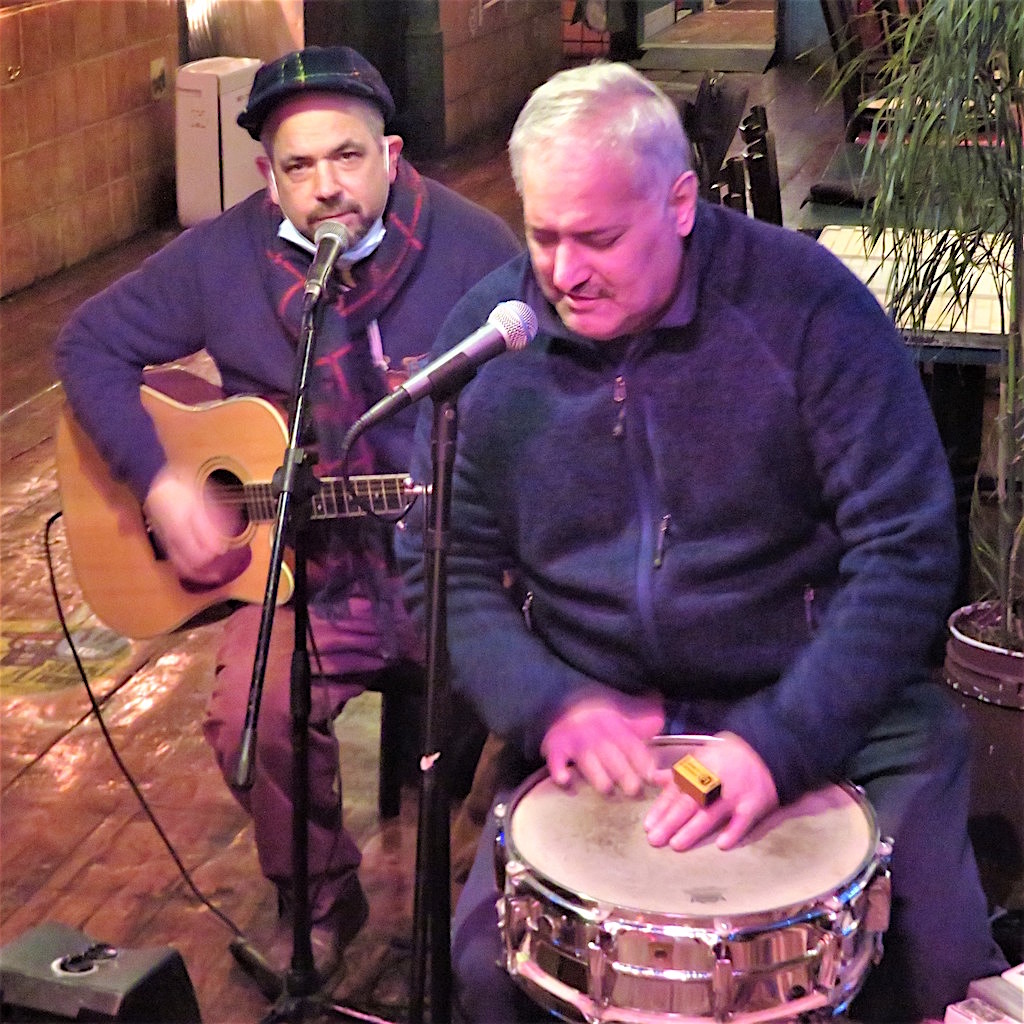 BY EVERYNIGHT CHARLEY CRESPO | Citing New York’s declining COVID infection rates, Governor Cuomo announced on Friday that restaurants could resume indoor dining at 25 percent capacity beginning on Feb. 14, one of the biggest days of the year in the hospitality industry. He cautioned, however, that this is pending the local infection rate continuing its downturn.

Explaining the time frame, Cuomo said the two-week waiting period “doesn’t only give us more time to stamp out the virus even further, but also gives restaurants ample notice to begin preparing for a reopening.”

The hospitality industry, which had been applying pressure to speed up restaurant reopenings in New York, did not get the concessions it requested. It had lobbied the governor for 50 percent indoor capacity, arguing that most of the state has this limit, so the city is being treated unfairly. Cuomo vowed that increasing capacity would happen at a later time if the numbers continue improving.

“Twenty-five percent is better than zero,” he said.

Restaurateurs also petitioned Cuomo to extend the statewide curfew from the current 10 p.m. to midnight. Bit the governor would not budge.

“We’re trying to keep it to just actual eating as opposed to the restaurant turning into a bar,” he said.

Cuomo also will allow weddings with 150 guests beginning March 15, provided that everyone in attendance has tested negative for the coronavirus. This shift in policy originated in the success of two Buffalo Bills home playoff games earlier this month, where the limited number of spectators had to commit to strict testing and contact tracing. The governor suggested that the normalization of rapid pretesting at events may be the key to reopening more venues, from theaters to stadiums, before mass vaccination achieves herd immunity.

“Over all, this is good news, given the trends and the focus on the math, plus a very key statement he made, ‘rapid testing is key to reopening the economy,'” Michael Dorf, founder of City Winery, told this reporter. “This is exactly what we at City Winery demonstrated back in November when we launched our rapid-testing entry program and pushed on the Governor’s Office as a model to reopen. I am glad he has adopted this.”

Cuomo mandated the closure of all restaurants and many other businesses at the start of the pandemic last March. In late September, he permitted restaurants to serve indoor dining at 25 percent capacity. City Winery was among the restaurants that reopened during this time. The venue provided a robust live-music program for its diners five nights each week. Twice a week, the place provided a COVID-free zone, in which all staff and guests were required to take the rapid test. Less than two months later, in early December, Cuomo again prohibited indoor dining. City Winery was among the venues that closed again.

“I would guess two things based on the trends and trying to read the tea leaves in what he is saying,” Dorf speculated. “By March 15, we could have 50 percent indoor dinning and by May we could be at 75 percent capacity. By March 15, music and other entertainment could be allowed with rapid testing and capacity restrictions. With the Department of Heath examining a location for good capacity and ventilation, combined with a strong rapid-testing program, like we did in our dining trial, there will be live music, comedy and theater, in approved locations. This is an exciting opening.”

The Anyway Café was among the few music venues that stayed open after the second shutdown of indoor dining in December. Every night, musicians perform inside the restaurant next to an open door and window for the diners seated outdoors. The cafe has kept the music going, even on the coldest nights.

“I’ve heard the good news — we’ll have indoor diners on Valentine’s Day!” said Natasha Stolichnaya, who books the musicians at the Anyway Café. “We certainly are excited about this, and in general that COVID positivity rates are dropping. We’ll do the same thing as we did before the indoor dining ban. We’ll have musicians play by the window on one side of the room and customers on the other, so everyone will be safe. I cannot thank enough all of our wonderful musicians who stuck around through all of our challenges and brought us and our patrons joy with their beautiful music. They are amazing!”

Marshall Stack was one of the first venues to offer live music during the pandemic, beginning in June. The Lower East Side venue continues to have musicians play inside by open windows to audiences seated outside. The bar will close temporarily for renovations on Feb. 1 and will be open in time for Feb. 14.

“One thing I learned during the pandemic,” observed John Mato, who books live musicians at Marshall Stack, “is not to allow any government or state restrictions or obstacles to interrupt a simple philosophy: Keep going, be patient, put your heart in the right place — and all will work out. If it’s inside dining, no dining, 25 percent, 50 percent…whatever it is, there will be a way. There is always a way.”

Some of New York’s most venerable live-music clubs that closed in March 2020 cannot take advantage of the newly relaxed restrictions, however. They will remain closed until the reopening laws apply to clubs that do not double as restaurants. Webster Hall, Irving Plaza, the Bowery Ballroom and Le Poisson Rouge are among the larger clubs, and the Bitter End, the Village Vanguard, Arlene’s Grocery and Rockwood Music Hall are among the smaller ones.

“We have discussed with the state to have venues like ours classified as a restaurant but we have not been successful as of yet,” said Paul Rizzo, who owns The Bitter End, the longest continuously operating live-music club in New York City. “We can’t open yet. Nevertheless, the governor’s announcement today is a good first step to help with getting back open.”

“It’s good to hear that the numbers are going down in New York City and that indoor dining is going to come back at 25 percent next month,” Jesse Malin told me.

Malin is a musician who leads his own band, but is also part owner of three East Village music clubs, the Bowery Electric, Lola and Niagara.

“I wish that Governor Cuomo would let live-music venues have 25 percent, as well, if they are seated and distanced with the same health guidelines as restaurants,” he said. “It makes no sense to me.

“Music is not just entertainment,” Malin continued. “It’s a medicinal energy that can lift our spirits and heal. Musicians are essential workers for the soul of the public. We are out of work. I want to get on the other side of this by being safe but it seems unfair. Live music is a church, a place of healing, faith and human worship. It is a religion. If people can go to church, fly on airplanes and gamble at casinos, then we should be able to see live shows at a safe and limited capacity.”